Inmates arrested in Coolidge after escaping Florence prison over the weekend

Coolidge police said they received several calls from citizens about the escaped inmates. 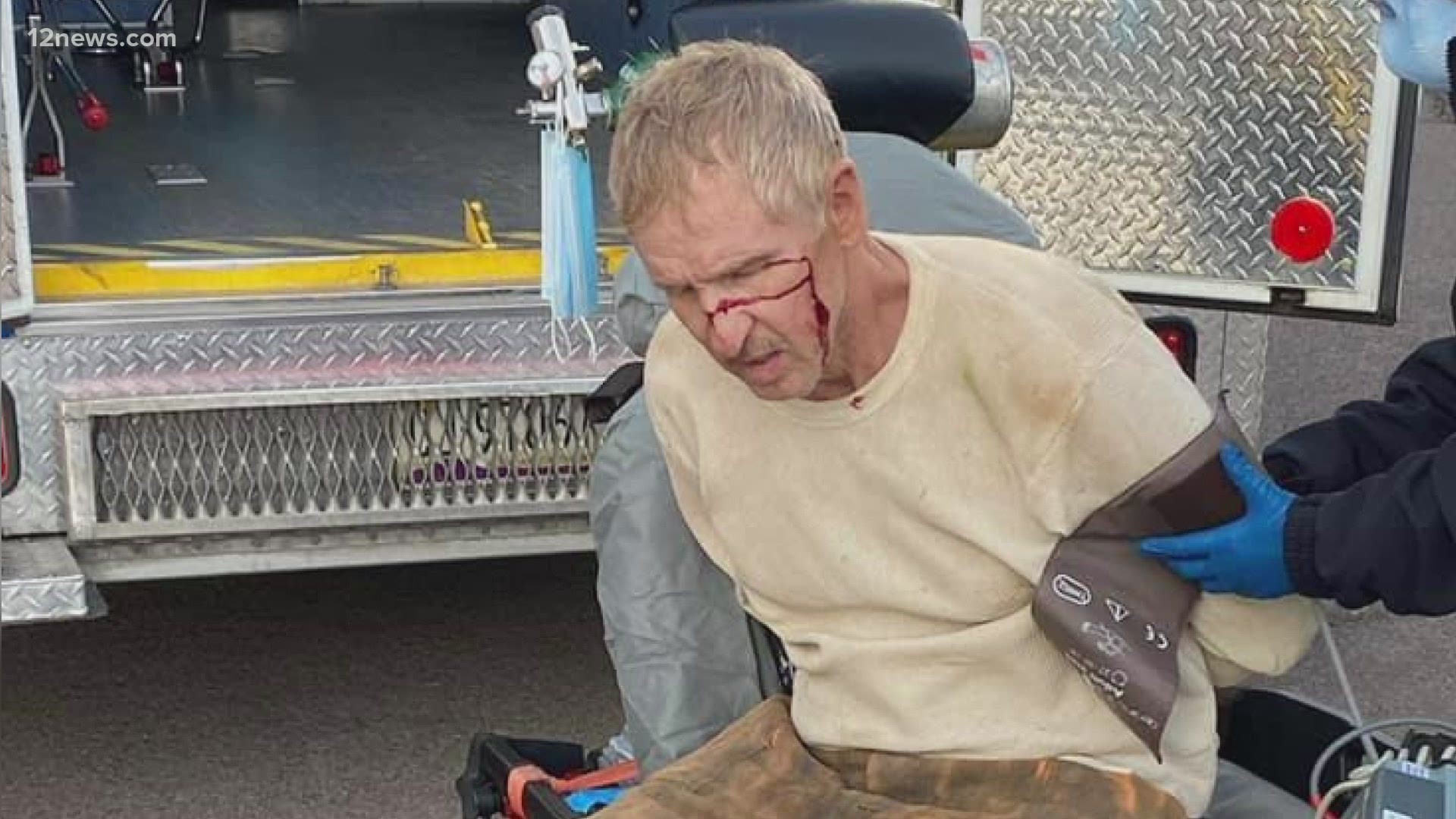 FLORENCE, Ariz. — Two inmates who escaped from an Arizona state prison over the weekend have been arrested, police announced Thursday morning.

John Charpiot and David Harmon were arrested by Coolidge police on Thursday morning after multiple people called police at 9 a.m. and reported seeing the pair.

The fugitives had escaped from Arizona State Prison Complex Florence on Saturday evening.

Charpiot and Harmon were brought into custody around 9 a.m. in Coolidge, which is about 14 miles from Florence, where the two escaped.

Police said they are waiting to be taken back to prison.

Fugitives John Charpiot and David Harmon have been captured. They were the subject of a large-scale manhunt since their escape from the South Unit of ASPC-Florence on Saturday. Additional details to follow. pic.twitter.com/ZXYzzz689v

Coolidge police showed an officer's body-worn camera footage of the arrest during a press conference on Thursday afternoon.

It showed officers chase down the fugitives in a field off of Highway 87 and use Tasers on them.

The inmates who escaped the state prison in Florence on Saturday have been captured. This is all thanks to our incredible law enforcement personnel and public safety officials. Thank you for your work to track down these dangerous individuals and protect Arizonans! https://t.co/YeWU0ko0Go

Charpiot and Harmon were last accounted for at 4 p.m. on Saturday and were missing from the prison by the institution’s 8:30 p.m. count.

According to the Arizona Department of Corrections, the pair took tools from the prison’s toolroom to escape.

On Twitter, the Arizona Department of Public Safety released a new photo of the pair when attempted to rob a Florence business on Saturday after they escaped.

DPS said in the tweet that Charpiot and Harmon have ongoing medical issues and may have attempted to visit pharmacies or drug stores.

Law enforcement described the two inmates as dangerous, and they were concerned the pair was still near the prison due to the lack of possible sighting tips they had received.

There was a $35,000 reward per inmate for details leading to their arrest.

The escape is still under investigation.

On Saturday, Jan. 23, 2021, fugitives David Harmon & John Charpiot attempted to rob a business in Florence. The attached image depicting the fugitives was taken from security footage.

Both men have ongoing medical issues and may attempt to visit drug stores or pharmacies. (1/2) pic.twitter.com/rhKdJd2QBL

12 News has obtained documents going back decades to give insight as to why law enforcement considers these prisoners so dangerous.

Charpiot was not supposed to be released for another 22 years and Harmon for another 40 years.

Court records for Harmon date back to 1989 and 2010 and detail similar charges.

Documents indicate police think Harmon broke into women’s homes, held them against their will, and tried to sexually assault them.

ADCRR told 12 News Harmon also escaped from police custody while on his way to jail.

Harmon was convicted on kidnapping, burglary, and attempted sexual assault charges, among other charges, leading him to be sentenced to a total of 100 years in prison.

Court documents for Charpiot show he was charged in 2010 and later convicted for sexually abusing three young girls and attempting to molest them.