The two men helped pull an attacker off a woman Tuesday morning. Phoenix police were able to arrest the man, and say they connected him to another attack. 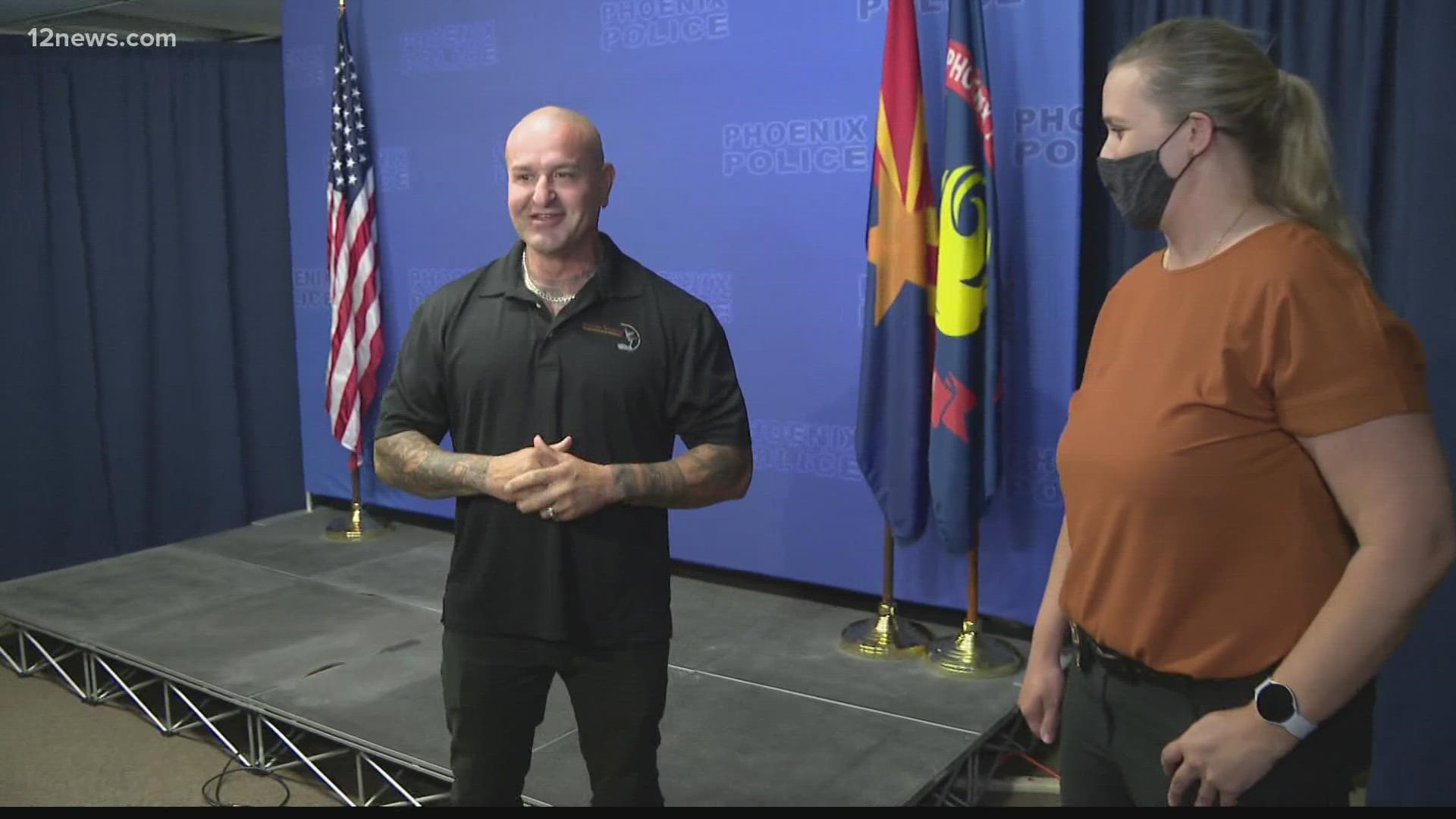 PHOENIX — Josh Zaruba said he was running late Tuesday morning and accidentally took a wrong turn near 7th and Campbell avenues in Phoenix.

“You could call it a great coincidence that this all happened, but it was something else,” Zaruba said.

But, it may have actually been the right turn.

“A woman just kind of pulled straight in front of me and kind of honked her horn and rolled down her window, and I’m like ‘Hey, what’s up?'” Zaruba said. “And she’s like, ‘Hey this woman is getting attacked right down the road, I need some help, like right now.’”

Zaruba, who is a former Marine, found himself trying to help an elderly woman.

“I tried to get his hands off of her neck even that was not enough – I pulled his backpack on his back so hard, both the straps ripped off,” Zaruba said.

He had more help come when Ruben Gomez made a u-turn. He was on his way to the gym, but saw the scuffle on the side of the road.

Both men said the attacker was strong, but between the two of them, they were able to pull him off of the woman.

“You got two guys trying to take you off this woman and you don’t want to let go? It just didn’t make any sense to me,” Gomez said. “There was something wrong.”

A similar story, a similar face

About 24 hours earlier on Monday, Phoenix police were called out to the canal area near Dunlap Avenue and Camelback Road.

They said a woman who was jogging on the canal was sexually assaulted by a man.

Justus said the woman was thrown into the canal while she was unconscious. Two bystanders were able to pull her out to safety, however, the attacker got away.

The woman was able to help police put together a sketch of the attacker, which an analyst noticed was similar to Michely’s mug shot from the Tuesday attack.

Police said detectives were able to use data from an ankle monitor Michely was wearing to place him at the canal during the time the woman was attacked.

Court documents said Michely was wearing a GPS ankle monitor because he was on a U.S. Immigration and Customs Enforcement hold.

“This is an awful situation, but it’s nice to see the community coming forward and helping each other like that,” Justus said.

Michely is now facing charges for both attacks. He’s being held in the Maricopa County Jail on a $500,000 secured appearance bond.