The accusations against Tammie and Lee Brady include zip-tying a 12-year-old girl with spina bifida, putting her in a closed bucket and putting items on top of it. 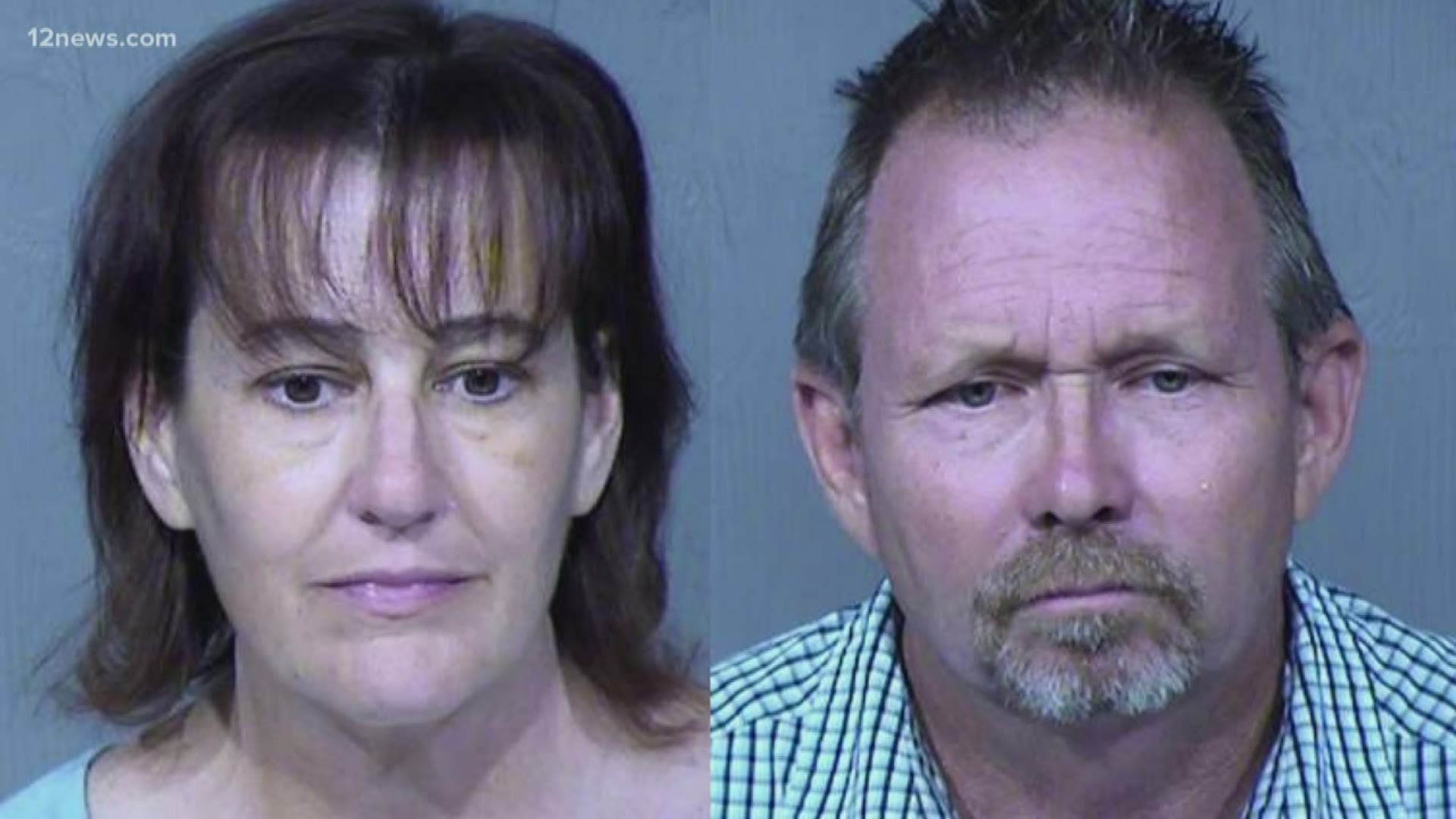 Editor's Note: This article contains details that some readers may find disturbing.

Court documents detailed the brutal abuse at the hands of Tammie Lyn Brady and her husband Lee Steven Brady against two of their adopted children, ages 9 and 12.

The abuse includes Tammie allegedly starving the children, hitting them, threatening, calling them names, pouring buckets of water on them, zip-tying, choking, beating them with a belt, kicking, cutting, smacking and grabbing them by the hair.

According to the court document, the 12-year-old girl – who has spina bifida and uses a wheelchair, leg braces, a walker and has a catheter and colostomy tube at all times – told police earlier this month that Tammie was "not treating her right" and was "doing a lot of bad things to her."

The girl also takes care of her colostomy tube on her own.

The girl said Tammie would hit the girl a lot, threaten her and call her names. Tammie would also allegedly leave the girl outside often and make her go days without eating.

RELATED: How prevalent is child abuse in Arizona?

After the girl would have accidents, Tammie would allegedly make her wash herself and her clothes in a bucket, then put her wet clothes back on and wear them until she was dry. Tammie would also pour buckets of water on both children.

The girl told police that Tammie would also make her ride naked in the trunk of the car while they were driving.

While the family would travel the country in their RV in 2018 before they came back to Arizona this year, Tammie would also allegedly zip-tie the 9-year-old boy and make him get in the bathtub of the RV, according to the girl.

"I thought I was gonna die until she finally dropped me," the girl told police, according to the court documents.

Tammie also allegedly left the girl in the garage and beat her with a belt until she got "scratches all over and was bleeding."

While in the Surprise home, Tammie also allegedly kicked the girl in the stomach, making her hit her head on the floor, then zip-tied the girl's hands and feet so she couldn't move, put her into a bucket in the garage and closed the lid.

Tammie also allegedly would stack items on the lid of the bucket so the girl couldn't get out. The zip ties also left bad marks on the girl.

The girl said she would almost suffocate. She added that she was put in the bucket more than once.

"It was so dark," the girl said when police asked what she saw while she was in the bucket, according to court documents.

RELATED: 'We’re happy that the kids don’t have to go through this': Pinal County officials speak out after death of YouTube mom Machelle Hobson

The 9-year-old boy told police that he screamed after Tammie poured a bucket of water on him, so she brought him inside, cut him with a knife then smacked him because he wasted a Bandaid and told him not to tell anyone.

The boy also told police that Tammie would flick him with her finger and pinch him, lock him in the trailer naked and zip-tie him, forbid him from eating for three days and force him to eat rotten food.

The boy added that Tammie always made him stay outside, sleep outside, eat outside and do everything outside. He said he could not do his schoolwork because it was so cold.

According to the boy, Tammie would also "ground him" from eating treats and bread, put him in the bathtub, zip-tie him while naked and leave him there for hours. He said she most recent time Tammie allegedly zip-tied him in the bathtub was in Utah.

The boy also told police that Tammie also made his sister sit in a bucket of ice for 20 minutes and would grab his sister by the hair and throw her into the living room.

"I don't want to go back to Mommy, but I kind of miss Daddy," the boy told police, according to the court documents. The boy added that he doesn't like "pretty much everything" about his mom.

It was not immediately clear where some of the allegations occurred due to the family's travel history.

All six of Tammie's and Lee's children were interviewed by police.

One of the other children told police that Tammie used to punch them when they were not listening and said she believes Tammie is "mental." She added that Tammie kicked everyone out of the RV after her brother was acting crazy one day and when her brother came out, he had cuts on his fingers.

The child also told police that Tammie and Lee would zip-tie the boy to a chair and also when they were in the car.

Another boy told police that if they did all did their chores to Tammie's liking, they were allowed to have breakfast. He also told police that his brother and sister had to be zip-tied sometimes when Tammie was tired because she needed rest.

Tammie and Lee Brady were taken into custody by U.S. Marshals on Tuesday and were interviewed separately. Lee told police that he did not know of the incidents that the children spoke about but disclosed that at times while living in Surprise, he would restrain the boy from his "rage" by zip-tying his shoes together and that he forced the boy to shower under a water spigot outside.

Lee would not say whether the children were lying about the abuse allegations or whether he was lying to protect his wife. When an officer said it appeared that Lee was protecting his wife, he replied: "Rightfully so."

Tammie also denied the specific allegations of abuse and would not provide an explanation as to why the children would disclose that information and why the other kids were able to back it up.

When asked about the girl being placed in a box and zip-tied, Tammie said it was possible that she said this because it was a form of "time out," which she referred to as "taking a break."

Tammie and Lee also have a documented history of alleged abuse against their children. According to the court document, the children have reportedly been removed from the couple and placed in the custody of the Department of Child Safety in 2016 and 2019.

They were both ordered to post a $30,000 bail in order to be placed on house arrest and electronic monitoring and are set to appear in court next on Nov. 26. 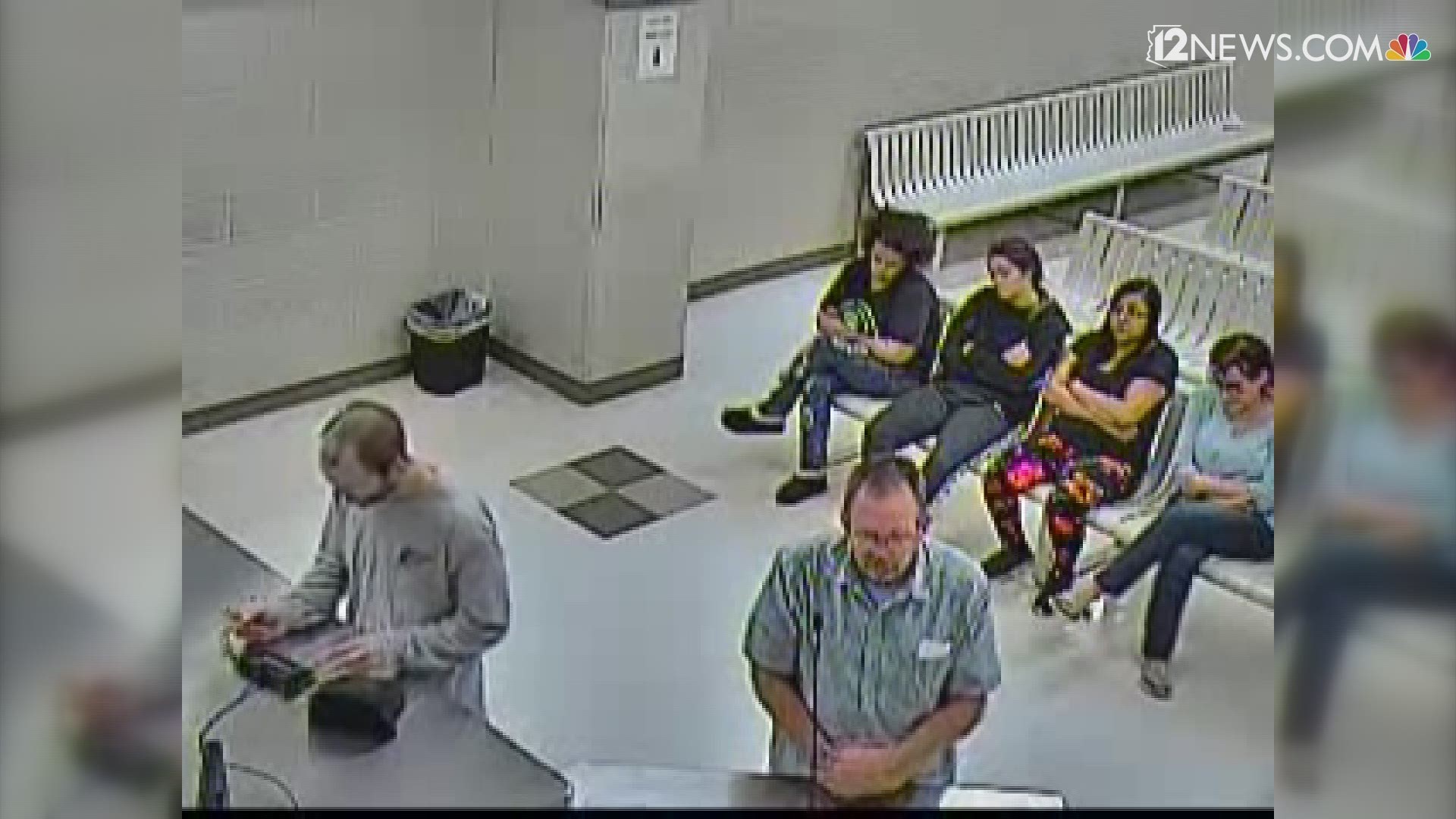 Knowing the facts about child abuse can make a difference. Here is a list of resources with information on how to identify and prevent child abuse and neglect.