John "JJ" Davis, 15, was found dead from a gunshot wound in a Glendale parking lot back in December. Investigators need help finding the shooter. 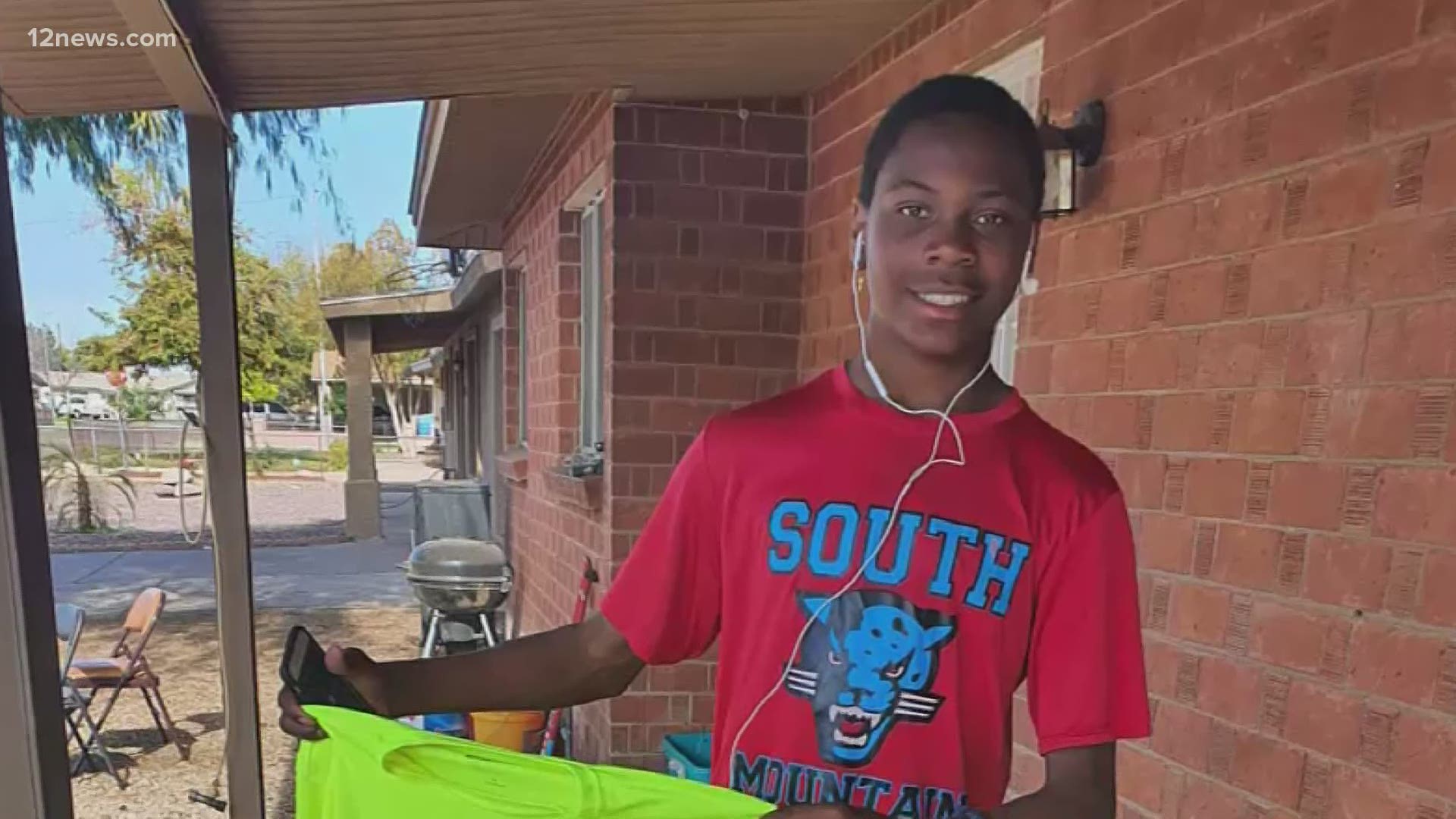 GLENDALE, Ariz. — On what would have been John "JJ" Davis's 16th birthday, Glendale police released a public plea for leads in the young man's shooting death.

Davis was found with a gunshot wound, lying in a parking lot of a townhome complex near 43rd Avenue and Bethany Home Road around 7 p.m. on Dec. 7.

The 15-year-old boy was pronounced dead at the scene.

Investigators believe he might have been robbed and killed.

The boy's mother M'Leka Flowers told police in a video interview, aimed at generating leads in the investigation, that she tried calling her son several times when he did not call for a ride home from his after-school job.

"I continued to call his phone, calling all of his friends, and no one had heard from him. Until I finally get a call back from the detectives. And they said that they had found his phone with the body but they didn't know if it was him for sure," Flowers said.

Flowers described her son as a wonderful young man, who was loved by everyone. He was active in his church and enjoyed playing sports. He attended South Mountain High School and had dreams of becoming a sportscaster.

"When JJ was taken from us, it just impacted our entire family. No child should be taken away in that manner and for us to not know why," Flowers said. "I beg you to please from forward."

Anyone with information about what occurred on 12/7/2020 is asked to contact authorities. There is a cash reward available through Silent Witness up to $1,000. You can remain completely anonymous. Please call 480-WITNESS, 480-TESTIGO, or Glendale Police at 623-930-3000.

Watch the video here for more information on the case.