Jacob Chansley made front pages worldwide for his role in the riot at the U.S. Capitol. 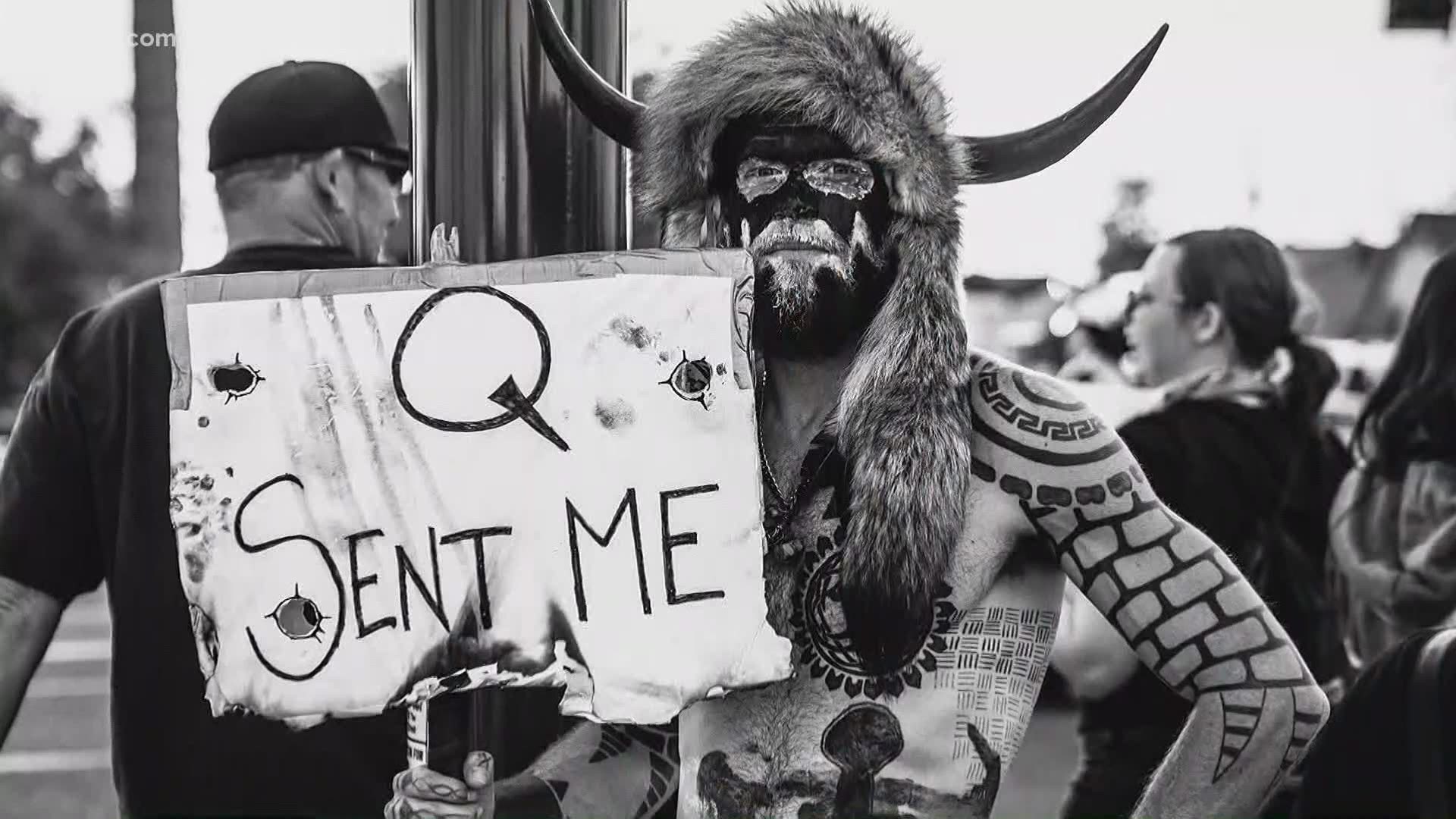 PHOENIX — The protester who gained notoriety for wearing face paint and a buffalo-style headdress during the violent raid on the U.S. Capitol was in federal court Monday.

Jacob Chansley, also known as Jake Angeli, was present through a telephone for his initial appearance.

Chansley was arrested on two charges, both misdemeanors, after entering the Capitol last Wednesday.

RELATED: Jake Angeli: The story behind the horned Arizona protester in the Capitol unrest

Chansley was seen roaming the halls, standing up to the police, and pictured on the floor of the U.S. Senate in his distinctive garb.

Now he is behind bars.

His lawyers said Chansley has not eaten since entering custody on Saturday. According to Jacob's mother, he only eats organic food or he gets ill.