The bicyclist was transported to a local hospital where he was later pronounced dead, the Chandler Police Department said. 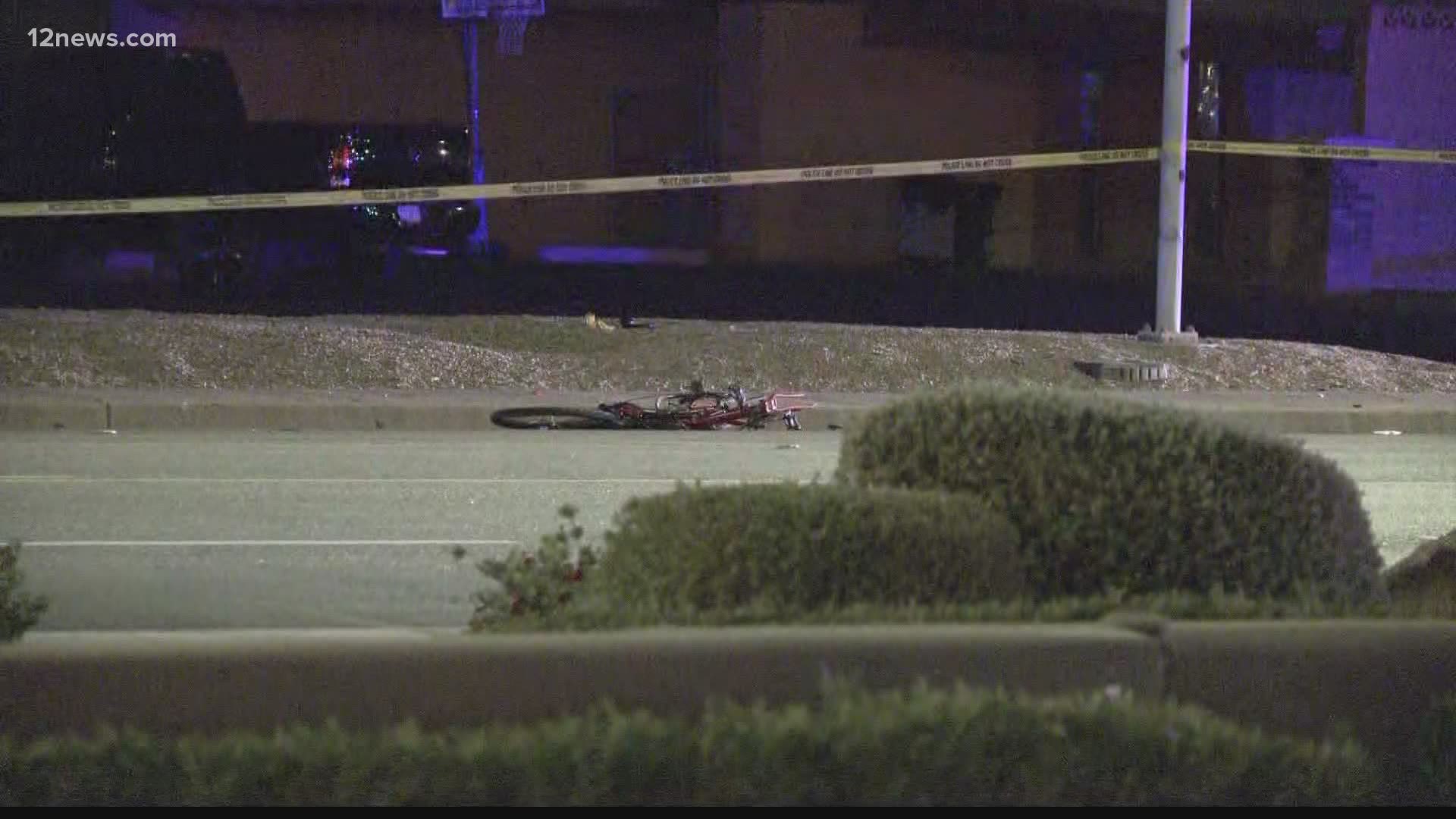 CHANDLER, Ariz. — A man has died in a local hospital after being hit by a truck while riding his bicycle early Wednesday morning in Chandler, the city's police department said.

Officers were called to the area of Del Rio Street and Alma School Road around 2:45 a.m. from reports of a bicyclist down in the roadway, police said. An initial investigation into the incident revealed that a Dodge Ram truck hit the bicyclist and continued driving northbound on Alma School Road.

Police have since located the truck and have arrested the driver, the Chandler Police Department said.

The identity of the driver of the truck has not yet been released to the public by law enforcement.

Get Up To Speed

Catch up on the latest news and stories on the 12 News YouTube channel here.