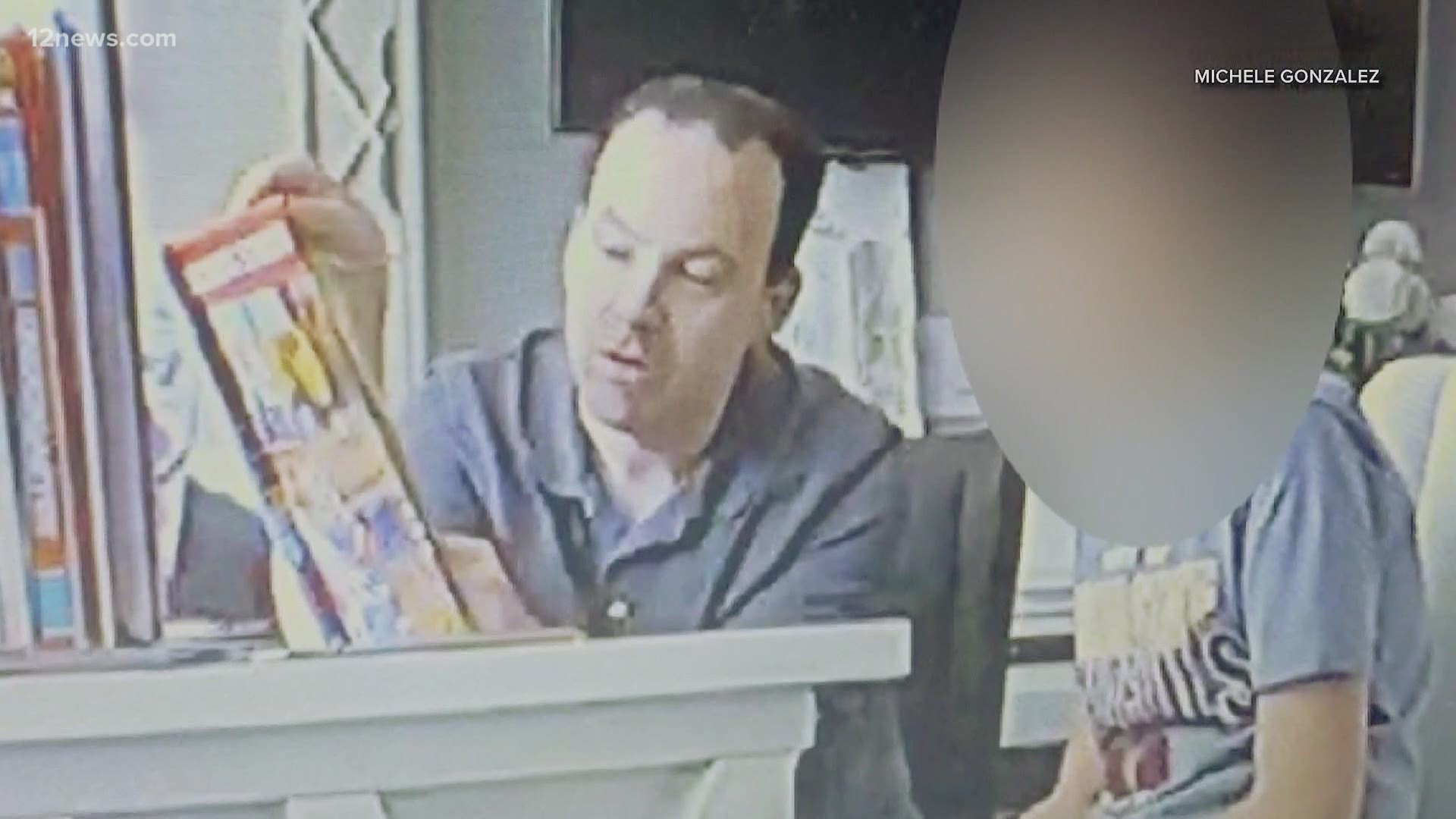 Michele Gonzalez is finally breathing a sigh of relief.

Gonzalez says she and her husband had to fire their tutor Brett Smith last April.  The couple says they caught Smith on their nanny cam, rubbing their then 12-year-old son’s back during a tutoring session in their Chandler home.

"He was looking at my son so passionately," she said over the summer.  "Like the way I look at my husband."

On Tuesday, records show that Smith turned himself in on a warrant for multiple fraud charges in a case that's now run by the Attorney General's Office.

According to the AG's Office, the indictment accuses Brett Smith, also known as Brett Zagorac, of "fraudulently misrepresenting his background and credentials to obtain private tutor employment and access to children as a private tutor."

"If us parents were able to check him out properly, nobody would have hired him," Gonzalez says.

Under that name, Zagorac was arrested at least 10 times over the past two decades in Illinois and Indiana for a variety of charges ranging from inappropriate touching to sexual abuse.  In some cases, prosecutors dropped charges. But in three incidents, he was convicted of misdemeanor battery and served time in jail.

He legally changed his name to Brett Smith in Maricopa County in June 2019.

The indictment says that Smith, on or between August 2019 and April 2020, misrepresented and omitted facts from a name change application with the Maricopa County Superior Court in order to get his name changed and conceal his past history of arrests and convictions for misdemeanor charges in Illinois and Indiana.

Court documents list 12 different aliases he’d use with clients, including "BJ the Educator."  Even though he was arrested for fraud, documents still list this as a juvenile sex crime case.

Michele just hopes sharing her nightmare will spare others the same heartache.

Smith is also still in a lawsuit battle with DPS over whether he should be allowed to have a fingerprint card to work with kids.

He’s due back in court next week.