'He had so much to live for': Mesa family speaks for first time after son was shot, killed

Gerry Anau, 19, was killed Friday night. His family said he was trying to get money back from someone who sold him fake Airpods online. 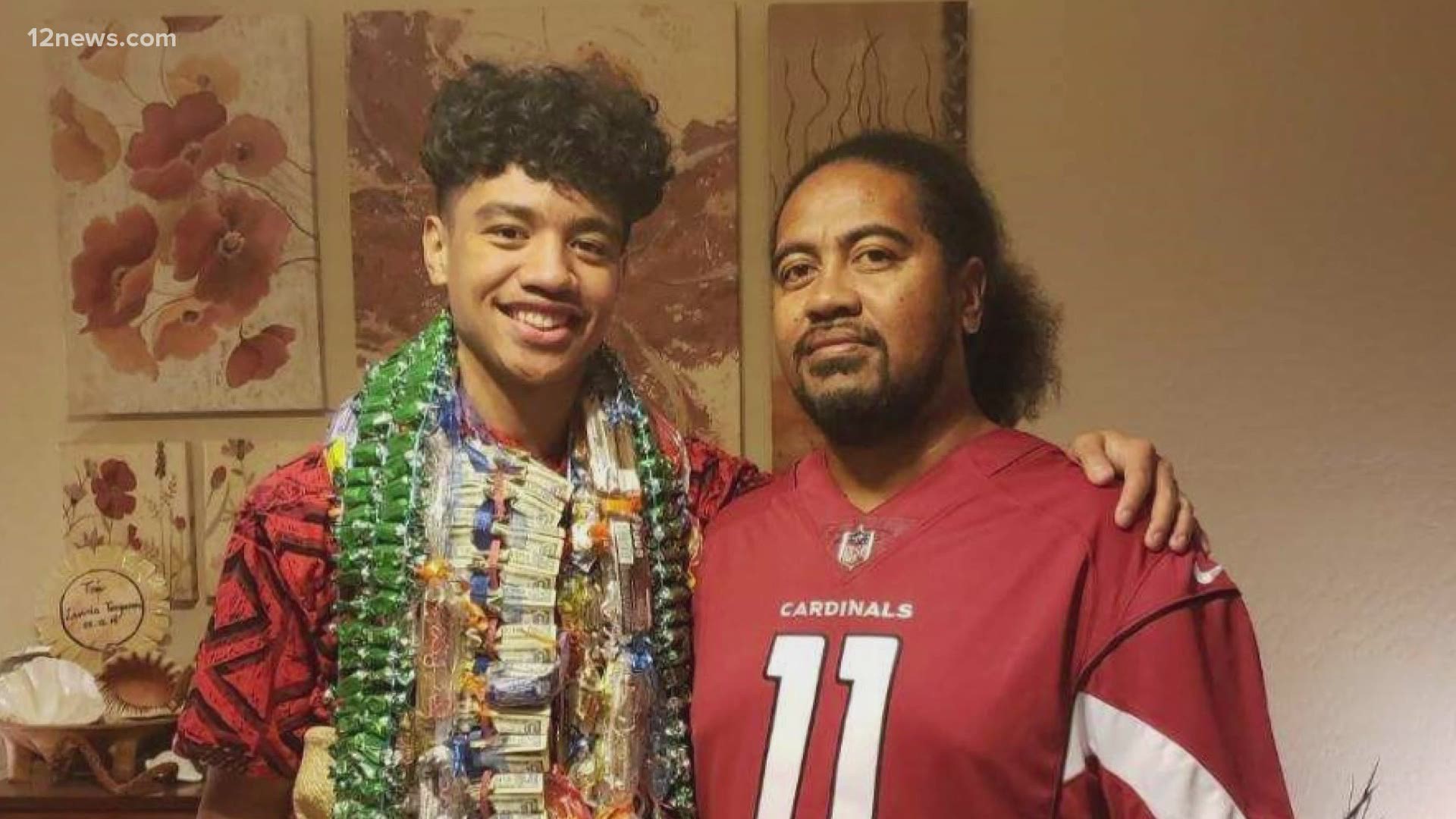 MESA, Ariz. — A 19-year-old man has died and another is behind bars following a shooting near Alma School Road and Southern Avenue in Mesa on Friday night.

The 19-year-old was Garry Anau.

“He just had the right heart you know, he would have done so much,” Seul and Pou Anau, Garry's parents, said.

According to his parents, Garry was a straight-A student who loved sports, family, God and his community.

Garry graduated last year and was planning on attending Grand Canyon University after the pandemic with hopes of being a sports reporter.

Garry participated with his family to raise money for Poly Praise, which helps out the families ancestral home in Tonga.

"He would have been a great father and a husband, he wanted to serve his community," Seul said.

According to the Anau's, Garry had bought a pair of what he thought were Airpods. However, he learned they were fake and went with his cousins to get a refund.

His parents said they were told at that point the seller pulled a gun on them. One of the cousins attempted to grab the gun as it went off, but it ended up hitting Garry.

“It feels like a foggy dream or nightmare," Seul said, "We have cried all our tears out. There really is nothing left to cry.”

The family said they are relying on their faith to help them get through these tough times. They plan to continue to be active members in their community and to continue to raise money for those less fortunate than them.

"We believe we are going to meet him and see him one day and that’s what’s sustaining us,” Seul said.

They have made a GoFundMe page.