Christopher Navarro was found hiding in a child's crib inside a west Phoenix home after he fled from officers when they arrested him for having fake license plates. 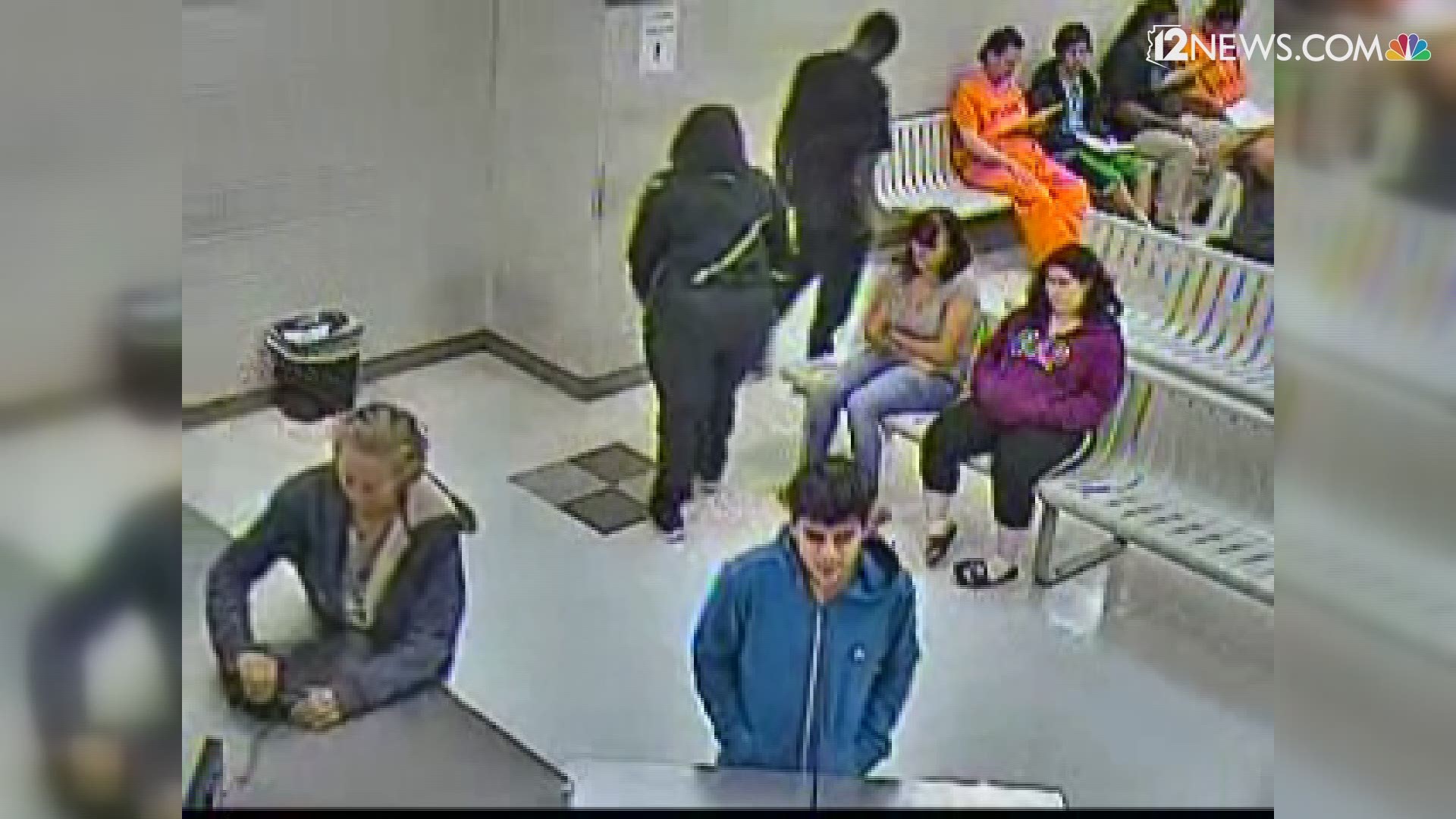 A handcuffed suspect is accused of fleeing officers in west Phoenix, running into a woman's home and hiding in her baby's crib -- all after he was arrested for fleeing officers a first time.

Christopher Contreras Navarro was arrested on Monday after an officer conducted a records check on a vehicle that ended up not matching its license plate, according to court documents.

Navarro exited the car in a neighborhood near 67th Avenue and Van Buren Street, ran from the officer and jumped multiple fences into two different backyards.

Shortly after, he was arrested near 69th Avenue and Polk Street. Navarro was placed in double-locked handcuffs and put into a patrol vehicle.

He then escaped the car by putting his hand through the metal railing of the car window and opening the back driver's side door and started running.

Another officer was told by a homeowner that Navarro had entered her home through a backdoor and asked her to hide him. She told him to leave but he said he couldn't because police were after him.

Officers found Navarro hiding in a child's crib in the home.

Navarro was arrested and taken to the Fourth Avenue Jail, where he was booked on one count of second-degree burglary, one count of escape in the third degree, one count of resisting arrest and one count of knowingly displaying fictitious plates.

He was also cited for not having car insurance.