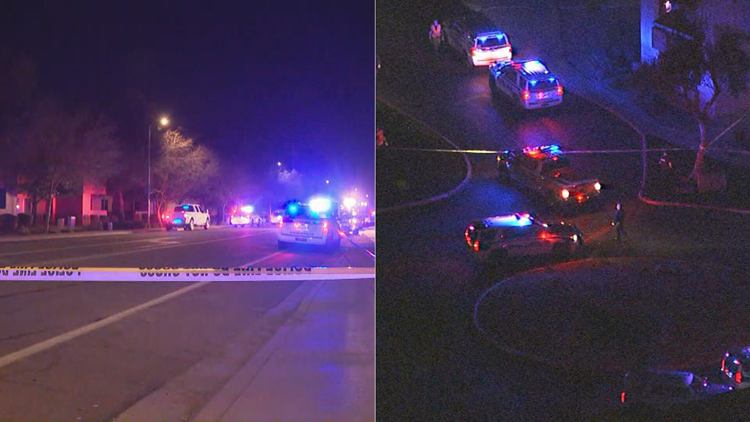 GLENDALE, Ariz — Police are investigating two unrelated shootings that happened near each other in Glendale on Friday night.

A 51-year-old man identified as Jose Ayala and his 19-year-old son, Louis Ayala, were approached by the man's former business partner, a 58-year-old man, in a parking lot near 63rd and Glendale avenues.

The 58-year-old suspect, Robert Mahoney, shot at both the man and his son before shooting himself.

Jose died at the scene. Louis was taken to the hospital with non-life-threatening injuries, where he remains as of Saturday.

Mahoney was taken to the hospital Friday night with life-threatening injuries but succumbed to his self-inflicted injury.

There are no outstanding suspects, police said.

Two other men were shot about 3 miles away near 47th Avenue and Maryland Avenue.

Both have non-life threatening injuries.

Police did not release information about the suspect in the second case.

The shootings are not related, police said.