Christopher Lambeth was sentenced to life in a state mental hospital, but a psychiatry board recommended that he should be released to a group home. 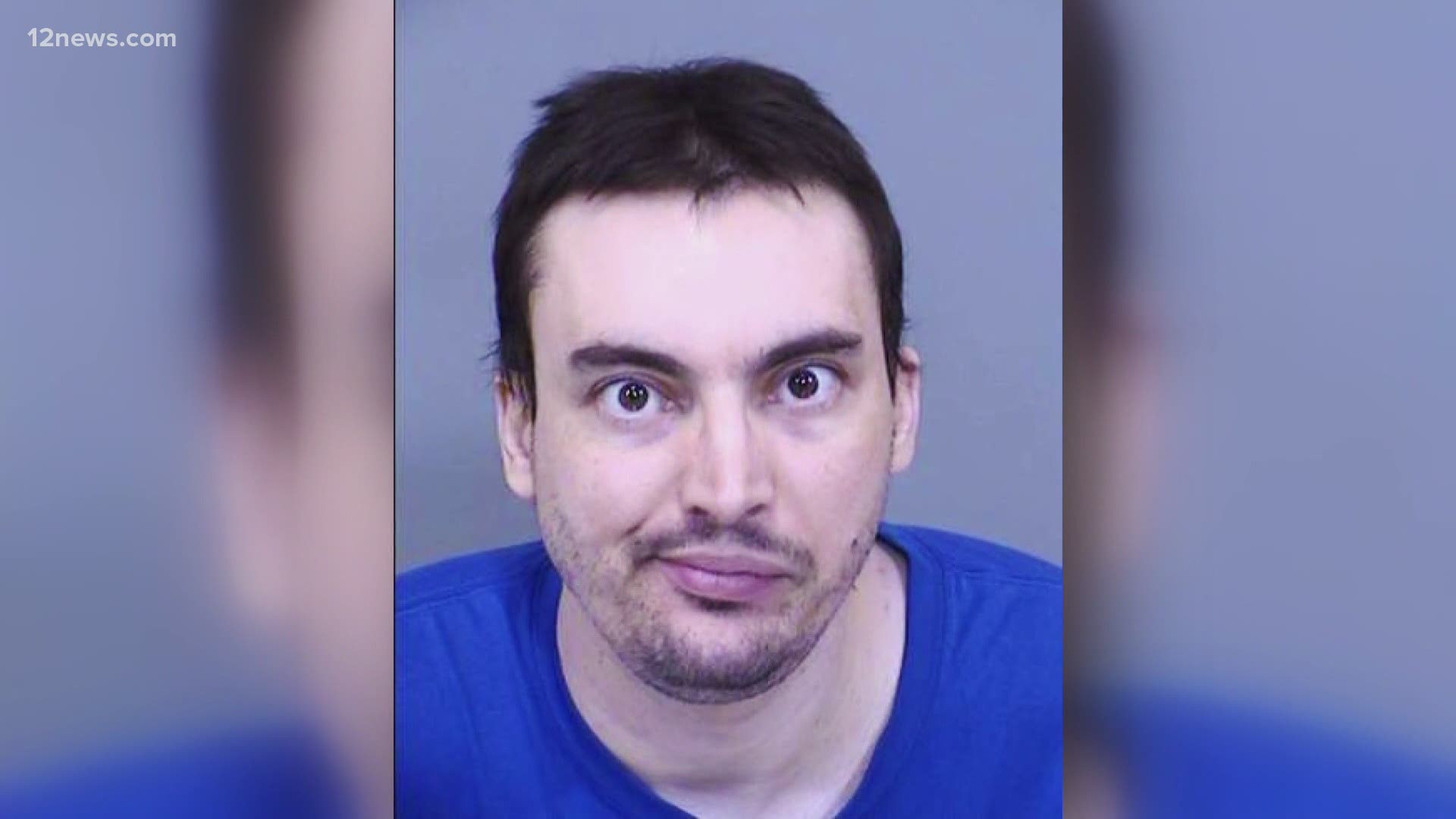 GILBERT, Ariz. — The man accused of beating a man to death in his Gilbert group home on Monday had already been convicted of killing two family members over a decade before.

Christopher Lambeth, 37, was arrested for allegedly beating his housemate to death at a rehab facility in Gilbert.

He was sentenced to life in a state mental hospital, but the psychiatry board in charge of reviewing the cases of the mentally ill recommended that he should be released to a group home.

Police swarmed the facility that Lambeth and the victim called home on a quiet Gilbert street early Monday.

“I mean, they’ve been here all day,” one neighbor said. “There were cops lined up down the road and around the corner here.”

Neighbors know the house is a private care facility.

“There’s always people coming in and out, whether it’s the health workers or the tenants staying here.”

The home would be the scene of a murder investigation. According to court documents, police could see 49-year-old Steven Howells’ body through a window in the house.

RELATED: One dead, one in custody after murder at Gilbert group home, police say

He was lying on the ground with blood around his head. In the shower, police say they found Lambeth washing off Howells’ blood.

They say he told officers he had bludgeoned Howells to death by punching, stomping and strangling him.

But Lambeth has already been twice convicted of murder, according to his court paperwork. In 2005, he was sentenced to life for murdering his grandparents.

He pleaded guilty but was determined to be insane. He was sent to the Arizona State Hospital with the possibility of parole after 25 years.

But according to minutes from the Arizona Psychiatric Security Review Board, or PSRB, Lambeth was approved for release in August 2020, even though court records indicate he lived there longer.

He was on medication, but his doctor was listed as a nurse practitioner and not a psychiatrist. The board unanimously allowed him to live in a transitional facility.

The place where police arrested Lambeth is called Tilda Manor, a behavioral health facility in a residential neighborhood. Gilbert Police say they've responded to the residence 52 times for various calls.

Minutes from the August 2020 PSRB hearing say it was suggested Lambeth move to a facility with 8-hour flex care before transitioning to independent living.

"Eight-hour facilities do not have staff at night and overnight," said attorney Holly Gieszl. "They’re there during the day. This is not unusual."

Gieszl isn’t connected to this case, but she listened to the board hearing and said a lot of red flags stood out to her when Lambeth was up for review.

Gieszl said the board didn’t hear or request a risk assessment, which is done by a psychologist or psychiatrist, that looks at things like past behavior and likeliness to reoffend.

"This comes back to - is this the appropriate placement?"

In group homes like this, Gieszl said it’s not uncommon for residents to have a mix of violent or non-violent backgrounds.

"You’re just living with other people, which of course becomes a risk factor in itself," she explains. "That’s why before you put someone in an environment, you want to make sure that they’re able to function there safely."

In the court paperwork, Lambeth said he was the only person there at the murder.

According to the Arizona Department of Health Services, the facility was fined $500 in December for leaving a resident alone in the house.

12 News tried reaching out to Lambeth’s family, but they refused to comment. Tilda Manor never returned calls for comment and neither did the Department of Health Services.