McClain also has a violent history in Arizona, including an aggravated assault conviction for beating a man with a baseball bat in Apache Junction, records show. 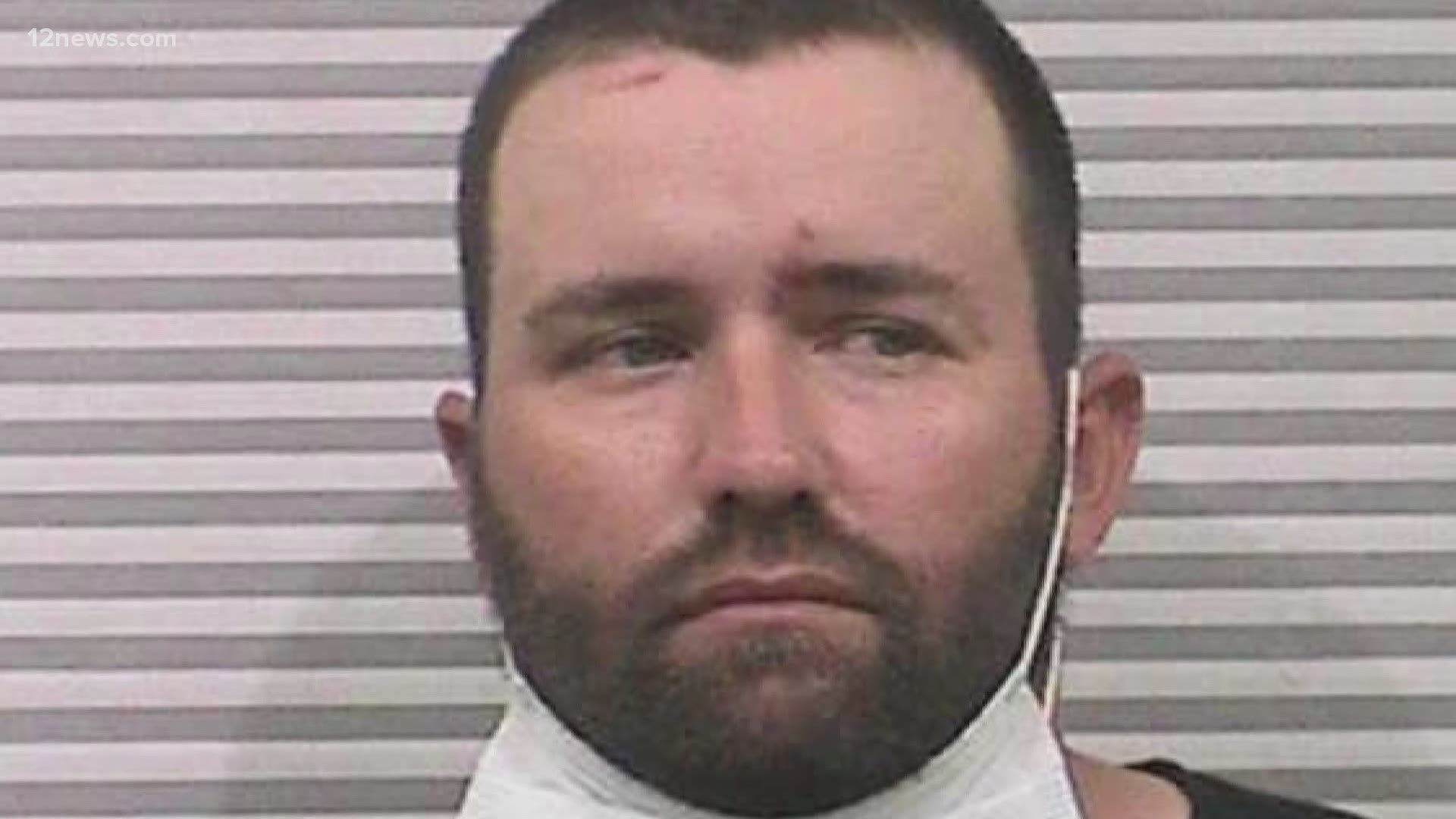 APACHE JUNCTION, Ariz — An Arizona man is behind bars in Utah after police say he attacked his girlfriend at a baby shower.

Court records from Cache County Utah say that Eli McClain is charged with more than a dozen felonies after Logan police say he choked his girlfriend and threw her against a wall at a baby shower.  He also threatened others at the party with a taser.

The attack is the latest in a long list of complaints McClain has faced back here in the Valley, both criminal and financial.

Ads for Eli McClain’s contracting business, Wild Horse Landscaping & Grading, say he’s worked in Pinal County and around the valley for more than a decade.

"I started seeing a totally different side to Eli after he got my business and after he got my money," explains Christy Holder.  "He was doing really nice until he got all my money."

Christy says she hired McClain’s business last summer to put up a five-foot fence around her Apache Junction yard and build new stalls for her horses.

She signed 2 contracts to get the work done and even paid $30,000 upfront, nearly everything she saved for retirement.  But she says the work fell short. She says the fencing around her home varies in size and has holes and gaps in the fence pole welding.

After a few months of incomplete projects, she told him to stop working and confronted him about a refund.  That's when she says he started to threaten her.

"What’s going through my mind is I want my money back and I want him off my property."

Nearly a year later, the unfinished fencing and tools strewn about her yard are a constant reminder that the refund isn't coming.

"That’s the hardest part," Christy says. "It’s been such a hard road that I now just don’t want to be here anymore."

She’s not the only one who feels like she’s been ripped off.

Arizona’s Registrar of Contractors says they’ve had nine complaints over the past three years for McClain’s work. Five of those cases, including Christy’s, have gone to prosecution.

The ROC says he’s also been working without a contractor’s license.

And with McClain behind bars in Utah, Christy’s wrapping her head around the reality that her savings are probably gone for good. Her case through the ROC is still pending.

McClain also has a violent history here in Arizona, including an aggravated assault conviction for beating a man with a baseball bat in Apache Junction, according to Pinal County court records.

12 News could not reach anyone representing McClain or anyone else from his business for comment.

McClain is currently being held in Utah without bond.

RELATED: How to avoid a phony job offer

RELATED: 'I thought it was junk mail' | Stimulus debit cards don't look like you think they would

RELATED: Robocalls are a victim of COVID-19