Each of the priests were assigned to St. Mark's Catholic Church in east Phoenix. 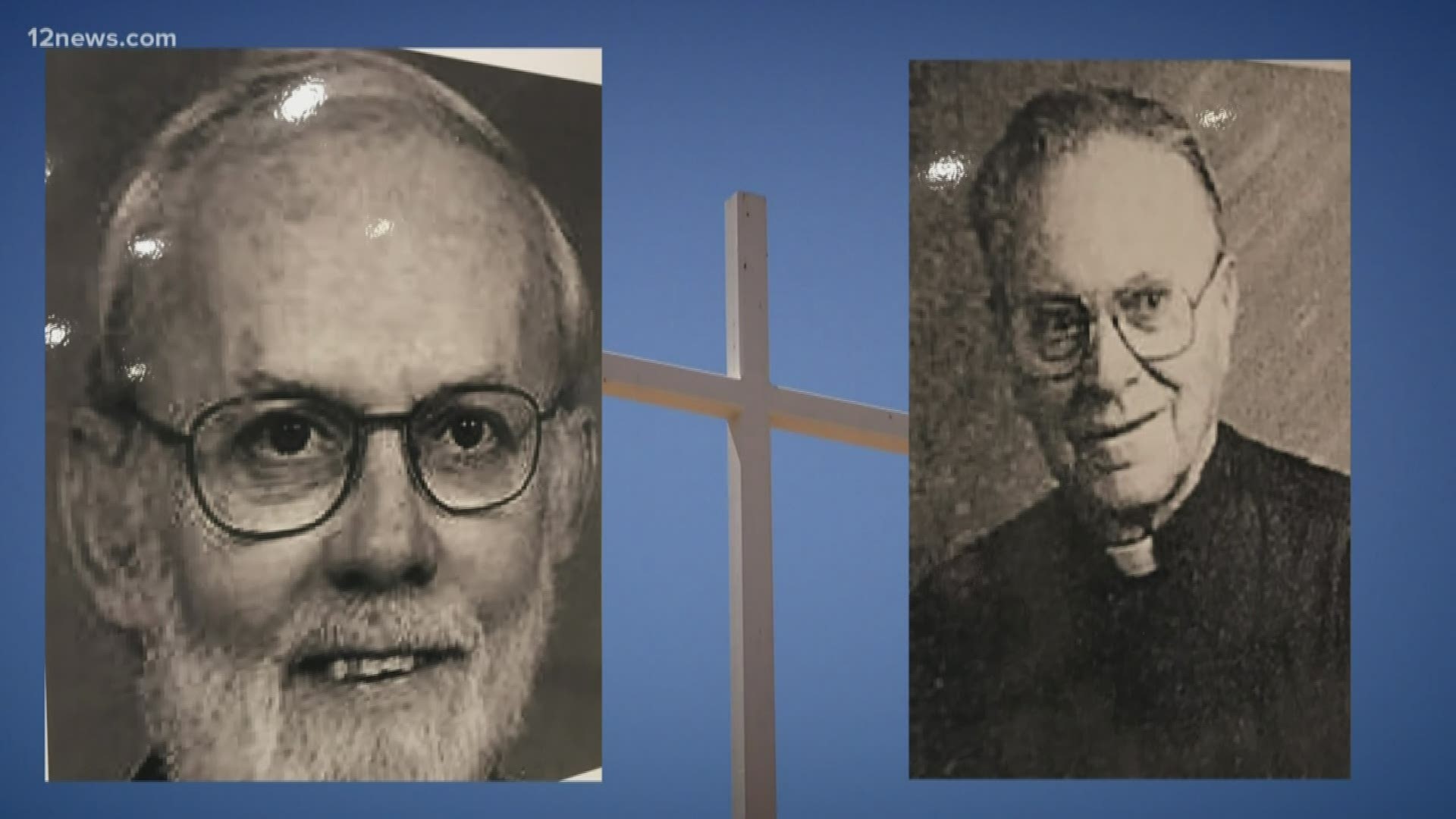 PHOENIX — Two lawsuits filed in Maricopa County Court on Tuesday name two more priests accused of child molestation and sexual assault with ties to the Valley. The documents also allege a conspiracy among a religious order of priests and the Dioceses of Phoenix with covering up abuse.

Saint Mark’s Catholic Church in east Phoenix is at the center of the allegations. The church was home to four priests who either had records of child abuse or are now accused of abuse in the 1970s and 1980s.

Fathers James Bertl and Donald Verhagen, both now deceased, are accused of sexually assaulting a Jane HM Doe during the late seventies and early eighties.  The lawyers representing Jane HM Doe in this case cite the new Victim Right’s law for allowing this case to come forward.

“These lawsuits were allowed to be filed, like others that we recently have filed, and more to come, because the law in Arizona has opened up the perils that have been both past and present," said Jeff Anderson, of Jeff Anderson & Associates, a firm that specializes in cases involving abuse.

The two new lawsuits name three priests, including Father Joseph Henn, who escaped to Rome to avoid previous charges and was extradited back to Arizona.  Henn is now accused in a new lawsuit alleging abuses to a plaintiff going by John FC Doe.

Fathers Henn, Bretl and Verhagen all have two things in common: They are members of a religious order known as Salvatorians and they were all assigned to St. Mark’s Catholic School.

“It was very difficult.  I didn’t know who to go to.  Basically, I felt alone.” Said Michael Borst, who was allegedly abused in the early 1980s.

Borst had filed a lawsuit accusing a fourth priest at St. Mark’s of sexual assault under the name John Doe.  Tuesday, Borst decided to reveal his identity and make a plea to the Phoenix Dioceses.

“To all those victims: You’re not alone,” Borst said.  “To you Bishop Olmstead: This needs to stop.  You need to disclose all the information you have on these vile, sick people that you had in your dioceses.  It is time for it to stop.”

If you or someone you know is a victim of sexual abuse at the hands of a priest, there are resources available through the Survivors Network of those Abused by Priest, or SNAP.