Former detective Christopher Butts, along with five other men, were arrested following a months-long operative against child sex crimes. 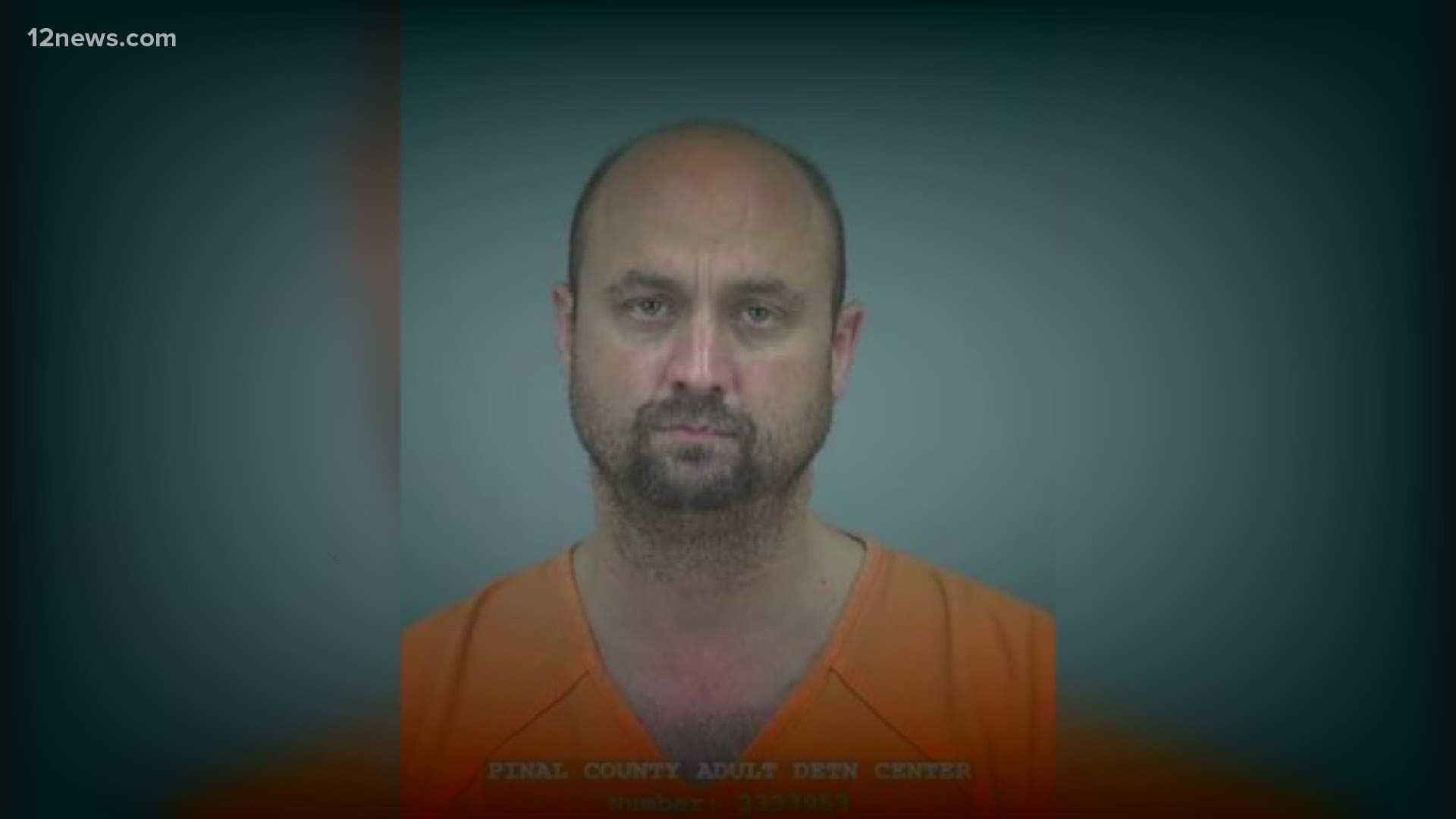 PHOENIX — A former detective with the Maricopa County Sheriff’s Office is accused of trying to entice a minor for sex for the second time this year.

"Operation Home Alone 2" was designed as a proactive operation to combat child sexual exploitation and child sex trafficking. Between Aug. 26 and Sept. 3 multiple arrests were made as a result.

Arizona Department of Public Safety detectives led the joint effort comprised of local, state and federal agencies, which targeted sexual predators who attempted to lure underage children with the intent of engaging in sexual activity.

A total of five suspects were arrested after detectives gathered enough evidence to develop probable cause.

On Aug. 26, detectives arrested 40-year-old Daniel May, of Maricopa, for luring a minor for sexual exploitation.

On the same day, detectives arrested 38-year-old Matthew Salley, of Maricopa, for luring a minor for sexual exploitation.

On Aug. 27, detectives arrested 26-year-old Jordan Holloway, of Maricopa, for luring a minor for sexual exploitation.

On Sept. 2, detectives arrested 44-year-old Christopher Butts, of Phoenix, for aggravated luring of a minor for sexual exploitation and furnishing harmful items to a minor. Butts, a former Maricopa County Sheriff's Office detective, was out on bond for his arrest in Feb. 2020 for the same charges.

“Christopher Butts is under current investigation and was previously arrested this year for the same thing,” AZDPS Information Officer Kameron Lee said.

The former Maricopa County Sheriff's Office detective was arrested back in March and accused of planning a meet up with a teen for sex.

During the interview, he stated he had no intention on engaging in sexual intercourse in fact he had planned on going to the girl's house to tell her mother and or call the police.

He was released from the Pinal County Jail on bond.

On Sept. 26, court documents said Butts allegedly, under the alias name "Brandon", contacted who he thought to be an under-aged, 15-year-old girl.

Documents said Butts asked if the undercover girl wanted to "fool around a bit or wanting to go all the way". He requested "naughty" pictures and then sent a picture of his genitals in a shower. Butts made plans to meet the under-aged girl.

“We don’t care. If you wore the badge or wear the badge and commit a crime, we are going to come after you,” said Kameron Lee.

Butts was assigned to the major crimes division from December 2012 to May 2014 and resigned in lieu of termination in May 2014.

He had a history of disciplinary issues as a detective including having inappropriate contact with a woman after pulling her over, abandoning his post while working and falsifying documents according to his department dismissal letter.

On Sept. 3, detectives arrested 36-year-old Ryan Kellerman, of Maricopa, on charges of aggravated luring of a minor for sexual exploitation and furnishing harmful items to a minor. Kellerman is also a suspect in a child pornography case with the Maricopa Police Department.