The U.S. Marshals Service arrested Justin Walters earlier this week on ten counts of sexual conduct with a minor. 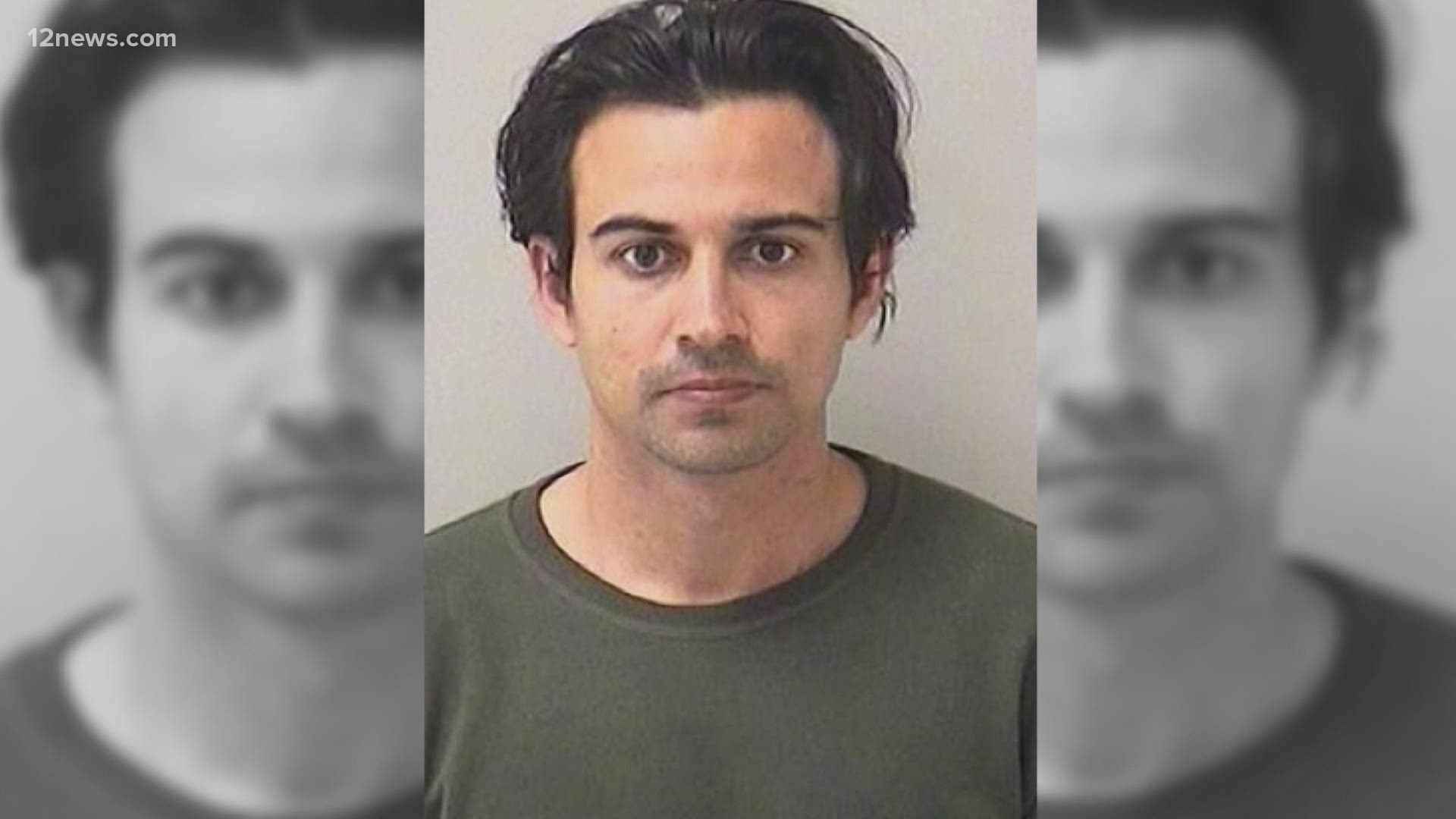 PHOENIX — A former Ahwatukee teacher is facing multiple charges after police said he had ongoing sexual encounters with one of his students.

The U.S. Marshals Service said before Justin Walters started having sex with the teenage girl, he groomed her.

Former teacher faces 10 counts of sexual conduct with a minor

A complaint filed with the court claims Walters had sexual encounters with a teenage female student multiple times from June 2019 to December 2020.

Walters is a former teacher at Desert Garden Montessori in Ahwatukee.

The school sent 12 News a statement in regards to the allegations:

“We have learned through the US Marshal’s office that a former employee of the school has been arrested on charges of inappropriate conduct with a student.  The employee who was arrested has not been associated with the school since December of 2020.

At this time, we do not have any additional information.  We will continue to cooperate with the authorities until the investigation is complete.

Our students’ safety remains, above all, our highest priority and any threat to that safety is taken very seriously. Our attention remains with the well-being of our students, our staff and our community during this difficult time.”

In total, Walters faces 10 counts of sexual conduct with a minor.

Documents said he fled to Turkey when Phoenix Police began investigating and the U.S. Marshals Service said they arrested him this week in Illinois. At last check, Walters has not yet been extradited back to Arizona.

In June of 2019 former Goodyear teacher Brittany Zamora pleaded guilty to three charges including sexual conduct with a minor.

In that case, it started with texts in a classroom messaging app, that moved to Instagram where they became explicit. Those ultimately led to Zamora having sexual contact with her 13-year-old student.

Technology has made ‘grooming’ easier

Sgt. Jason Troth with Mesa Police is a former investigator of these kinds of crimes.

He said grooming often starts with someone paying attention to a victim.
“Paying them compliments, telling them how nice they look,” Troth said. “And at some point, it goes beyond that.”
Troth said social media and technology has made it easier to groom victims.

“That’s what predators are looking for, an opportunity to connect,” Troth said.

Troth recommends parents keep cell phones out of kids’ rooms, and communicate with them before an incident what the privacy expectations are on their devices.

He said contracts with kids regarding their devices, outlining how there is no expectation of privacy on those devices, can help have more open communication later on should something happen.

“If you start to see changes in their behavior, you know your kids best, that’s when it’s time to sit down and maybe dig into that phone a little bit and find out what’s going on,” Troth said.