A US District Court judge sentenced Manuel Orrego-Zavala to 42 months in federal prison for reentering the United States illegally after previously being deported. 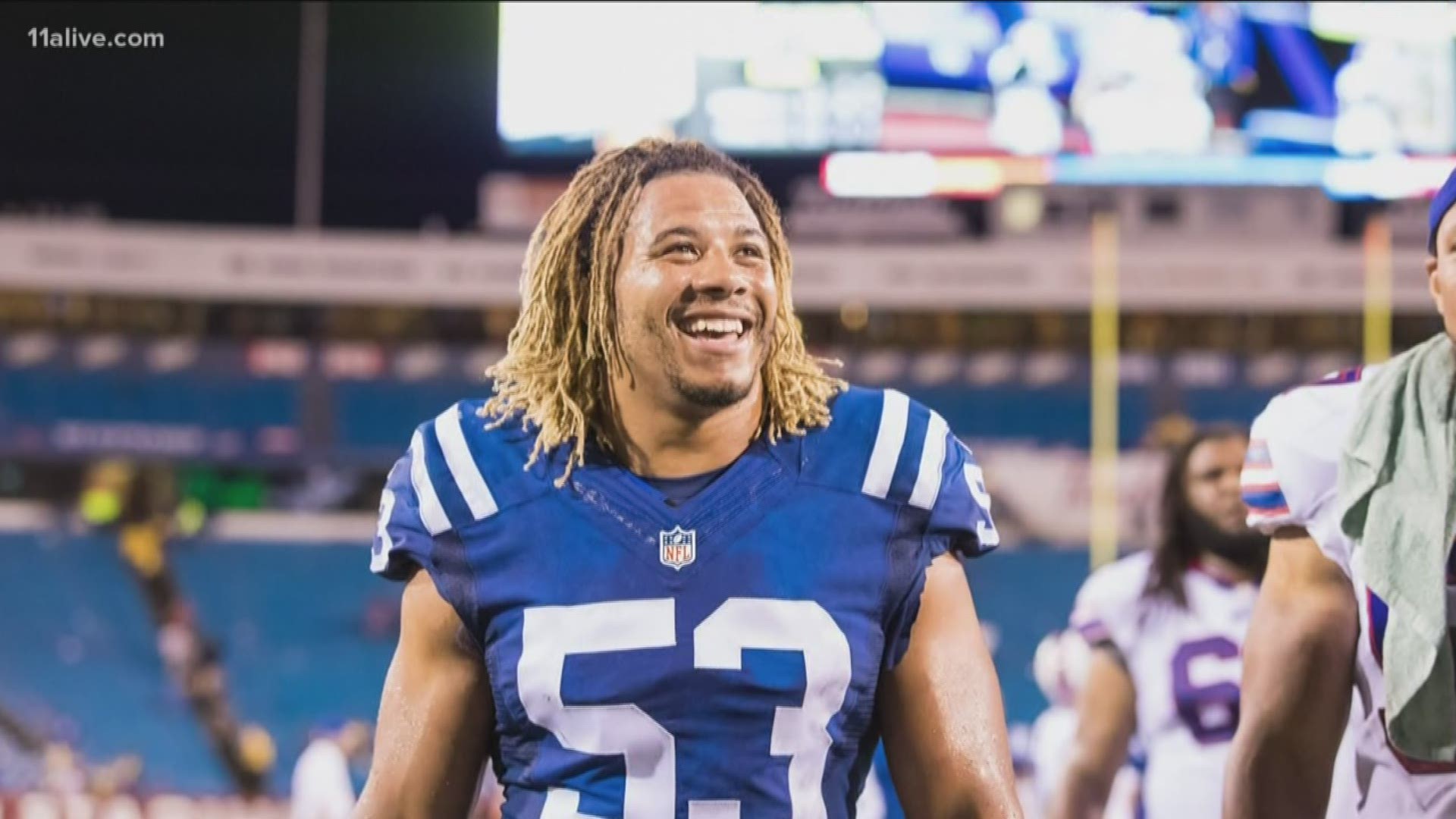 INDIANAPOLIS — The Guatemalan man previously convicted for the February 2018 drunk driving crash that killed Atlanta native and former Indianapolis Colts linebacker Edwin Jackson has been sentenced to an additional 42 months in prison by a federal judge, according to a U.S. Attorney on Tuesday.

In the crash, Jackson and his Uber driver, Jeffrey Monroe, were stopped on the shoulder of Interstate 70 in Indianapolis, when 38-year-old Manuel Orrego-Zavala's pickup truck veered onto the side of the road, killing both men.

Orrego-Zavala pleaded guilty in July 2018 to two counts of operating a motor vehicle with a blood alcohol count almost three times the legal limit in Indiana. He was sentenced at that point to the maximum possible term of 16 years in state prison for causing death while operating a vehicle while under the influence of alcohol.

On Tuesday, following another guilty plea, U.S. District Court Judge Jane Magnus-Stinson sentenced Orrego-Zavala to 42 months in federal prison for illegally reentering the United States after having been deported.

“Mr. Orrego-Zavala re-entered the country illegally for the second time before he put the public safety of Indianapolis at risk and took the lives of two innocent men on February 4, 2018,” said U.S. Attorney Josh Minkler. "This prosecution represents our office’s commitment to charging aliens that illegally re-enter the country, especially if they are a risk to public safety or there is a criminal history present."

According to court records, Orrego-Zavala was convicted of two drug felonies in California before he was deported from the U.S. for the first time in 2017.

Orrego-Zavala was found in the United States a second time, in May 2009, and removed again at that point.

Following Jackson's death, President Donald Trump tweeted about the incident, saying that it was "so disgraceful that a person illegally in our country killed Colts linebacker Edwin Jackson."

In a second tweet, the president sent his condolences to the Jackson family, calling him a "wonderful young man."

At this week's sentencing hearing, Assistant U.S. Attorney William McCoskey told the Court that a consecutive federal sentence would be appropriate because it would "send a strong message to the defendant and others similarly situated that we are a nation of laws and that there are real consequences that come from violating those laws."

The judge said that Orrego-Zavala's 42-month sentence must be served consecutively to the state's sentence of 16 years.

The case was the result of an investigation by the Indiana State Police and the Department of Homeland Security.

"This individual’s criminal and immigration histories clearly demonstrate a total disregard for U.S. law," said DHS Special Agent in Charge James Gibbons. "Let this sentence serve as a reminder that Homeland Security Investigations prioritizes the prosecution of those who are intent on disrespecting our laws and putting the community at risk."

Following his federal sentence, Orrego-Zavala faces deportation from the United States once again.

Since his death, an Edwin Jackson Memorial Scholarship has been started in his honor and memory by Colts owner Jim Irsay.

Family identifies 2 teens accused in attempted robbery who were killed