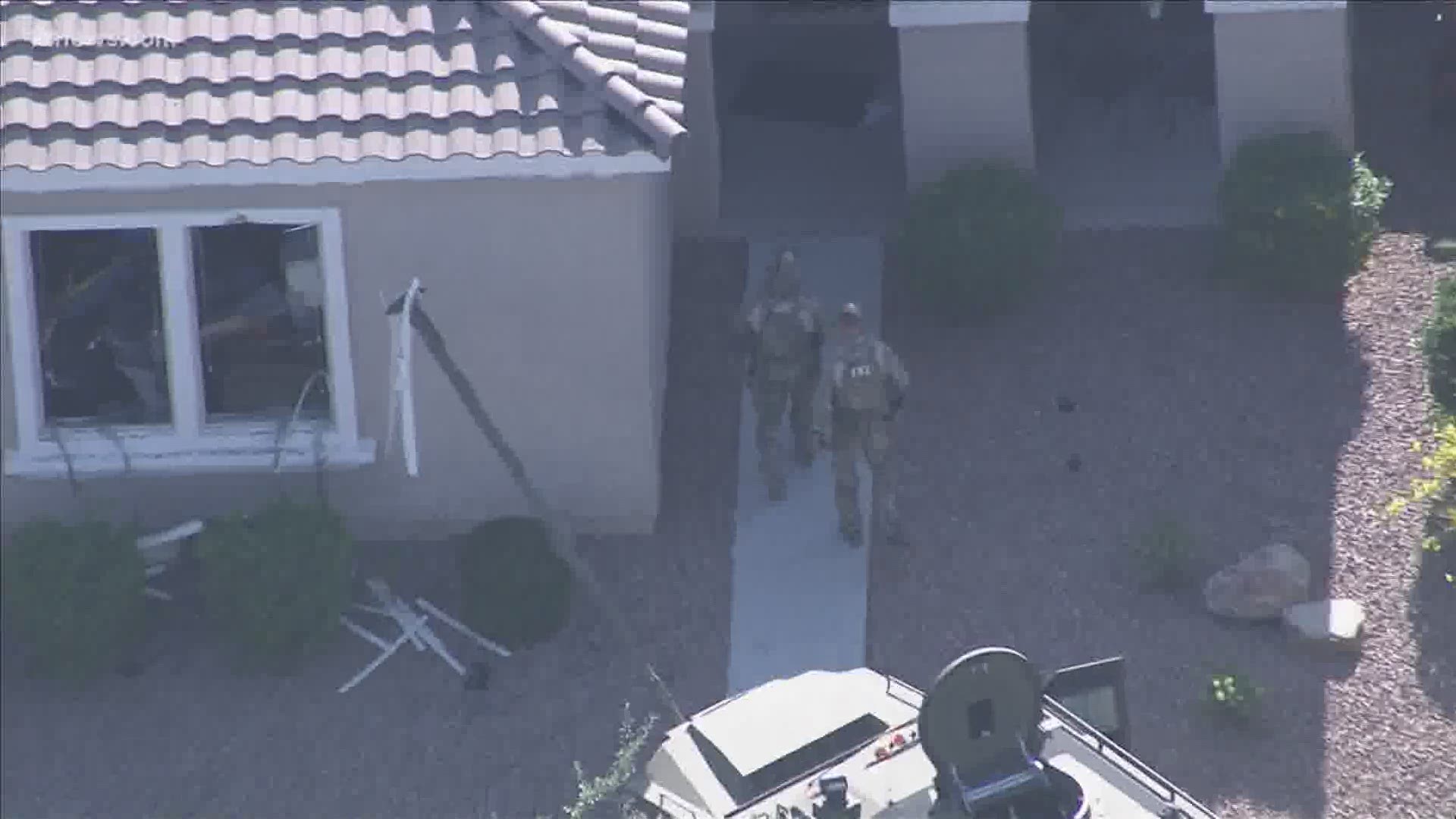 Micah Austin Goodale, 26, was arrested at a home near Ellsworth and Cloud roads Tuesday afternoon after a warrant was issued out of Hawaii.

Goodale is accused of posting explicit images and video of a former partner along with her personal information on several websites and social media.

Investigators say he also sent repeated death threats to the woman and her family.

“The troubling allegations in the complaint highlight an all-too-common form of criminal activity enabled by the increased connectivity we have through the Internet: cyber-stalking and cyber-harassment,” said Kenji Price, a federal attorney in the district of Hawaii.

Goodale will make his initial court appearance in a federal court in Arizona.