Family of murdered teen continues push to find her killer

Itzel Espinoza was shot and killed on July 3. Police say 18-year-old Lindsey Aguilar pulled the trigger and has a felony warrant for her arrest. 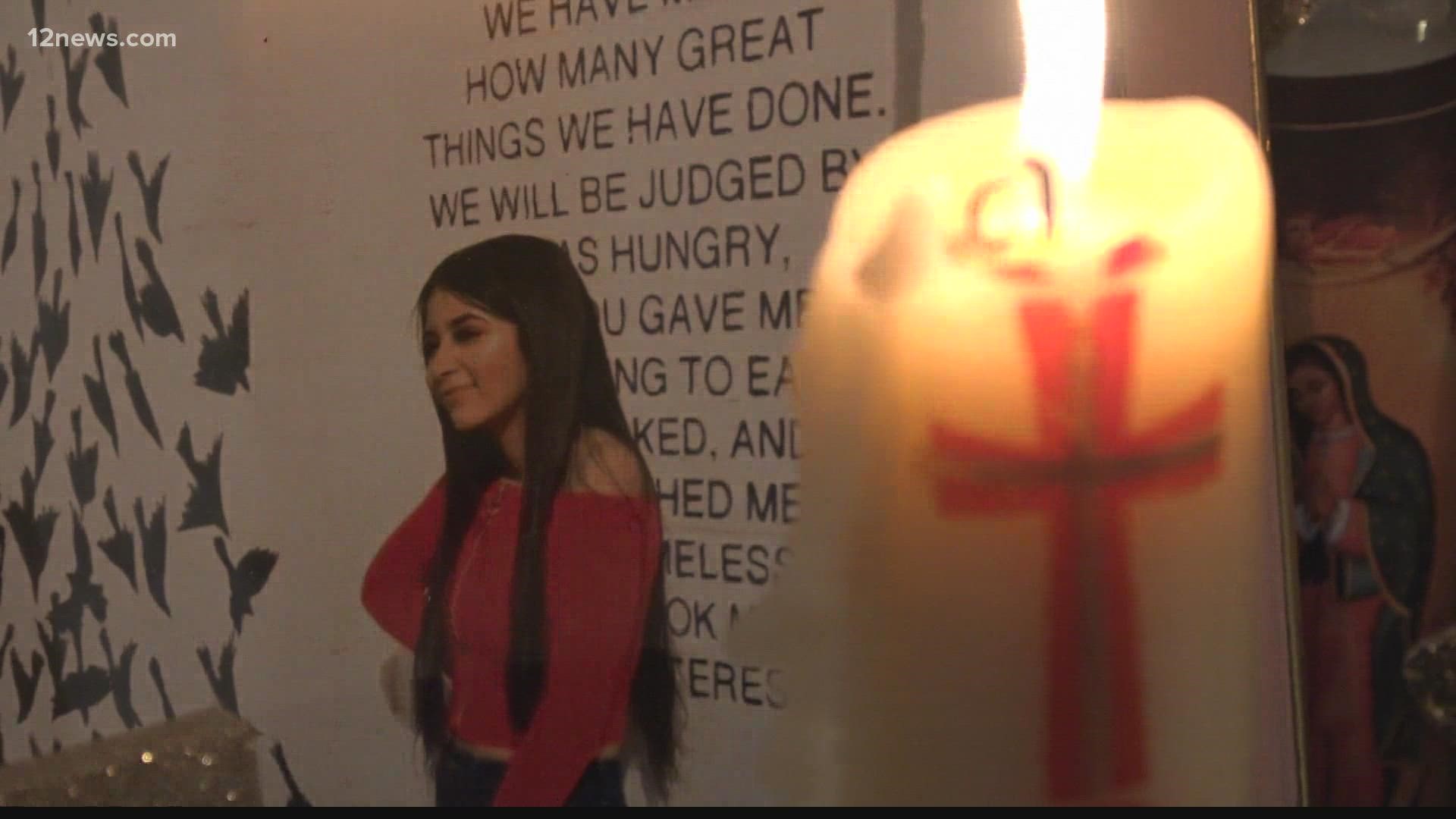 PHOENIX — It’s been nearly four months since Itzel Espinoza was shot and killed in south Phoenix, but the main suspect in her case is still on the run.

Espinoza’s family has kept the 17-year-old’s room intact, just like she left it. Her make-up, shoes, and even the unfinished bag of chips sitting on her vanity have been left untouched.

The room has an addition of balloons and posters from the 18th birthday celebration the family organized for Espinoza at her grave almost two months after her death.

“We have our moments, it’s been a process, but we are better,” said Eduardo Espinoza, Itzel Espinoza’s father.

He said some days are better than others as they grieve the loss. Especially knowing that the person that pulled the trigger and murdered Itzel Espinoza remains free. But their mourning has brought hope.

“She hasn’t faced justice yet. That’s the keyword, yet. Because it’s going to happen sooner or later,” Eduardo Espinoza said.

On July 3, investigators believe 18-year-old Lindsey Brianna Aguilar shot and killed Itzel Espinoza. They said it happened after the two had an argument near 35th and Southern avenues in Phoenix.

Itzel Espinoza’s body was found in an alley, in the passenger side of the car with multiple gunshot wounds.

Aguilar has a felony warrant and police are actively working to locate her.

Despite being far from beginning to heal the pain of losing a daughter, Espinoza’s father said he remains optimistic that justice will be served, even if it takes years.

“I strongly believe she is going to get brought to justice, it’s not just a feeling, I know she will. I have faith and I’m a believer so I know she will,” Eduardo Espinoza said.

Anyone with information on Aguilar’s whereabouts is urged to call the Phoenix Police Department or Silent Witness at 480-(WITNESS), 480-(TESTIGO) for Spanish.