Shavone Robinson, 30, was found dead in her Phoenix apartment in May. Her family is still seeking answers. 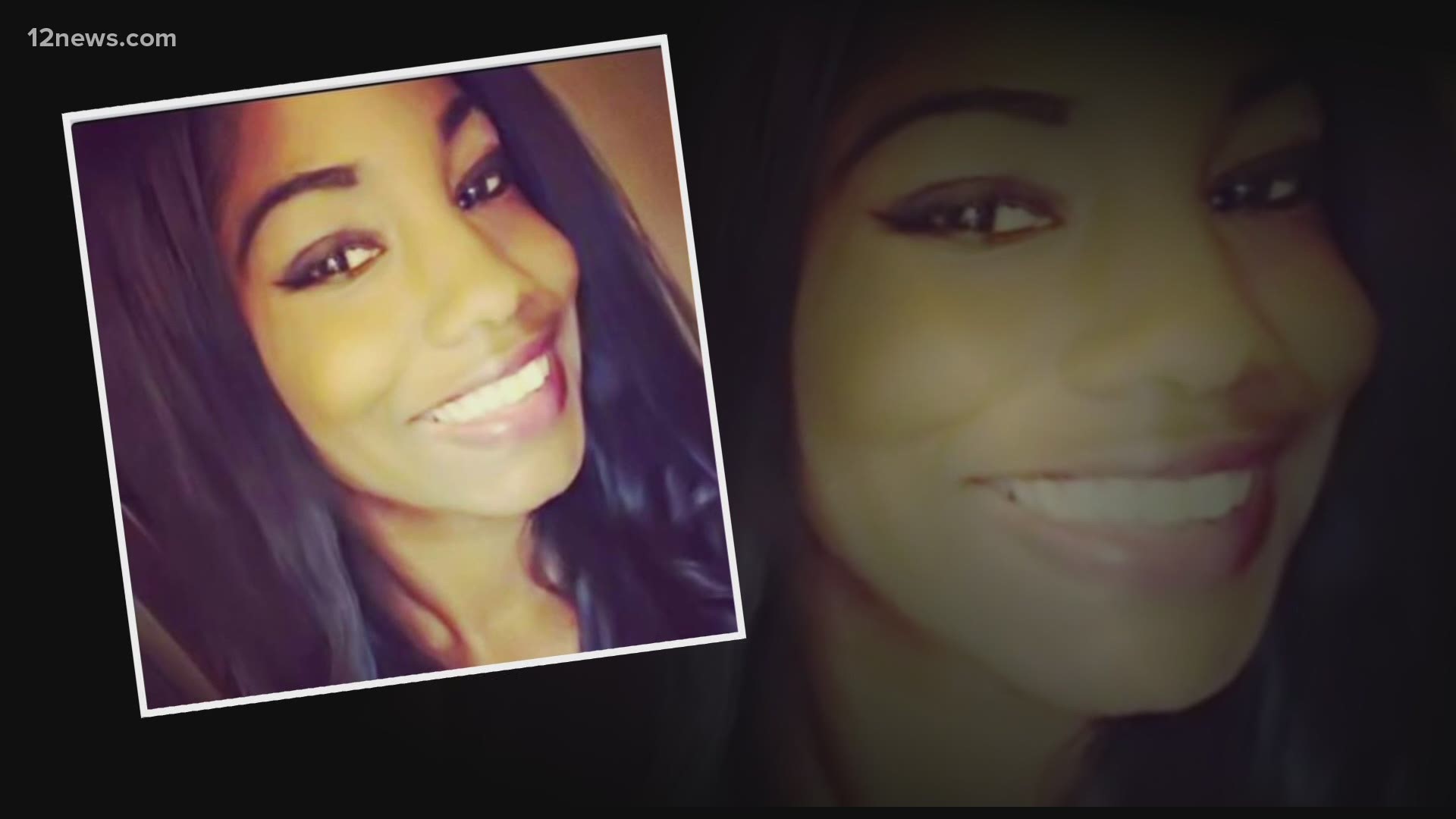 PHOENIX — It’s been an agonizing month for Shavone Robinson’s family.

The 30-year-old, single mother was brutally killed, and her body was found on May 17. Authorities were called to her Phoenix apartment near 19th Avenue and Camelback Road after two of her toddlers were found crying, naked on the balcony.

Since then, police have released no information about what led to her death, who the suspect is or a possible motive.

“We’re just trying to be strong as a family,” said Kika Robinson, the victim’s older sister. “But there is definitely a big piece of our family missing.”

On June 11, Shavone Robinson was laid to rest. Three days before that, Kika Robinson said that they found out her sister had been stabbed multiple times in the neck, forcing them to change funeral arrangements to have a closed casket at her viewing.

Now that her sister is finally resting, Kika Robinson said the family is looking for answers, but investigators have been short on details.

After pressing detectives, she said police told their family that Shavone Robinson had been dead for a couple of days before her body was found, there was no force of entry at her apartment, and no murder weapon had been found.

“So, we as a family think that someone was still in the apartment because no one heard the kids crying or anything until Monday, we last spoke to her on Thursday,” Kika Robinson said.

The family was also frustrated by the lack of an in-depth look at Shavone Robinson’s apartment by detectives.

One key item missing was the victim’s cell phone and the family said they found it in an unpacked box inside a closet days after police had inspected the residence.

Shavone Robinson was the youngest of eight. She was described as a vibrant, bright soul by her loved ones.

As a teenager, she loved to dance, watch movies, and play card games. As a mother, she gave it all for her four children Sakari, Sakirah, Arien and Aria.

Shavone Robinson and her kids had only been living at Tides on 19th for about two months before she was killed.

After the three youngest children were found inside the apartment with their dead mother, Kika Robinson said that they are visibly traumatized.

“The little daughter, she will say like out of nowhere, she would tell me, ‘Oh mommy is bleeding.' Like a lot, and, you just hold her and tell her, ‘Yeah, well she is in heaven now, you don’t have to worry about that anymore." It just breaks your heart,” Kika Robinson said.

As many questions remain, the family is working to launch a non-profit organization geared at helping children of crime victims. Kika Robinson said that the idea came from the massive challenge of finding proper care and counseling for Shavone Robinson’s children.

The family is also in the early stages of creating a daycare to help with the same mission.

Silent Witness has a $1,000 reward for any information that leads to the arrest of a suspect. Kika Robinson said that they will also set up a reward in hopes of getting to the bottom of the investigation.

“The least we can do for my nieces and nephews is give them answers for when they do get older and ask us questions, to give them justice for their mom,” Kika Robinson said. “She didn’t deserve that at all.”