Ryan Whitaker was shot and killed by a Phoenix Police officer after he answered the door with a gun in his hand in May. 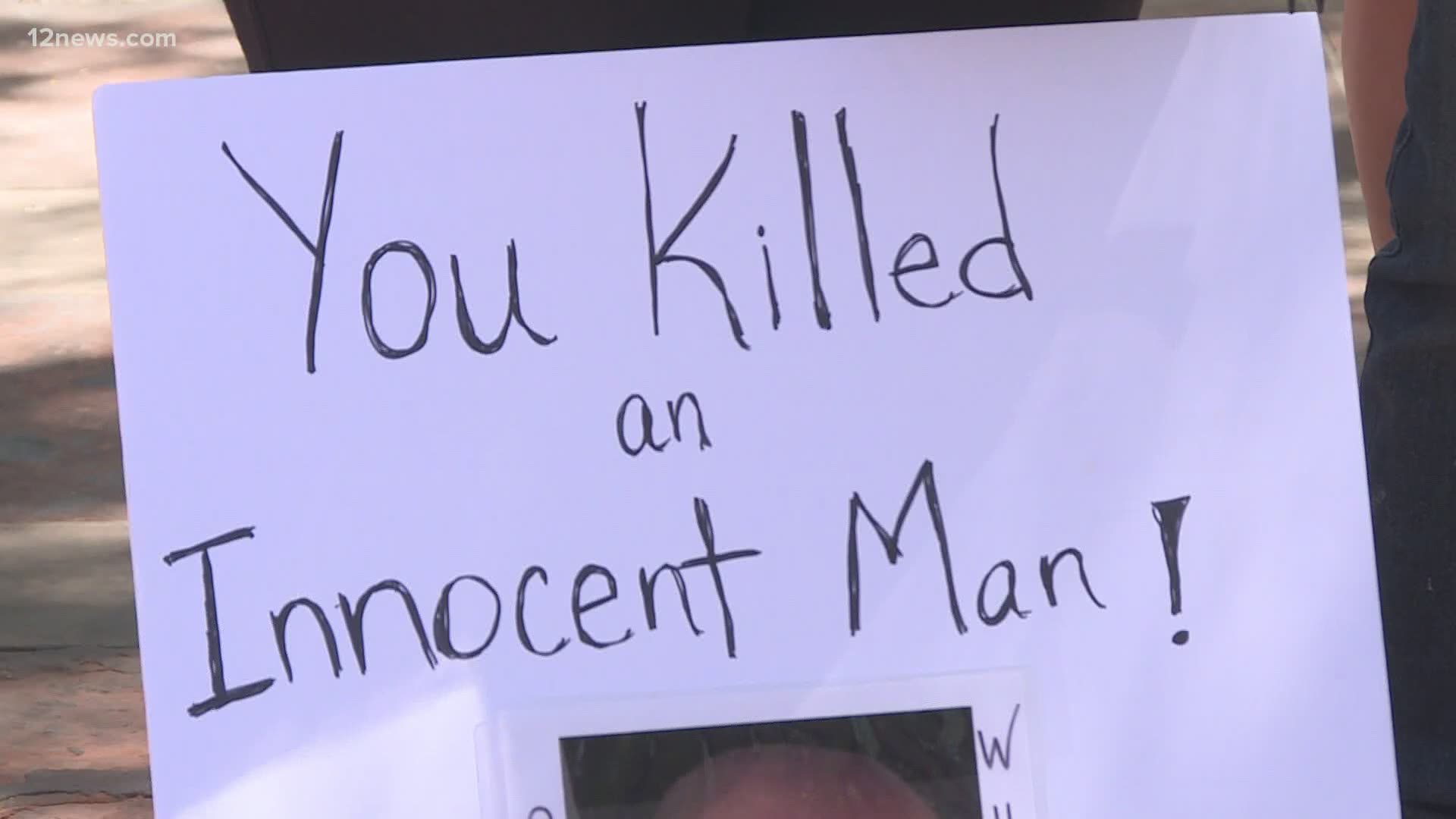 PHOENIX — In May, Phoenix police knocked on Ryan Whitaker's door. When he answered with his gun, he was shot and killed.

His family continued their calls for transparency in the department as the Maricopa County Attorney's Office continued to review the case.

On social media, Ryan Whitaker's family broke down the footage and said that in a fraction of a second, Officer Jeff Cooke decided to fire and they believe Whitaker was trying to surrender.

"The true facts of Ryan’s death will be revealed once the unedited, unaltered body camera footage is released by the City of Phoenix,” Matt Cunningham, the family's attorney, said.

"We can review that video, we can slow it down, we can replay it and we can determine if we agree with the actions of the officers or not," Andy Anderson, a now-retired Assistant Police Chief with Phoenix Police Department, said.

Anderson said that breaking down the scenario frame-by-frame isn't what the officers had at the moment.

"We may see some things that the officer did not see or perceive at the time because of that delay between action and reaction," Anderson said.

When Whitaker came to the door with the gun in his hand, the officers are put into a split-second, life or death scenario, Anderson said.

After the fatal moments, body camera footage released by the Phoenix Police Department gave insight as to why Whitaker might have come to the door armed as an officer talked to Whitaker's girlfriend.

"He woke me up saying someone had knocked on the door, he looked at the peephole, there was nobody there so I think he was worked up about that," The girlfriend said.

Whitaker's girlfriend added several times the call for a domestic dispute wasn't what was happening inside.

"Literally we were making salsa and playing Crash Bandicoot so there may have been some screaming from PlayStation but it wasn’t domestic violence or anything," Whitaker's girlfriend said.

But that information, Anderson said, can't be accounted for when looking at officer's actions.