Julie Patterson was murdered inside her home 30 years ago. Her killer has been on the run ever since. Her family is still hopeful they’ll get closure. 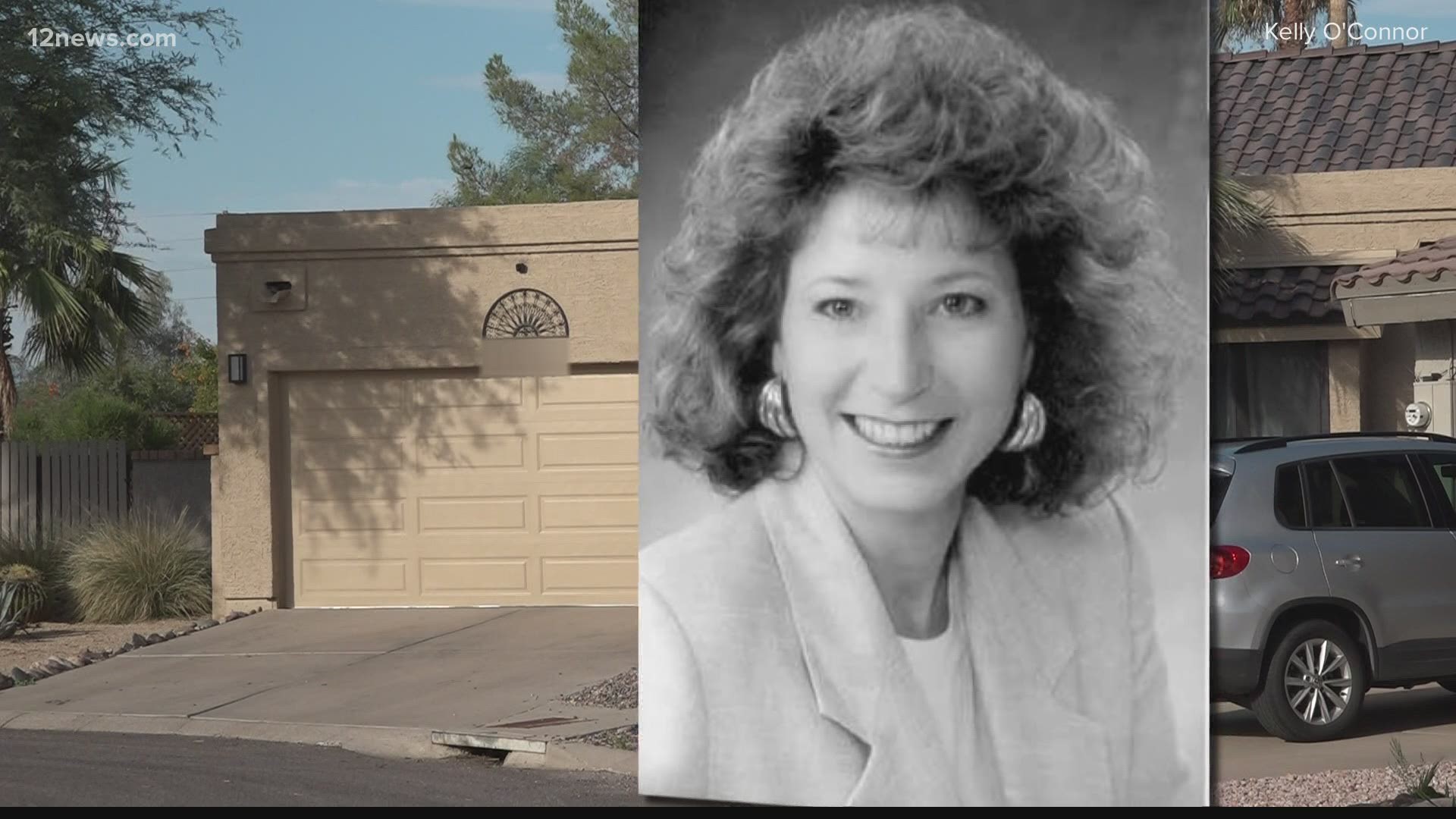 FOUNTAIN HILLS, Ariz. — At the end of Love Court sits a hateful memory. The house on the quiet Fountain Hills cul-de-sac marks where Julie Marie Patterson was murdered. Thirty years later, her killer remains on the run.

“I’m speaking for a large family who has never received any kind of closure,” said Kelly O’Connor, Julie’s niece.

O’Connor was in her mid-20’s when her aunt was killed.

“I’m speechless still thinking about it because there’s no reason for someone killing this beautiful 39-year-old woman who was funny and lovely and kind and volunteered in the community and was just everybody’s favorite,” O’Connor said. “And killed her when she was sleeping.”

In August of 1991, Julie lived alone with her dog. But on the night of Aug. 8 or early morning of Aug. 9, someone else was inside her home and hit her in the head with a blunt instrument.

Her body was found the next day and the Maricopa County Sheriff’s Office launched an investigation.

The focus of detectives, though, was forced to shift the following day after nine people were killed at a Buddhist temple in Waddell, marking the deadliest mass shooting in Arizona’s history.

“We understand why resources may have been pulled in one direction,” O’Connor said.

Three decades later, O’Connor and her family say they have been patient with police and believe it’s time to apply more resources now.

“We have tried to while keeping in touch with the police, we’ve also tried to get out the way and let them do their job. We haven’t wanted to second guess them,” O’Connor said. “We’re nearing the 30 year anniversary and we have no answers.”

A spokesperson for the Maricopa County Sheriff’s Office told 12 News the case remains an open investigation and detectives have not been able to identify a suspect in the case. 12 News asked MCSO if detectives have attempted any modern DNA technology or if there are plans to try it. So far we have not heard back.

O’Connor hopes the upcoming grim milestone, the 30 year anniversary, will help the public remember Julie and prompt anyone with information to finally come forward.

“If you remember anything, if you know of anything, if you’re not sure about something but you think well maybe, it’s not going to hurt at all to contact police, contact the Maricopa County Sheriff’s Office and let them know,” O’Connor said. “We’re just frustrated.”