It comes after the department released graphic body camera footage from the night Ryan Whitaker was killed back on May 21. 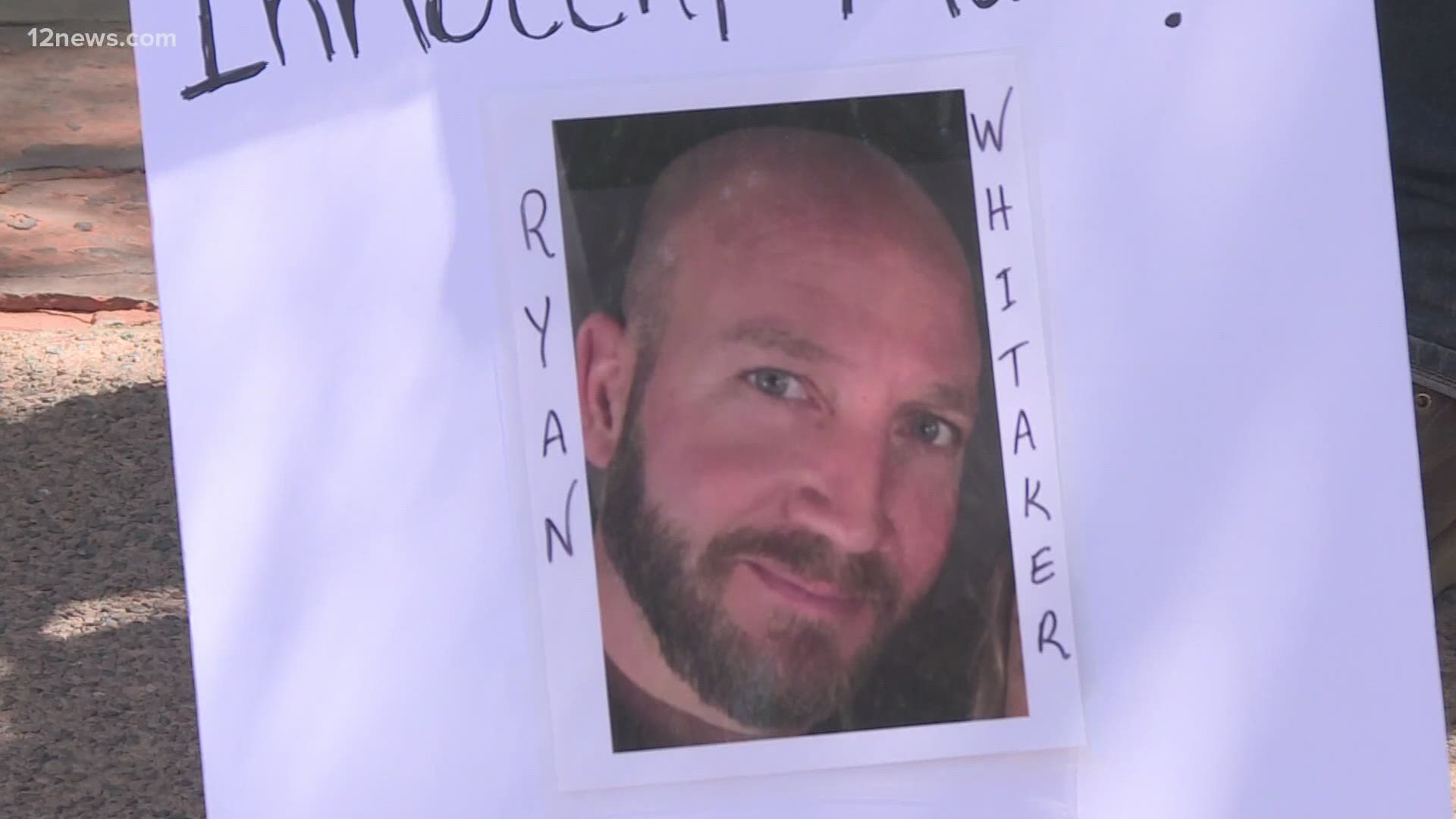 PHOENIX — The family of an Ahwatukee man shot and killed by a Phoenix Police officer is calling for that officer to be fired.

It comes after the department released graphic body camera footage from the night Ryan Whitaker was killed back on May 21.

“Where is the accountability? Where is the justice?” Steven Whitaker, Ryan’s brother, said.

Ryan Whitaker was shot and killed by Phoenix Police Officer Jeff Cooke. According to the department, Cooke has been on the force for three years.

Body-worn camera footage shows the moments when Cooke and another officer came to Ryan Whitaker’s door responding to a 911 call claiming there was a domestic violence situation going on at the Ahwatukee apartment.

It was seconds after Ryan Whitaker opened the door with a gun in his hand that he was shot.

“He is being submissive,” Steven Whitaker said. “The weapon is going to the ground, he’s not a threat. Not a threat at all. How is he a threat? If he’s a threat to you as a police officer, you need to turn in your weapon and your badge and walk away.”

The Whitaker family said Ryan never would have come to the door with a gun if he knew police were on the other side, and point to body camera footage after the shooting where loud music can be heard coming from the apartment.

“In a fraction of a second Jeff Cooke was a judge, jury, and executioner of my brother,” Katie Baeza, Ryan Whitaker’s sister, said.

The family wants to see Cooke fired and charges brought against him.

“Chief Williams: You wanna build trust in this community? Yet he is still on your force. If you watch that video and you’re OK with it you need to step down,” Baeza said.

The Maricopa County Attorney’s Office is reviewing this case.