Authorities arrested Nathan Jellicoe, 24, of Glendale on Tuesday for allegedly engaging in sexual activity with a 16-year-old student. 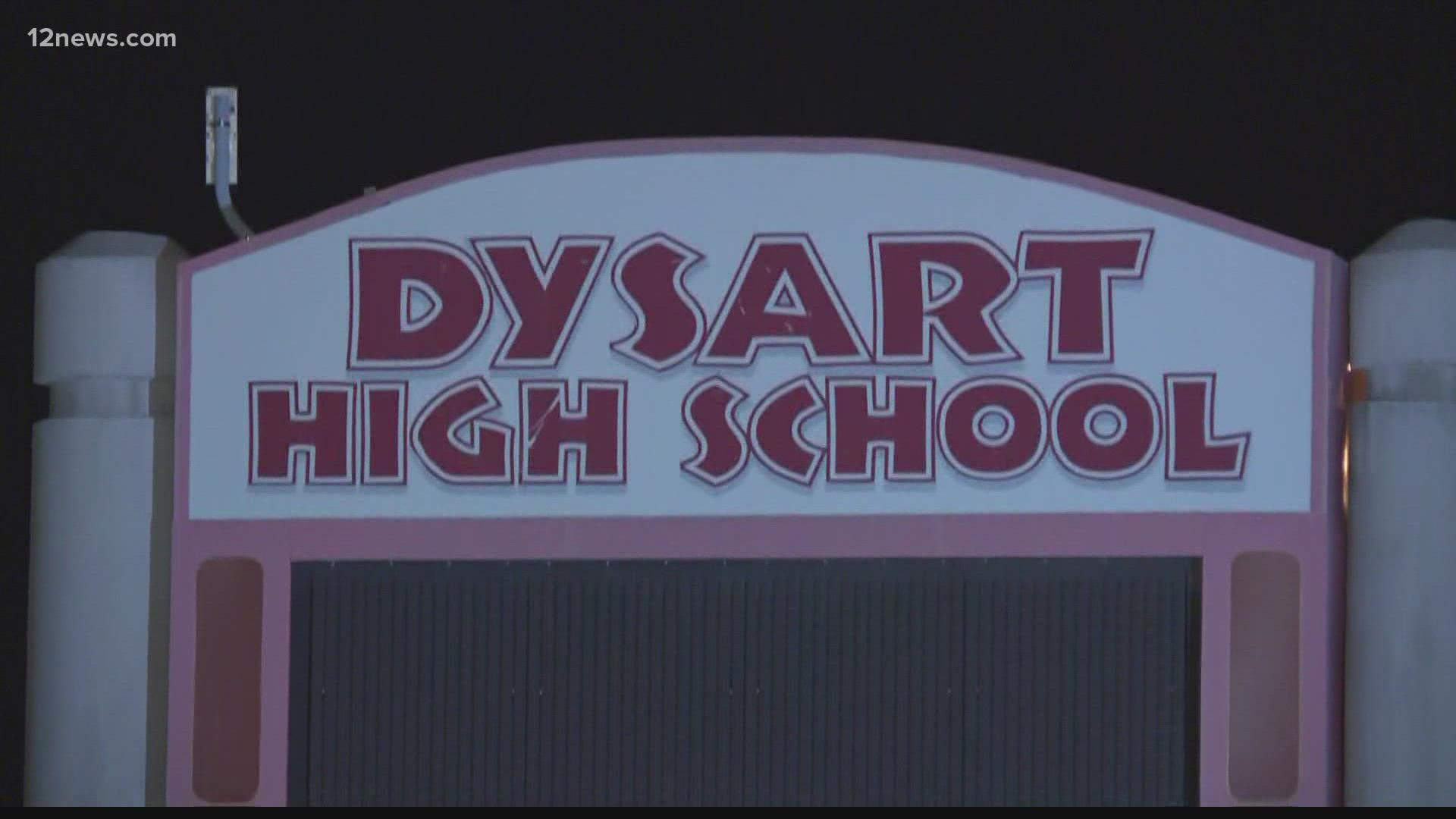 The El Mirage Police Department took Nathan Jellicoe, 24, into custody on suspicion of luring a minor for exploitation and sexual conduct.

School faculty were alerted to the alleged relationship after text messages were shared between students on campus and staff quickly alerted police.

The relationship had been ongoing from Oct. 4 to the day of Jellicoe's arrest.

Police said Jellicoe admitted to using his position of authority to remove the student from her classes and would escort her to the school auditorium where he engaged in sexual intercourse and oral sex five times over the last week.

Investigators don't believe there are any more victims, but police encouraged parents to call officers with any additional information.

Police said its investigation into Jellicoe's relationship with the student is ongoing and encouraged anyone with relevant information to call 623-500-3000.

The Dysart Unified School District, which encompasses the areas of Glendale and Surprise, said Tuesday it's been cooperating with law enforcement in the investigation and vowed to protect its students from harm.

"We take every precaution to ensure the safety of our students, including requiring mandatory and thorough background checks and fingerprint clearance prior to hiring any individual," the school district said.