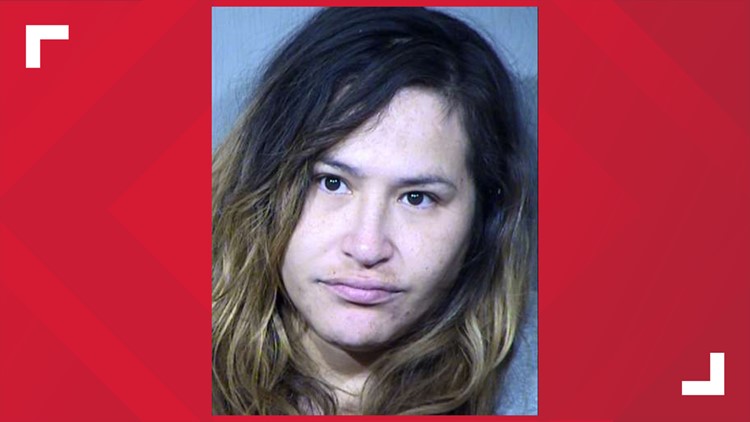 GOODYEAR, Ariz — A Surprise woman was arrested after she drove drunk on a freeway with seven unrestrained kids in the car on Tuesday night, court documents show.

An Arizona Department of Public Safety trooper reported in court documents that Erica Rodriguez was stopped for unsafe lane use on Loop 303 just north of McDowell Road in Goodyear.

The trooper saw seven children in the car ranging from 5 to 15 years old. None of the children had a seatbelt on, court documents say.

Court documents show there were also three open containers of alcohol found in the car.

The trooper said in the probable cause statement there was a strong odor of alcohol on Rodriguez’s breath, and she showed several signs of impairment during her field sobriety tests.

According to court documents, a search revealed Rodriguez’s driver’s license had been suspended several times.

Rodriguez refused to provide a blood sample, and a search warrant had to be served to obtain one, court documents say. The results of the blood test were not mentioned in the court documents.

The trooper arrested Rodriguez. She was charged with aggravated DUI, child endangerment and driving with an open alcohol container.

• Mom arrested, charged with DUI after crashing into a tree with her 18-month-old in car

• 'It was a gross oversight': Attorney's office explains how they ended up not charging man PD says hit & killed 2 people while driving drunk