Suspect at large, teen arrested after DPS troopers shot at with assault rifle in Phoenix

The suspected shooter, a 17-year-old, is in custody and has been identified. Another suspect is still at large. 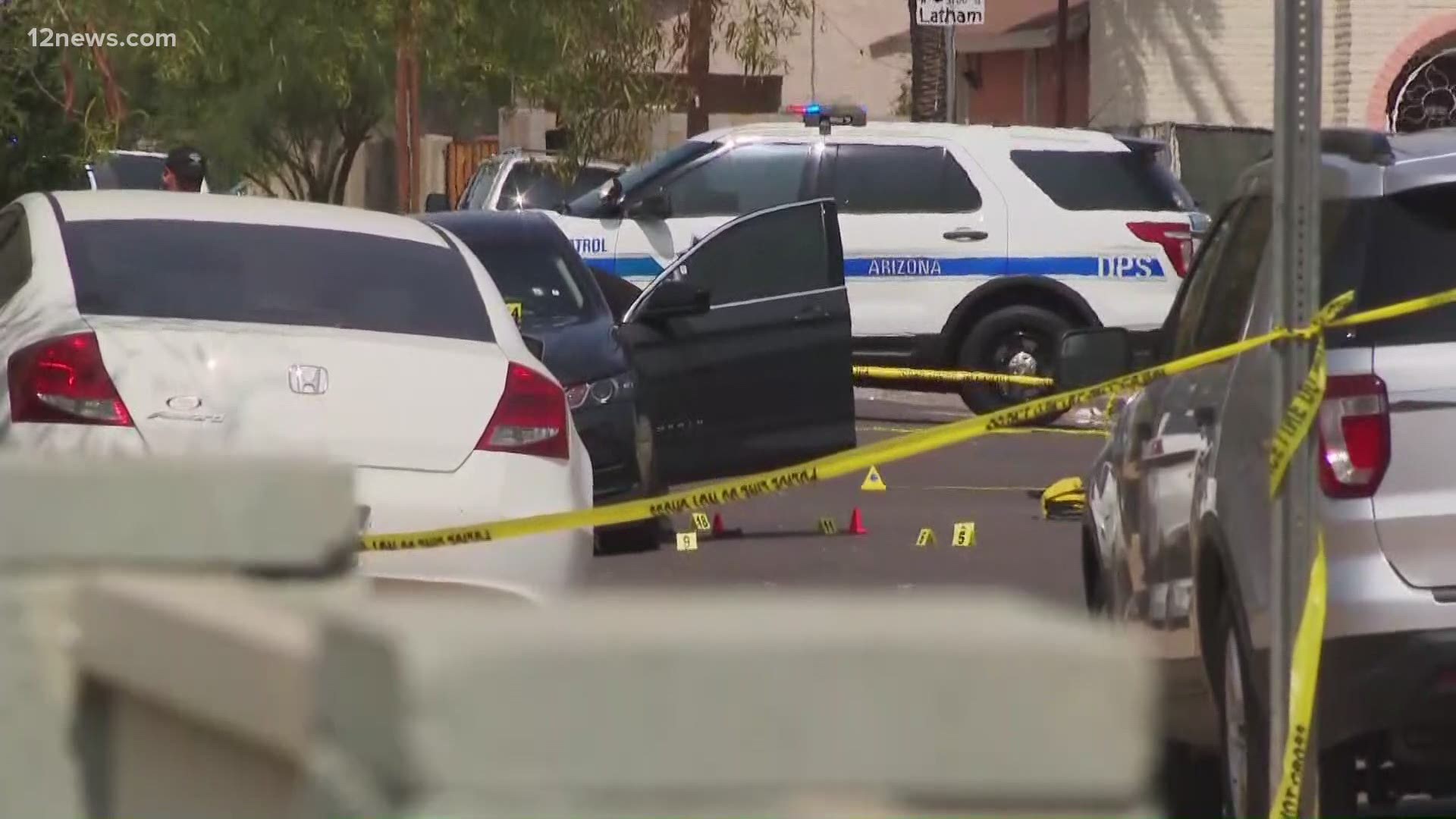 PHOENIX — A Blue Alert was issued after Arizona Department of Public Safety troopers were shot at from a car in Phoenix on Thursday morning.

DPS detectives were in the area of 37th Avenue and Portland Street working on an operation to make an arrest when a car drove up to them and a person pointed an assault rifle at them and shot at the troopers, investigators said.

A DPS spokesperson said the troopers were in an unmarked vehicle but were wearing clothing that identified them as law enforcement.

On Friday, DPS released video of the suspect car, a silver 2008 to 2013 Infiniti model G37 with custom wheels, and the driver investigators say was involved.

Authorities say they now believe the temporary plates have been removed.

AZDPS detectives are still seeking public assistance identifying the driver & vehicle involved in yesterday's ambush on a detective in Phoenix. Attached is a video showing an individual exiting the vehicle believed to be involved in the ambush. (1/2) pic.twitter.com/iZHksbNVt4

RELATED: What is a blue alert? Arizona DPS has the answer.

The suspected shooter, a 17-year-old boy, is in custody. Another suspect is still at large, investigators said.

Investigators said the shooter fired from the passenger seat of the car. They are looking for the driver and the car.

DPS called it an ambush-style attack.

Anyone who sees this car is asked to call 911.

The Blue Alert that was just issued is in reference to this incident. While the shooter is in custody, the suspect driver fled the scene and is still outstanding, along with the vehicle.

RELATED: What is a blue alert? Arizona DPS has the answer.

AZDPS detectives seek public assistance locating this vehicle, believed to be a silver 2008-2013 Infinity model G-37 with custom wheels. It has a temporary plate & appears to have chipped paint below the license plate area. If seen, please call 9-1-1 immediately. pic.twitter.com/17xfuEp72S