Police reports say a man accused of kidnapping and murdering a Mennonite woman held a grudge against the faith that he was once affiliated with. 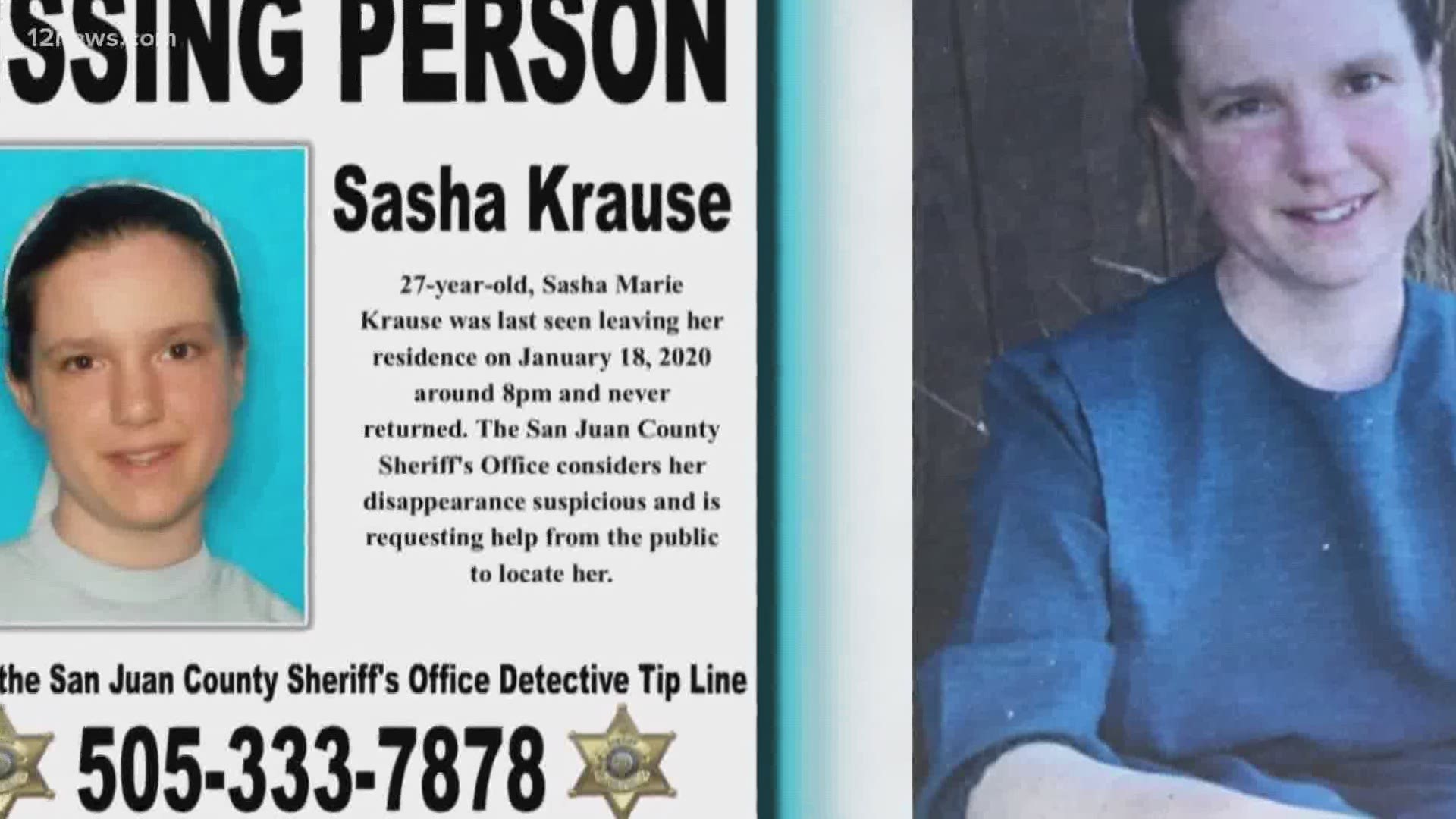 FLAGSTAFF, Ariz. — Police reports obtained by 12 News show a Luke Air Force Base airman charged with kidnapping and murdering a Mennonite woman held a grudge against the faith, according to his brother.

Mark Gooch, 21, is accused of killing Sash Krause, 27, and dumping her body near Sunset Crater in January.

A woman collecting firewood at Sunset Crater found Krause's body, according to police reports. Body camera from the scene shows the body was dumped behind a bush a distance from the road. Deputies believed they saw drag marks near the body.

According to police reports, her hands were bound with tape and a hood was placed on her head.

Police tracked Krause's movements through her phone, then compared that record to all other phones located in the same areas. Police reports said the only phone in all the same places Krause's belonged to Mark Gooch.

The phone later showed investigators Gooch had traveled from Luke Air Force Base, where he is stationed, to Farmington, New Mexico and then stopping at Sunset Crater for three hours in the early morning.

When detectives interviewed Gooch, he would only tell them that he and his brothers used to be members of the Mennonite faith. He wouldn’t say why they left.

One of Gooch's brothers told investigators that Gooch held a grudge against the Mennonite faith, but that he didn't know why.

But in text messages listed in the police reports, he and one of his brothers joked about pulling over Mennonites to give them tickets, coughing on them to give them the coronavirus and calling them "cultists".

When confronted, police reports show Mark Gooch said "it sounds like I need to get a lawyer."

After Gooch's arrest, A man living near Luke Air Force Base called police and told them Gooch had asked him to hold a .22 caliber rifle for him.

Gooch's brother, Sam Gooch, was later arrested after allegedly trying to convince that man to destroy the gun.

According to police, Sam Gooch later admitted he knew that Mark Gooch had murdered someone, but said he didn't know why. Gooch said only his brother knew why.

RELATED: What we know after Luke AFB airman arrested in Mennonite woman's murder