The brother of one of the women allegedly told police Valenzuela was killed inside his sister's home the night of March 17. 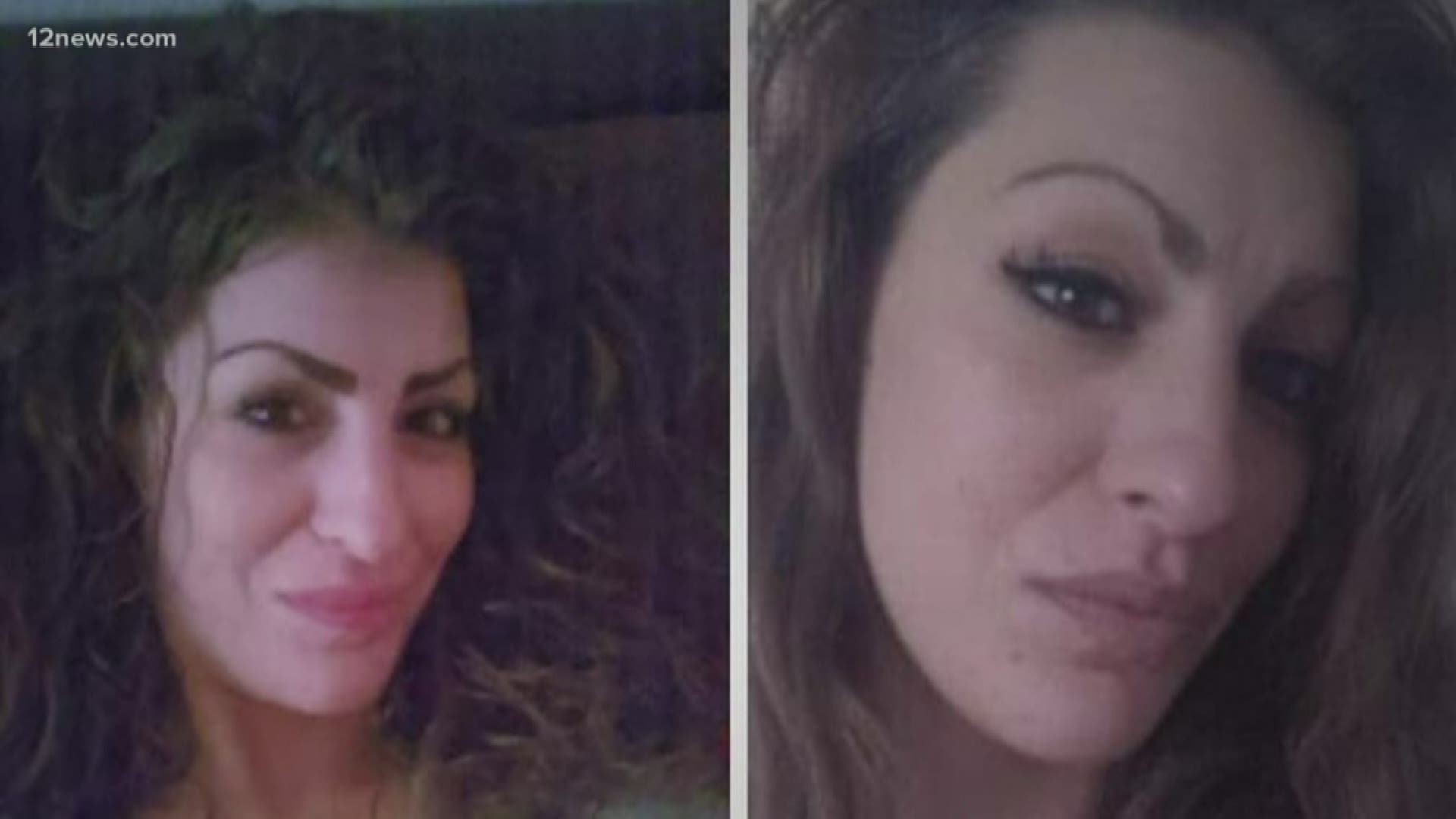 MESA, Ariz. — Four women have been arrested and charged with felony kidnapping related to the homicide of Melissa Valenzuela, who was found dead last month.

According to court documents, Christina Gomez, Mercedes Gomez, Melissa Servin and Nadine Chavez all face charges after Valenzuela's body was found days after she was reported missing by her family on March 20.

Valenzuela was last seen with Christina and Mercedes Gomez on March 17, according to the court documents. Valenzuela was found dead March 23 and police ruled the death a homicide.

Police say Christina and Mercedes Gomez as well as Melissa Servin and Nadine Chavez were all positively identified and allegedly seen arguing with a woman matching Valenzuela's description on the night of March 17 sometime after Valenzuela was last seen in Mesa.

One witness allegedly saw Chavez, Christina Gomez and Servin, as well as other unknown women, pushing or dragging a woman who was screaming for help and for someone to call 911.

One witness told police that the woman matching Valenzuela's description was being forced into Chavez's residence located on Hadley Street in Phoenix.

The witness told police she did not see the woman matching Valenzuela's description again, but saw Chavez and Christina and Mercedes Gomez cleaning up in front of the residence the next morning.

According to court documents, Chavez's brother told police in an interview that he went to her residence on the night of March 17 and morning of March 18 and saw blood in the bathroom and missing floor tile.

The brother told police that Nadine Chavez told him that Mercedes and Christina Gomez arrived at the home with a third woman, fought with her and killed her in the home, court documents say.

Mercedes and Christina Gomez allegedly left with the body while the others cleaned the residence, court documents say.

The brother said a few days later, Nadine Chavez showed him a picture of Valenzuela from a news article and inferred she was the woman killed in her home.

On March 18, Mercedes Gomez gave Nadine Chavez's brother a debit card and PIN belonging to the victim, according to court documents.

Court documents say a search warrant was executed on Chavez's residence on April 24 and blood was found in the bathroom. Forensic results are still pending.

The homicide investigation is still active. The four women are currently charged with felony kidnapping, but investigators are still working to identify their individual involvement in the crime.

12 News spoke with family members of Valenzuela's after she was found dead last month.

Valenzuela was a mother with three sons.

This is a developing story and will be updated as information is relayed.