It's the first time DPS has identified the trooper. The county attorney's office said Tuesday it is reviewing whether charges will be brought against the trooper. 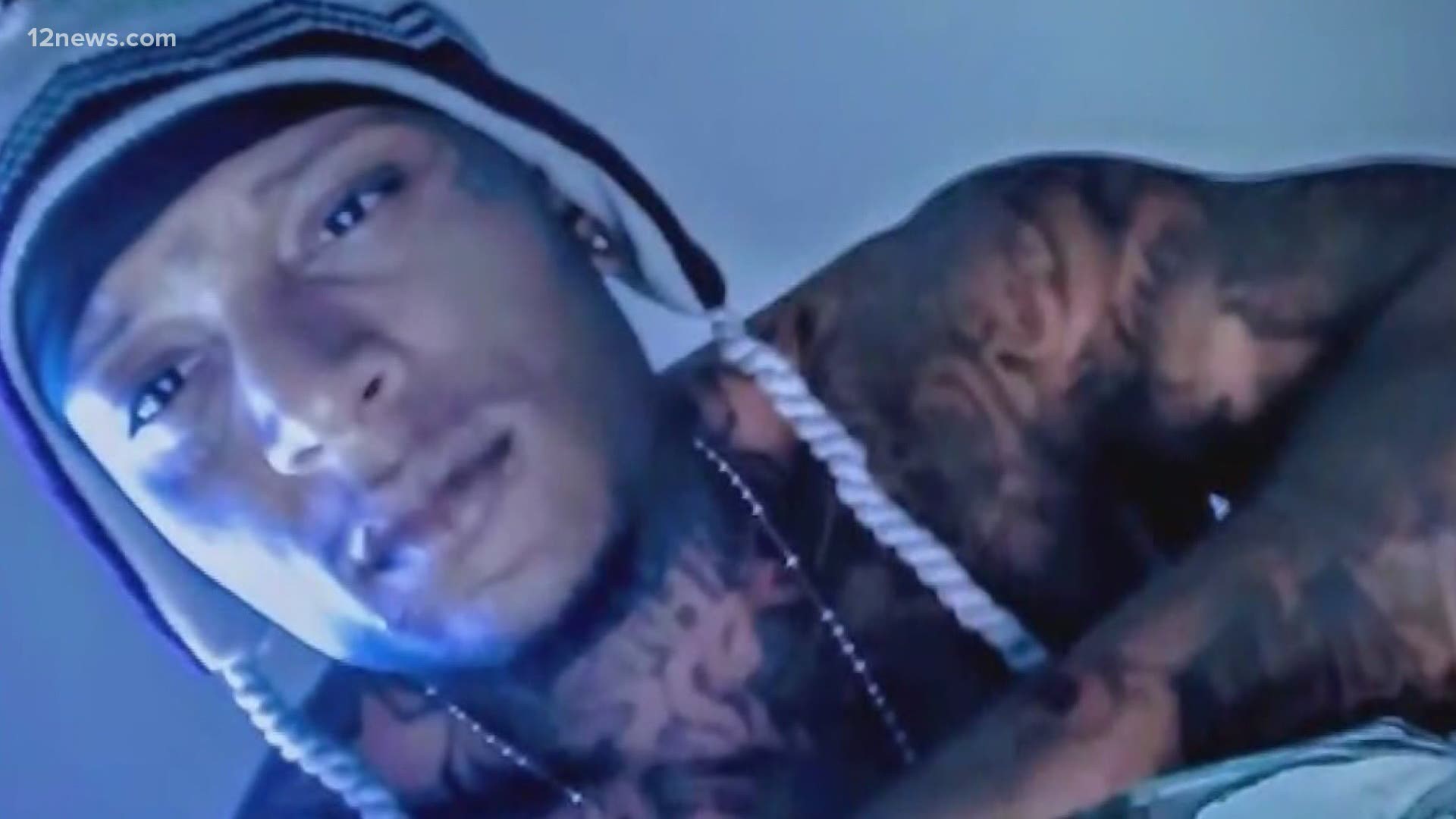 PHOENIX — Editor's note: The above video is from a June 12 newscast.

DPS identified the trooper who shot and killed Dion Johnson on Memorial Day for the first time on Wednesday. This came on the same day the Maricopa County Attorney's Office said it will review whether charges will be brought against the trooper.

The trooper is George Cervantes, a 15-year DPS veteran. Cervantes remains on administrative leave, according to DPS.

The Phoenix Police Department submitted its investigation into the death of Dion Johnson to the Maricopa County Attorney's Office on Tuesday.

The office will now decide whether to charge the Department of Public Safety trooper who shot and killed Johnson on Memorial Day.

Spokeswoman Jennifer Liewer said in an email to 12 News that the officer received a submittal from the department in Johnson's death late Tuesday.

"There is no timeline for a charging decision but the county attorney has asked staff to prioritize a review of this case," she continued.

"A review of the case is currently underway and there is not a timeline for a decision."

The Phoenix Police Department also confirmed that it completed its investigation and submitted it to the county attorney's office.

Phoenix Police, who took over the death investigation, said a trooper found Johnson passed out drunk in his parked car, blocking part of the road near Loop 101 and Tatum Boulevard.

It is standard procedure for Phoenix police to handle the investigation when a trooper-involved shooting happens in Phoenix, according to DPS Director Col. Heston Silbert.

RELATED: 'You were my everything': Funeral held for man killed by DPS Trooper; DOJ to review case

Police say the DPS trooper removed a gun he saw in the car.

When he went to arrest Johnson, police say Johnson reached through the window and grabbed at the trooper and his gun, which ultimately led to the trooper shooting Johnson.

None of the shooting was captured on video. The responding troopers did not have body cameras or dash cameras, as the trooper was on a motorcycle.

DPS does not issue any body-worn cameras to troopers, but funding for cameras is in next year's budget proposal.

"What you see in the video is Dion Johnson, on the ground, handcuffed and suffering," Jocquese Blackwell, Johnson's family attorney, said in June.

This video from an Arizona Department of Transportation feed recorded by another news outlet appears to show Johnson on the ground, restrained and moving after he was shot.

Then the video appears to show a trooper trying to apply aid while an ambulance stages nearby for at least two minutes.

Phoenix Police told 12 News in June that, in general, a scene needs to be cleared by law enforcement before other first responders can go in.

Last month, multiple elected officials in Arizona asked the U.S. Justice Department to take over an independent investigation in the shooting death of Johnson.

"It's impossible to see how handing over the investigation of Dion Johnson's death to one of the deadliest police departments in the country will result in the objectivity and transparency his family, our communities and our constituents are demanding," the letter read in part.

Protests in Phoenix in weeks after Johnson's death centered around Johnson, as well as George Floyd, who was killed on the same day in Minneapolis, sparking protests worldwide over racial injustice and police brutality.