The Department of Child Safety said it did not find evidence to remove the children from the home, but the investigation was still open. 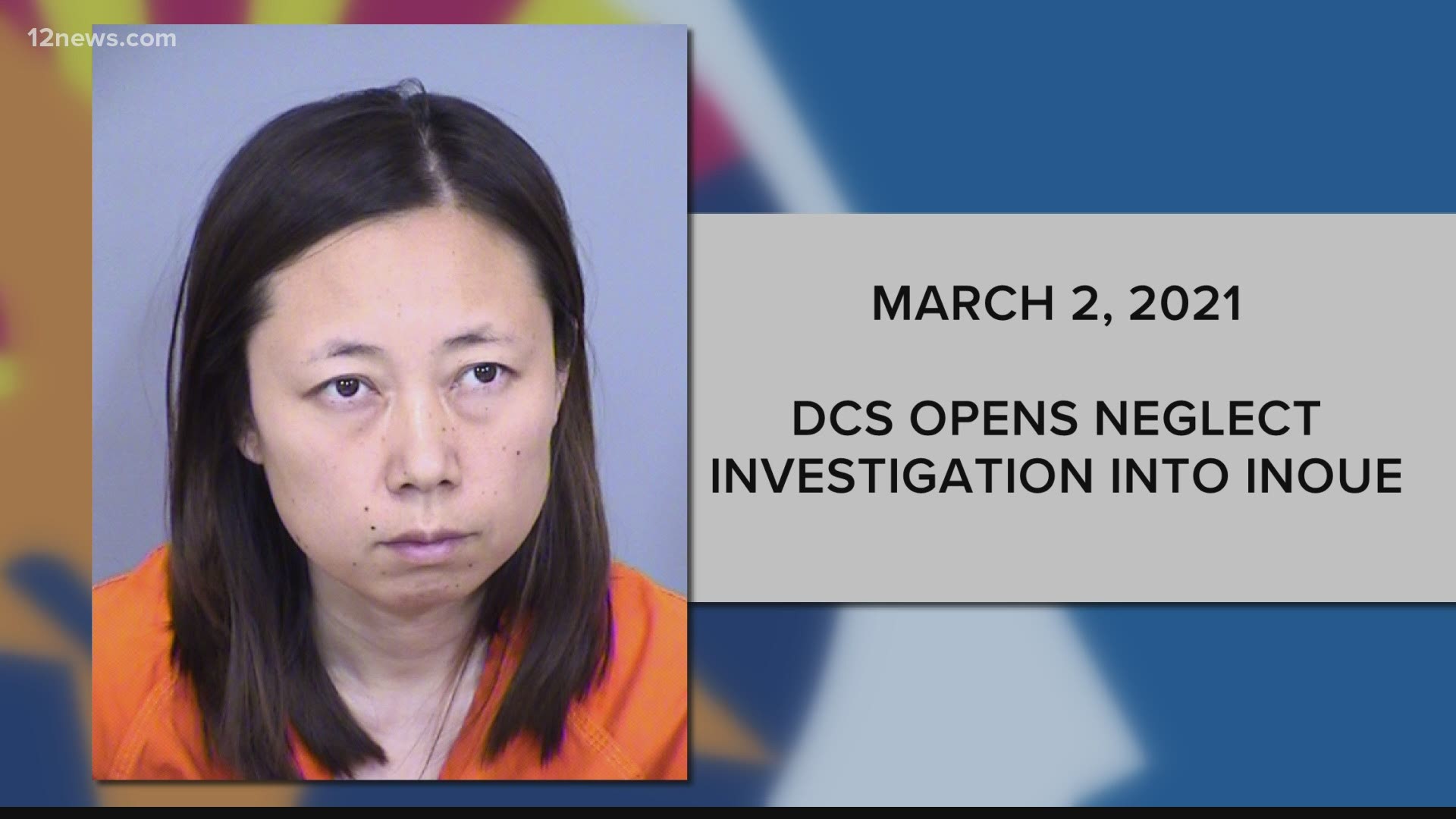 TEMPE, Ariz. — The Arizona Department of Child Safety said it had an open investigation into the mother who is accused of killing her two children on May 15 in Tempe.

Yui Inoue, 40, faces charges of first-degree murder in the deaths of her two children, 9-year-old Mia Inoue, and 7-year-old Kai Inoue, according to the Tempe Police Department.

DCS said it received a report in March that alleged Yui Inoue neglected 7-year-old Kai. The report said the mother took Kai and their whereabouts were unknown.

According to DCS, police located Yui Inoue and Kai behind a convenience store. Yui Inoue was taken to a psychiatric hospital and Kai was returned to his father.

A DCS investigator did not observe any visible signs of abuse or neglect on the children during an interview. The children said they felt safe with their parents, DCS said.

DCS said its investigation did not find evidence to remove the children from the home, but the investigation was still open at the time of the deaths.

Tempe PD said Yui Inoue drove to the police station herself on the morning of May 15 and told officers that voices told her to kill her kids.

When officers went to do a welfare check, they found the kids' bodies underneath a blanket, covered in blood. Police believe the weapon used was a meat cleaver.

"It’s unimaginable that someone would kill their own child or any child," said Jim Egelston, a retired FBI agent now running Baseline Investigations.

He's not connected to this case, but has worked countless others involving children. He said a lot stands out that could have triggered the trauma.

"My two leading theories at this point would either be that she had a psychotic break or that it’s a revenge killing to get back at her spouse for one reason or another," he said, emphasizing that these are speculations based on his experiences.

Police say Inoue and her husband were going through a divorce and had been arguing about money and a move to Japan.

"It was reported that the suspect had threatened her husband with a meat cleaver," the prosecutor said.

After that call, the husband left the apartment, leaving the mother with their two kids. Yui Inoue told police she went to bed with her kids and woke up to see blood, but told police she didn’t remember hurting them, TPD said.

In court, she exclaimed that she didn't kill anybody, according to a Japanese translator.

Two days after DCS opened its investigation, Chandler Police say Yui Inoue was involved in an incident that resulted in aggravated assault of a police officer.  That case is still under investigation.

Then, on March 8, 2021, a court docket shows a person with the same name had a court-ordered mental health evaluation.  Those records are sealed.

"Her behavior leading up to this incident would be key in whether or not she was experiencing a mental health issue," Egelston explained.

Court records also show Yui Inoue is accused of stabbing her son with scissors in the past although a police report was never filed. She has a history of domestic violence and kidnapping, but no further details were given in the court documents.

Yui Inoue is being held at the Lower Buckeye Jail on a $2 million bond.