The doctor was one of two witnesses Thursday to give an alternate version of how Laila and her sister got their injuries. 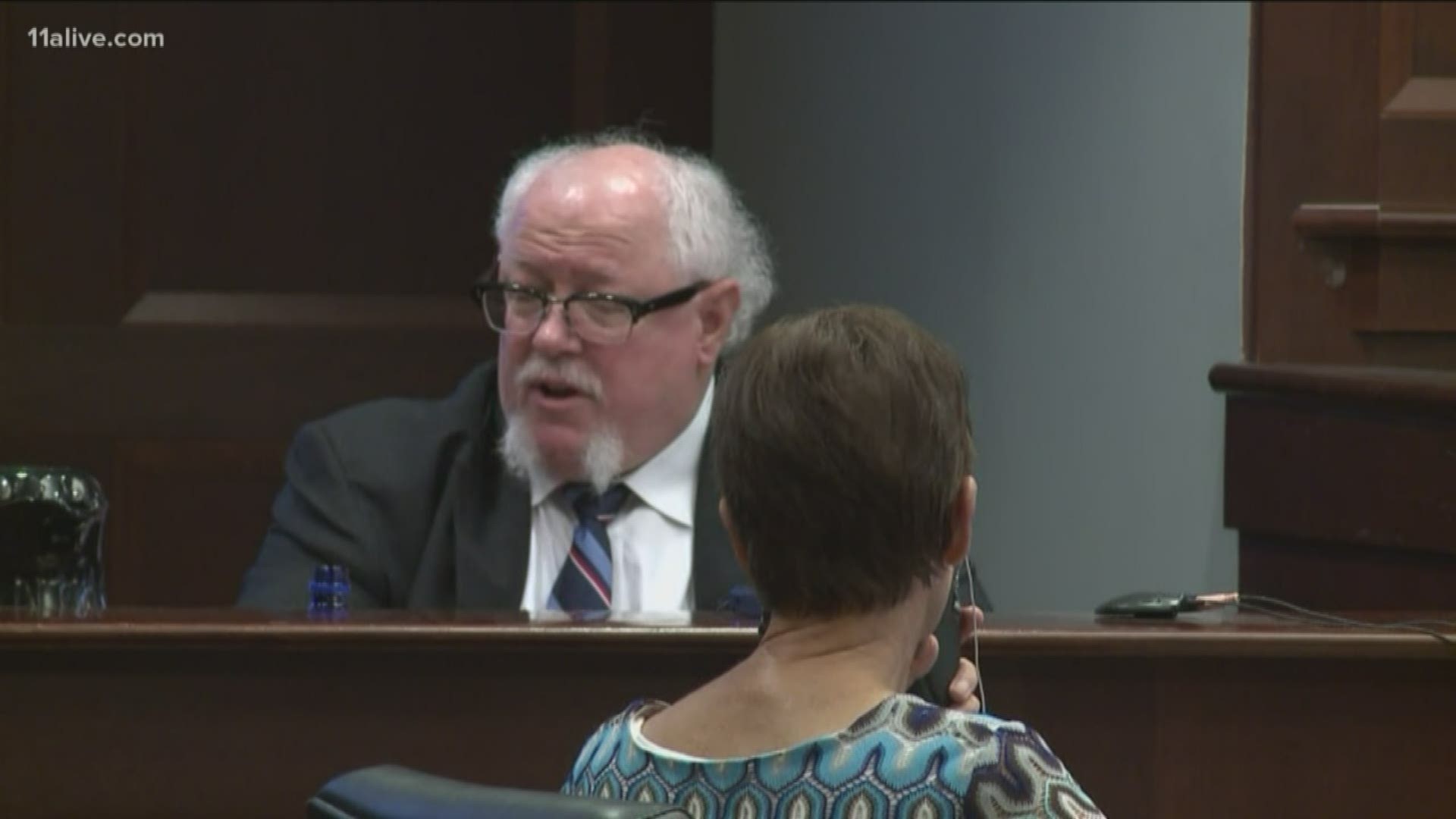 MCDONOUGH, Ga. — Dr. Kris Sperry, a former medical examiner with the GBI, testified Thursday morning that the internal injuries that ultimately killed Laila Daniel were caused by Jennifer Rosenbaum’s attempt to save the 2-year-old’s life.

Laila Daniel and her older sister, Millie, lived with Jennifer and Joseph Rosenbaum at their Henry County home when the toddler died on Nov. 17, 2015. Jennifer says the little girl died while choking on a piece of chicken. Prosecutors said she died from abuse at the hands of the Rosenbaums.

Laila’s injuries on the day she died:

MORE: ‘Nightstick fracture’ on Laila’s arm when she died

“My conclusion was that all these injuries were sustained during a very, very panicked frenzied attempt to try to save Laila’s life after she appears to have choked on some chicken,” testified Dr. Sperry.

Jennifer Rosenbaum said Laila’s injuries happened when she tried to save the child by incorrectly performing CPR and the Heimlich Maneuver. However, until this point in the trial the defense had not presented any evidence of that.

Dr. Sperry told the jury he analyzed all of the autopsy and injury photos, photos of the scene and even the recorded interview of Jennifer’s interview with police.

“She (Jennifer Rosenbaum) was doing anything she could to try to dislodge this chicken and save the girls life and along the way inadvertently caused injuries to Laila’s body,” said Dr. Sperry.

Sperry’s testimony is in direct contrast to Dr. Lora Darrisaw who took the stand for the prosecution. She’s the medical examiner with the Georgia Bureau of Investigation (GBI) who performed Laila’s autopsy.

“I certified the manner of Laila’s death as homicide,” testified Dr. Darrisaw earlier this week.

Dr. Sperry went on to say he asked Jennifer to reenact the scene for him in the kitchen where Laila died. He told the court he concluded the deadly injuries were caused when she inaccurately tried to perform the Heimlich maneuver and CPR.

“Mrs. Rosenbaum was trying to pound on the child’s back to dislodge the chicken stuck in the child’s airway,” testified Dr. Sperry. “She left these bruises behind. “

During cross examination, Sperry testified he hired Dr. Darrisaw at the GBI and worked with her for years. He said he created her position in pediatric forensic pathology and spoke highly of her work.

Prosecutors asked Sperry about his sudden retirement from the GBI several years ago. He admitted he charged the GBI for his work while he also was working as a private defense consultant. Sperry said he repaid the hours to the GBI with his vacation time and retired early. He admitted to “making mistakes” when it came to filling out his time sheets.

The Rosenbaums are also facing abuse charges in relation to Millie, who was 4 years old and also living with the Rosenbaums when her sister died.

Thursday morning Jennifer Rosenbaum’s sister took the stand and told the court she visited Jennifer and the girls shortly before Laila died. She said the girls were happy, healthy and playing outside when something happened.

“Laila and Millie were on a ladder that was going up a tree,” testified Lauren Banks. “And I think when Jennifer and I kind of jumped out the door and said ‘Girls, girls’ they got startled. Millie fell down and it caused Laila to fall off the ladder as well.”

Millie had significant bruising and marks on her hip, a bruise on her arm and bruises on her face when she was examined on the day her sister died. Banks’ testimony is the first time we’ve heard an explanation from the defense for the injuries found on Millie.

In 2015, Millie told investigators she got the bruises from gymnastics. When Millie took the stand during this trial, the now-7-year-old testified to the court that the Rosenbaums spanked them with their hands and with belts.

Defense argument: Millie was being told things about Laila’s death by family member

The Rosenbaum’s attorney, Corinne Mull, has repeatedly tried to prove to the jury that Millie was being “coached” or told things about Laila’s death by members of her biological family.

She called Donna Wieszorek, Millie’s therapist, to the stand Thursday morning. Wieszorek has been treating Millie for about a year to help her adjust to her new home.

She testified Millie told her classmate details about Laila’s injuries that she would not have known unless she was told by an adult or someone else who knew the details about her sister’s case.

The defense has indicated it will complete its case today. After that, both sides will deliver closing arguments and the case will be in the hands of the jury.