The 25-year-old was shot and killed by Travis McMichael after he and his father Greg McMichael confronted him, suspecting him of breaking into homes in the area. The shooting was captured on cellphone video by William "Roddie" Bryan. All three men are now charged with murder in Arbery's death.

The full indictments for all three men can be viewed below.

The full news conference from both Holmes and Bryan's attorney is below.

“This is another step forward in seeking justice for Ahmaud," Holmes said in a statement. "Our team from the Cobb Judicial Circuit has been committed to effectively bringing forward the evidence in this case, and today was no exception. It has been an effort of many agencies including the Georgia Bureau of Investigation and the Department of Justice who have worked together to get to this point. We will continue to be intentional in the pursuit of justice for this family and the community at large as the prosecution of this case continues." 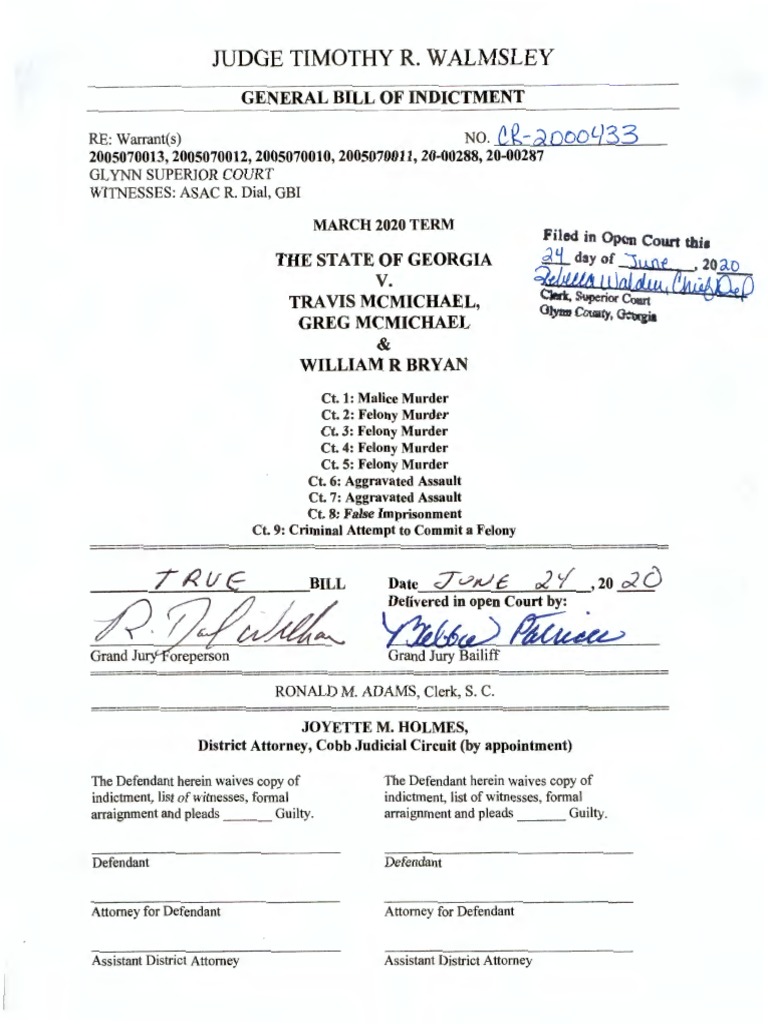 After the announcement of the indictments, Bryan's attorney, Kevin Gough, delivered remarks about his motion for bail, saying he poses no risk of fleeing, and poses no threat or danger.

The full amended motion for bail for Bryan can be read below.

The arraignment, or formal reading of charges with the defendants present in court, for both McMichaels and Bryan has not yet been scheduled. It will take place before Judge Timothy R. Walmsley, Chatham County Superior Court judge.