Tuesday's crime spree took the life of an 18-year-old student at Yeshiva Toras Chaim Seminary. We speak to a parent who talks about the impact on the school. 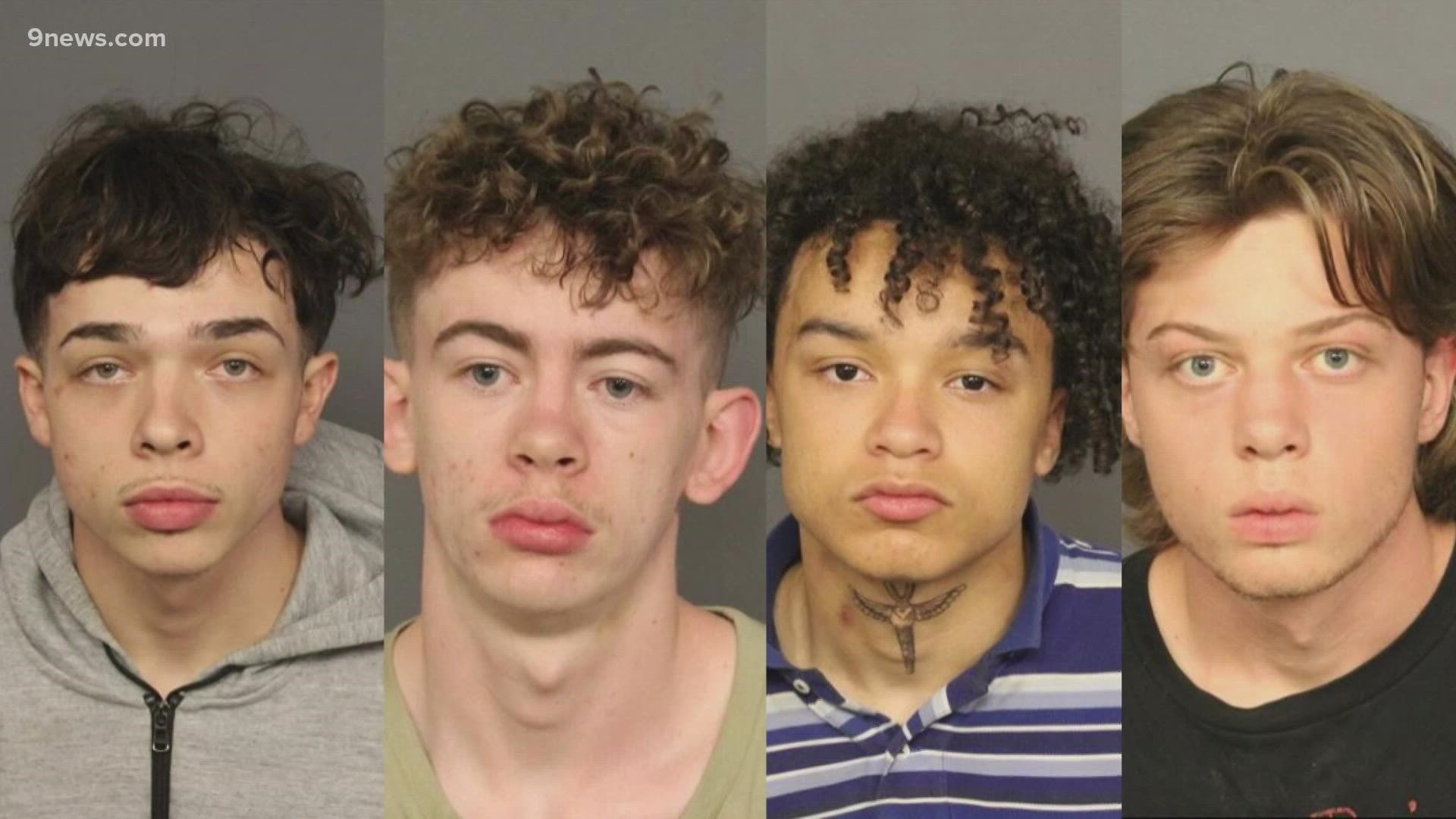 DENVER — The drive down Colfax Avenue Friday afternoon is immensely different than it was Tuesday night.

In a matter of two hours, police say five crimes were committed along East Colfax going toward West Colfax. Denver Police have arrested four men they believe are responsible, while they are still searching for the fifth.

"We have arrested four of the five individuals that we believe are responsible for this horrific series of crimes,” Denver Police Chief Paul Pazen said.

Police said the crime spree resulted in two burglaries, a carjacking, and a robbery where a man was shot and injured. They said the suspects also shot and killed 18-year-old Shmuel Silverberg of Cleveland outside of his boarding school.

"It's so ironic that this happened there,” said parent Chana Sutofsky.

Sutofsky’s 15-year-old son attends Yeshiva Tora Chaim Seminary. It's an all-male Jewish boarding school where Torah is the focus and the students come from both near and far. She said her son saw Shmuel outside moments before the shooting.

"He had been outside and saw the boy who ended up being killed outside. Then my son went to his room and heard some gunshots,” Sutofsky said.

Sutofsky said she’s always felt safe, and so has her son. He didn’t know Shmuel, but their boarding school is a tight-knit and sacred community where everybody knows everybody.

"Literally every single student, teacher, from the administration on down, their focus is on just literally studying Torah, peace, being the best people they can," Sutofsky said. "They pray three times a day, they work on their relationships, interpersonal relationships and relationship with God. They would never harm a fly. It’s like as if somebody had gone and shot Mother Theresa. It’s so ironic that this happened at such a place which is like the antithesis of random gun violence."

It's a community working to cover the bullet holes left behind through hardware, prayer and counselors.

"I think the whole community, the entire parent body, is obviously heartbroken and our thoughts and prayers are with the family. And hopefully nothing like this will ever happen again,” Sutofsky said.

Parents are collecting money to give gift cards to the families of the instructors. They tell us the instructors are husbands and fathers who haven't left the school since the shooting happened to ensure the boys are okay.