The man was pronounced dead last summer after he was left without air conditioning in his room at the Happy Homes Assisted Living Facility for two days. 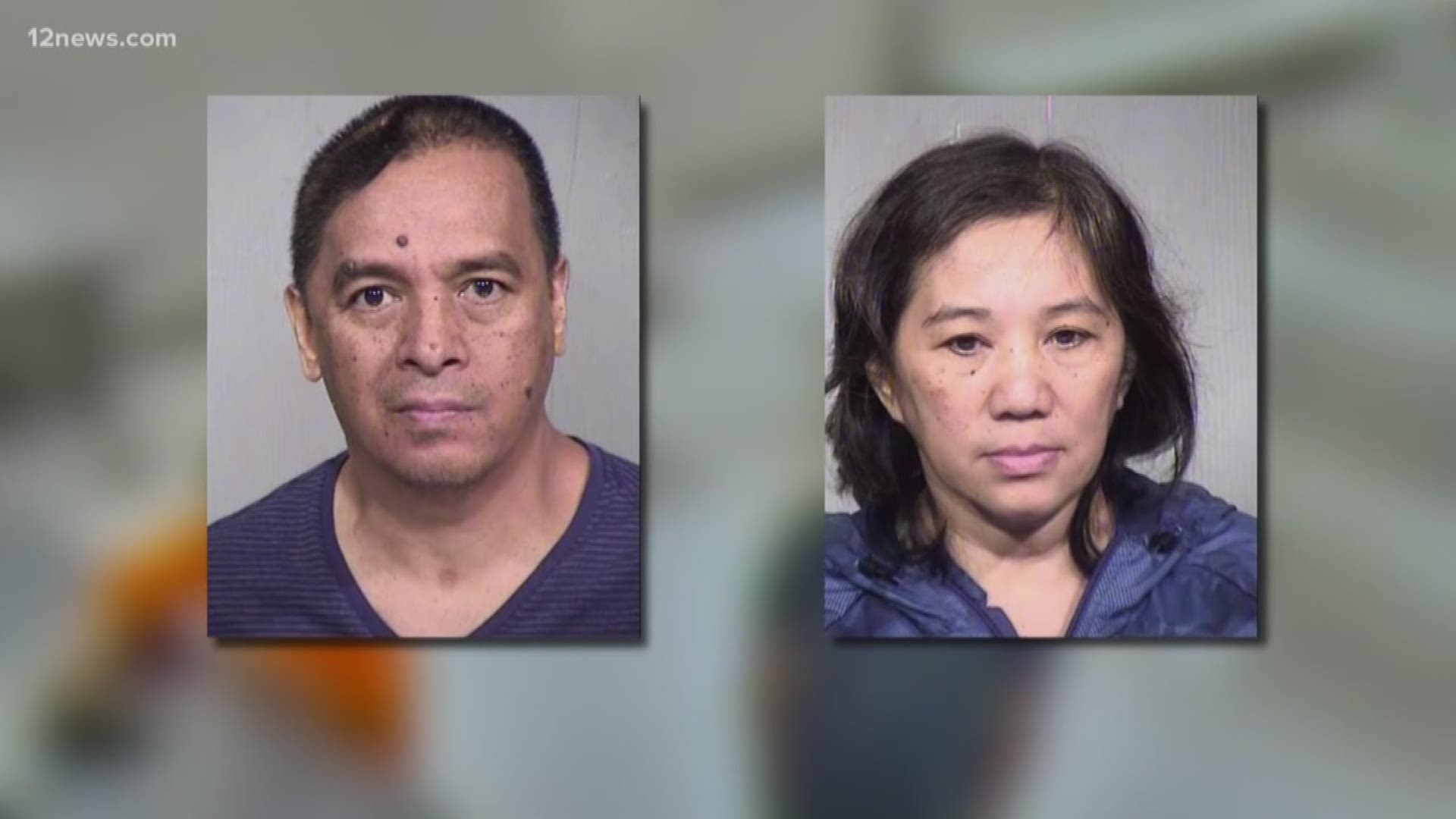 Editor's note: The above newscast is from Aug. 15, when the Someras were arrested.

Two managers of an assisted living facility in Chandler pleaded guilty to their roles in the death of a 69-year-old resident who died earlier this year after spending two days without air conditioning.

The Someras were indicted in the man's death in August. They managed and operated the Happy Homes Assisted Living Facility near Dobson and Ray roads.

PREVIOUSLY: Managers of a Chandler assisted-living facility indicted after the death of a 69-year-old resident

The air conditioning at the facility failed on Aug. 16, 2018, leaving five residents without cool air.

The man's cause of death was determined to be end-stage renal disease complicated by acute pneumonia. The contributing cause of death factor was environmental heat exposure.

Lolita Somera was sentenced on Nov. 7 to 90 days in jail and three years of probation. She will be released on Feb. 5, 2020 and will be turned over to immigration officials afterward.

Joseph Somera will be sentenced on Dec. 5.