Could a new DNA tool be used to reignite cold cases?

Familial DNA could identify victims through their family members. Could the issue be cold hard cash? 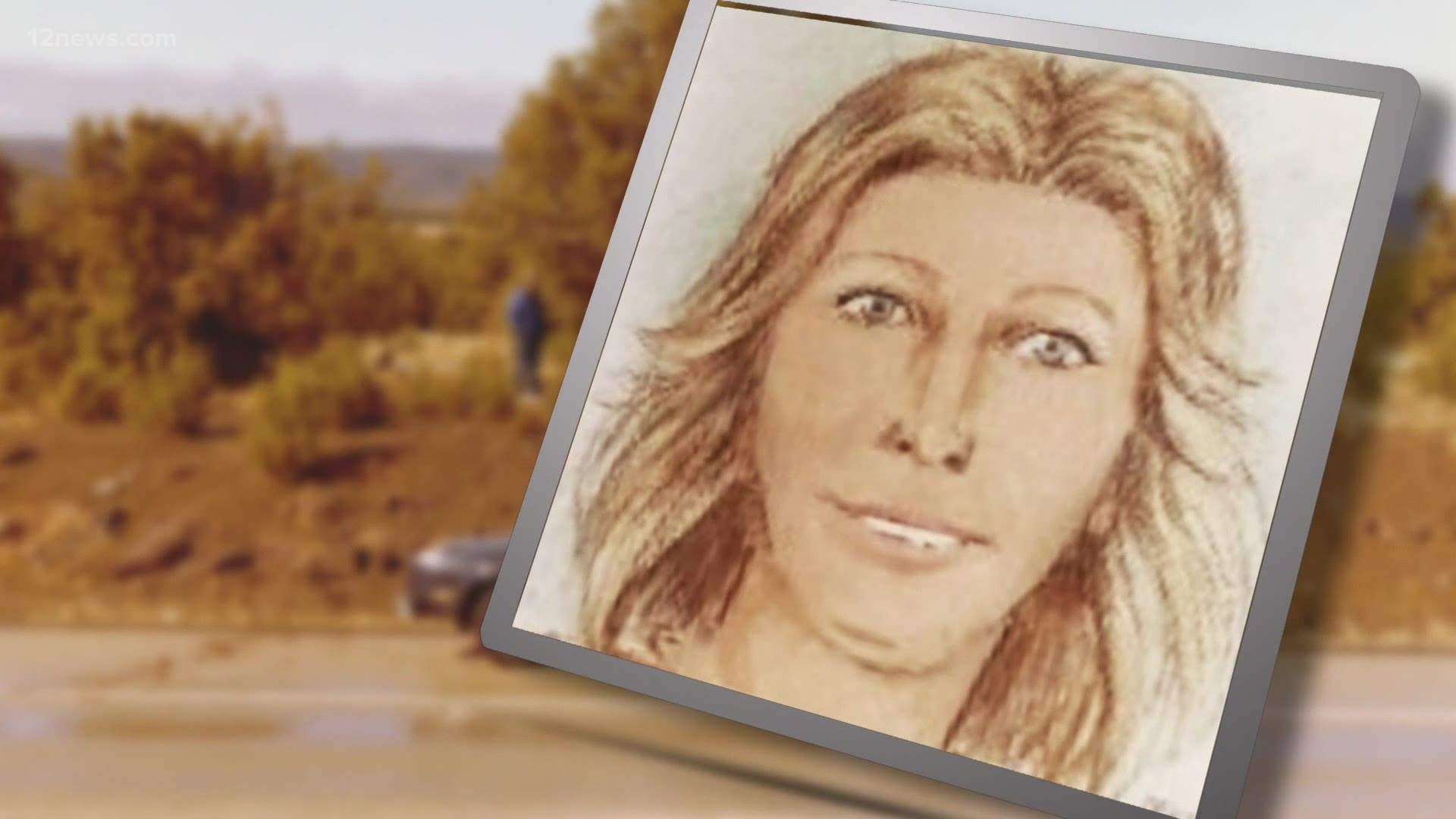 PHOENIX — There are an estimated 40,000 unidentified remains throughout the United States. Those people could be the victims of murders, accidents or suicides. Bodies found and lives lost.

Those unidentified people can create problems for law enforcement, especially if you are trying to solve a murder case.

“Where does the victim fall in this? I think they really end up off by the wayside,” Brian Tozer, a detective with the Coconino County Sheriff’s Office, said.

The reality is that if officers don’t know the victim, it makes solving a potential homicide incredibly difficult.

DNA tests are conducted on all victims, but they are run through a limited database that requires a direct match. But law enforcement officers like Short and Tozer, are hopeful that using familial DNA may help identify more victims and solve more crimes.

In October 2003, some hunters were traveling along the Devil Dog Road near Williams, Arizona when they stumbled across the body of a woman.

They believed she was a victim of murder but she was left without identifying records.

Since then, that woman has been named “Devil Dog Doe” and her case has gone cold.

Short said that there are no leads.

The frustrating part of these crimes is that, despite the knowledge that the victim likely had friends or family, the lack of identity poses a roadblock for locating them.

Usually when a victim is found, officers look for an ID or something else that helps identify who the person is.

If no ID is available, a DNA test is carried out. The main issue with that process lies in the fact that state DNA databases tend to primarily have people suspected of committing a crime.

"When you go back five years ago, when you hit that roadblock you were dead, it went cold," Short said.

What is familial DNA?

In essence, familial DNA is not looking for a direct match, but a close family match.

“We are trying to identify a cousin or brother or sister or dad or mom," Short said.

By expanding the possibilities, the chances of finding that missing link becomes more possible.

“It will be the future of solving crimes for our state,” Short said.

According to Short, the use of familial DNA in law enforcement is new and has been picking up speed in the last five years.

The problem with familial DNA use is that it costs departments thousands of dollars.

“Because of the expense involved with it, they want to know that fingerprint has been worked. That every interview has been done,” Short said.

Short said it took 18 months for him to get familial DNA results on a case he was working. The test searches for a victim’s family member who may have been in the system through the state's database.

“It branches it out farther," Short said.

But if a victim comes from a family out-of-state, or one that does not have a history of criminal activity, there may be no match.

The upside is that familial DNA has the option of being put through private labs, who have a bigger pool to check against.

Private labs have been used by Arizona law enforcement agencies and it was how the Coconino County Sheriff’s Office was able to identify “Valentine Sally” as Caroline Eaton, nearly 40 years after her murder.

RELATED: 'We can finally put her to rest': Valentine Sally identified as St. Louis runaway

The sheriff’s office was able to conduct the test thanks to a grant, allowing them to fund the tests.

The Coconino County Sheriffs Office has no room in the budget for private labs conducting familial DNA tests, so detectives and officers literally have to pick and choose which cold cases may get a second chance.

“How do you prioritize human life? It’s really difficult thing to do but unfortunately we have to do that, and it’s based on money,” Tozer said.

Beyond money there are concerns attached to familial DNA.

Some states, like Maryland, have banned its use as a tool for law enforcement due to privacy concerns, specifically when it comes to connecting an innocent person to the suspected perpetrator.

According to the Coconino County Sheriff’s Office, big DNA companies like 23 and Me and Ancestry.com have fought any order to have their DNA databases turned over to law enforcement.

Private labs can have access to a bigger pool of potential DNA than a state database, but it is by no means complete. So the investment may not be a sure thing.

However, law enforcement officers think it could be the best bet to help solve crimes.

Potential for Devil Dog Doe and other unidentified remains

Short hopes to get a familial DNA test done on Devil Dog Doe but there is no guarantee that it will happen.

The case is almost 20 years old. Every year, new cases skip to the front of the line. In Coconino County alone they have “around 20” unidentified remains. Three of those are from just the last couple of years and may take priority.

There is a database with the estimated 40,000 unidentified remains you can look at here.

“I can only imagine what they have to go through not knowing where that family member is,” Tozer said.

For missing person records for all of Maricopa County, check their website here.