The “Bermuda Blue” El Dorado has the name “Rita Hayworth” beveled on the doors, the rear, and the engine block. 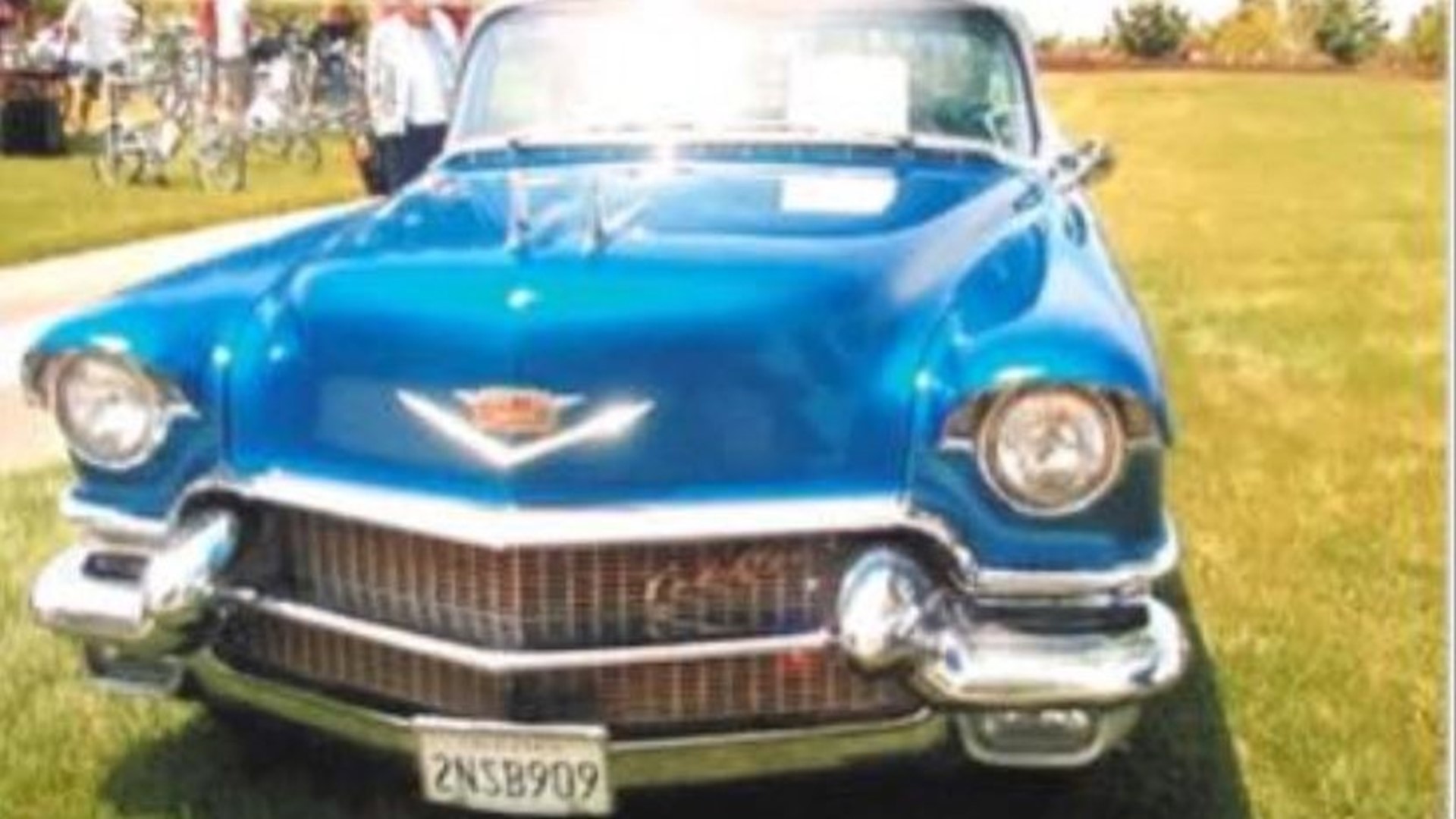 SACRAMENTO, Calif — Authorities have found a classic car that was stolen from a World War II veteran in Sacramento.

In an update from police, they said the car was found safe.

The 1956 Cadillac El Dorado bears an incredibly distinct look with its "Bermuda Blue" paint and the name "Rita Hayworth" beveled on the doors, rear, and engine.

The name "Rita Hayworth" refers to the Hollywood icon. Curly Bunfill, a World War II veteran with three purple hearts, says the car was willed to him after he danced with Hayworth at one of her parties.

Credit: ABC10
Curly Bunfill shows his drivers license after his 56 Cadillac was stolen and later found.

He says, from the moment he saw Hayworth, he couldn't stop himself from walking up to her and asking her to dance with him.

According to Bunfill, Hayworth took him to the garage of the house, where she kept all of her cars, and she asked him which car he would like. He told her that he liked "that old Cadillac."

"[Hayworth] was a very nice human being," said Bunfill. He said that he learned the car was stolen after his friend noticed Bunfill's garage door was open.

On Facebook, police said the car was stolen on Friday with several car show trophies inside the trunk.

While the car has now been found safe, police are still investigating and don't have anyone in custody at this time.