The lawsuit alleges Phoenix Police arrested more than 120 protesters using copy-and-paste probable cause statements during a demonstration last May. 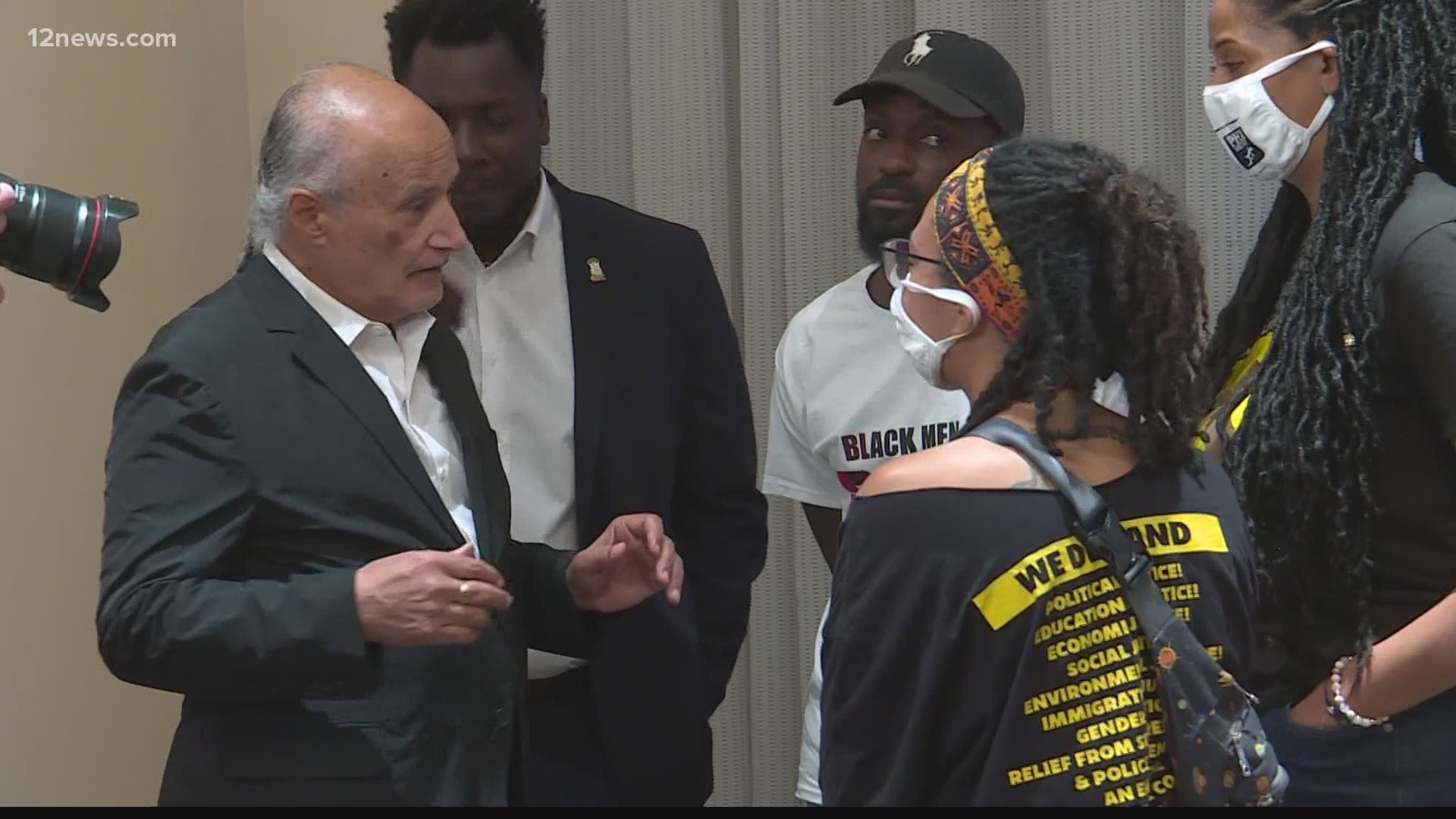 Community organizer and local activist Maxima Gurrero Sanchez is still dealing with the aftershock from her arrest during a May 30, 2020 demonstration in downtown Phoenix.

“I have a therapist and it was multiple sessions to just unpack what happened that night,” said Sanchez after a press conference announcing a federal lawsuit filed in the United States District Court of Arizona against the City of Phoenix and specifically naming Chief Jeri Williams and other police leaders as defendants.

Just days after the death of George Floyd in Minneapolis, Phoenix Police arrested Sanchez and more than 120 other protesters for "felony rioting." Those charges were later dismissed after judges tossed out the cases for lacking sufficient evidence.

Still according to the lawsuit, Sanchez was taken into custody by immigration official because she is a DACA recipient.

“It was really traumatizing to go through that experience,” said Sanchez. "The chains dug into my heels... I was told I would be transferred to the Eloy detention center."

The immigration case was ultimately dropped.

The lawsuit claims Phoenix Police detained Sanchez for hours in a poorly ventilated police vehicle without access to fluids or restroom facilities with numerous strangers and that she was threatened by the police, who caused her to be in fear for her own physical safety.

Sanchez says her arrest and the arrests of other protesters demonstrates the Phoenix Police Department's "abuse" of power and show what they do "without probable cause."

"The impact, the trauma, the unlawful arrests can not be repaired by a clerical error," said Sanchez.

The class-action lawsuit was filed by civil rights activist and lawyer William "Billy" Murphy Jr. in Baltimore, Maryland, The People's Law Firm in Phoenix and The Trial Law Firm in Pittsburgh, Pennsylvania.

“They were mass arrested with no regard to their participation in anything illegal,” said Murphy Jr. “These protestors were not treated as human beings."

The City of Phoenix and Phoenix Police Department released the same statement in response to the lawsuit:

"The City is committed to the safety, security and constitutionally protected rights of all its residents and visitors.

When the City is served with the complaint and has an opportunity to review the allegations in detail, it will file an appropriate response pursuant to the Rules of Civil Procedure which govern all federal civil lawsuits.

Sanchez says Williams needs to acknowledge she is leading a police department who wants to silence people for calling out law enforcement and abuse of power. "It's about accountability for the department," said Sanchez.