An MCSO deputy was arrested, accused of sexual misconduct. But, last week the Maricopa County Attorney’s Office dropped the two charges against Kaplan. 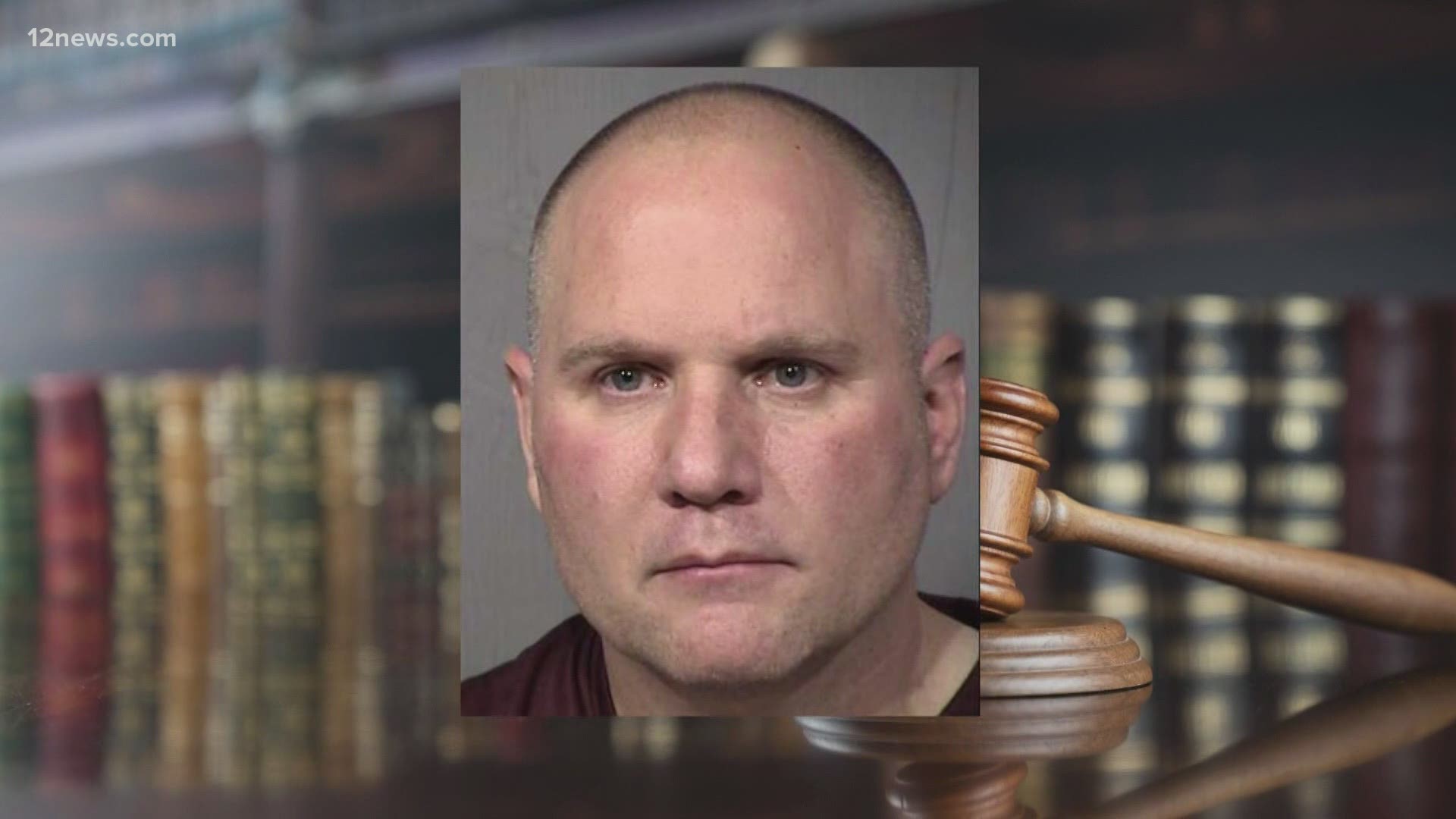 MARICOPA COUNTY, Ariz. — A small but crucial detail in state law is the reason a sheriff’s deputy is no longer under arrest, and no longer accused of committing a crime.

The law cited for Kaplan’s arrest was ARS 13-1412. It states “A peace officer commits unlawful sexual conduct by knowingly engaging in sexual contact… with… a subject of an investigation.”

Text messages and a recorded cell phone conversation support the allegations, according to investigators.

But last week the Maricopa County Attorney’s Office dropped the two charges against Kaplan. The deputy had been released from jail and ordered to wear an electronic monitor ankle bracelet.

A spokesperson for County Attorney Allister Adel says the word “subject” in the law pertains to a perpetrator of a given case, not the victim.

“It means the person you are looking at charging the crime with, or if you were to have somebody in your control, if you were transporting somebody that is the subject of an investigation or someone you had arrested,” said Jennifer Liewer of the Maricopa County Attorney's Office.

Sheriff's deputies arrested Kapan on Oct. 3. According to MCSO, Kaplan "admitted he was concerned about his job and knew he should not have been having sexual relations with the victim while still investigating her case."

Kaplan was accused of meeting the woman twice at her home to have sex.

The domestic violence case has since been dropped in court.

In a statement to 12 News, MCSO Sheriff Paul Penzone says he stands by the arrest.

“We believe it was a lawful arrest as the victim in the case can be defined as a ‘subject’ in the investigation as required in the statute. No further definition of this term is addressed in the statute. Additionally, the judge agreed and signed off on the probable cause statement,” Penzone said in the statement.

Kaplan is on administrative leave. He is represented by an attorney while he waits for an internal investigation to be conducted.

Defense attorney Kathryn Baillie said Kaplan is “rightfully upset” as any citizen would be who was wrongfully arrested.

“An innocent person was arrested. His liberties were taken from him,” Baillie said.

The County Attorney’s Office plans to ask the legislature to change the law so that peace officers who have sex with alleged crime victims can be prosecuted, Liewer said.

“Prosecutors who looked at this case specifically discussed with County Attorney Adel that it didn’t meet the statutory requirement, but that it would serve this community to go to the legislature and ask for a fix to this particular statute,” Liewer said.