Court filings show charges against Eric Maes have been dismissed after he attempted suicide on Saturday. The victim's family said Maes is in a vegetative state. 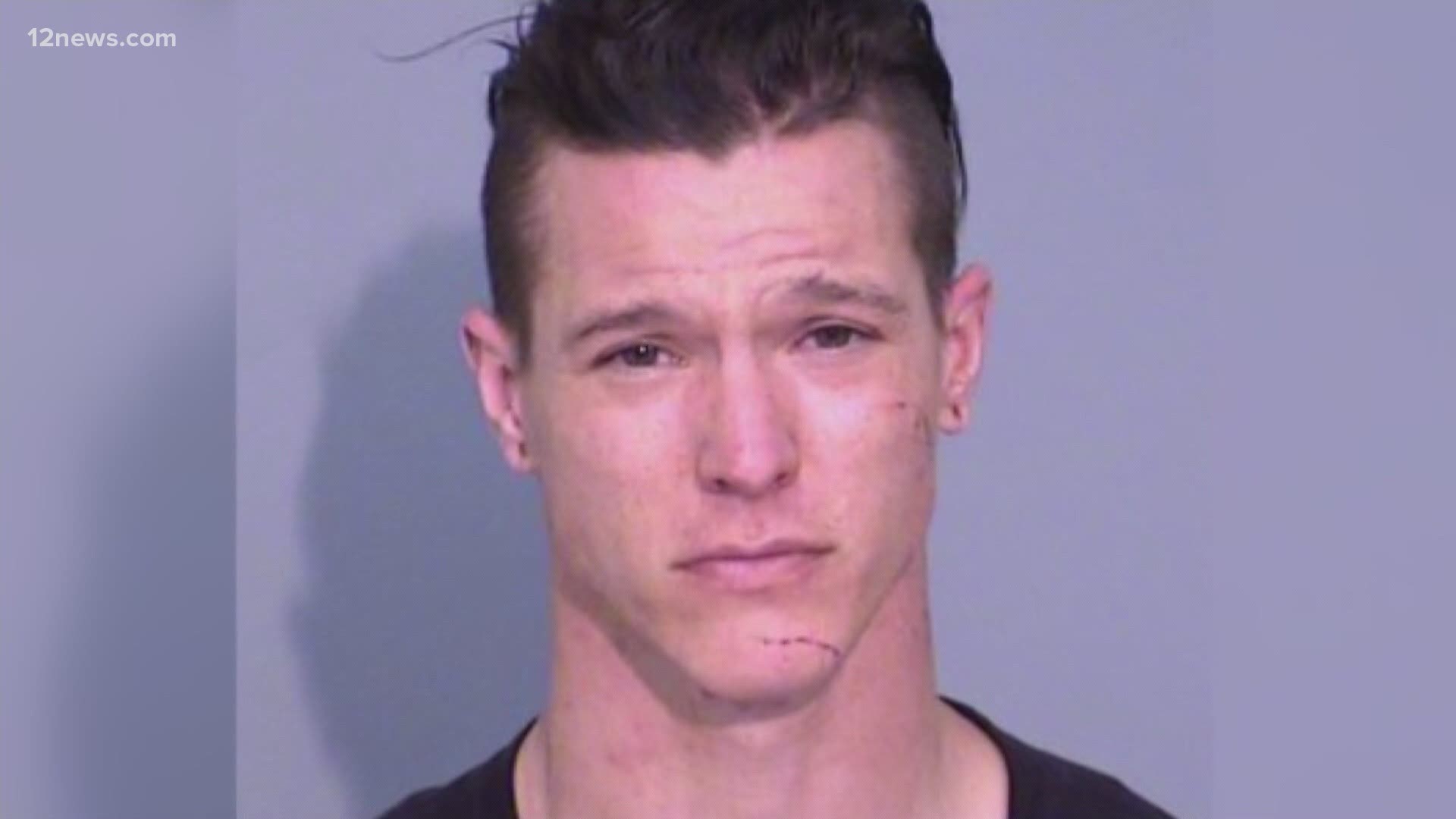 PEORIA, Ariz. — Court filings showed Thursday that charges filed against Eric Maes, the Peoria man accused of kidnapping his son and killing the child's mother last week, have been dropped.

Maes remains in the hospital after he attempted suicide on Saturday. The family of Brittany Martie, the mother of Maes' child who he killed in the kidnapping attempt, told 12 News that Maes is in a vegetative state.

The Maricopa County Attorney's Office confirmed Maes is medically incapacitated, and the sheriff's office does not believe Maes will survive.

An attorney on behalf of Maes' family reached out to prosecutors Wednesday night requesting a way to make medical decisions on his behalf and have access to him.

Prosecutors reached out to the judge after hours Wednesday night to file the motion to dismiss the charges against Maes.

“I want to be very clear we did not do this for the defendant, we believe it was the right thing to do for his family,” Jennifer Liewer, the spokeswoman with the Maricopa County Attorney’s Office, said.

Liewer said should Maes make a medical recovery, the charges will be filed again.

“We understand it’s important to consider other people in a situation of this nature so they (prosecutors) took and really gave an act of mercy to this family,” Liewer said.

Maes was charged with multiple felonies, including first-degree murder and kidnapping.

The state filed a motion to dismiss charges against Maes earlier this week. The motion was granted on Thursday, according to court filings.

Despite dismissed charges, victim’s family says Maes will always be a ‘murderer’ to them

Since the charges have been dismissed, and Maes is not likely to survive, Martie’s family will likely not see justice through the court system.

“We are disgusted, to tell you the truth,” Trish Faras, Martie’s sister, said.

“We believe this was premeditated murder, he’s always going to be labeled as a murderer in our family,” Faras said.

Their focus now is going to be on grieving the loss of Martie.

“She will always be a hero to us and to her children, Abel and Prudence,” Faras said.

Faras said the family will celebrate her life, instead of mourn it. Hoping people will know how much and how big Martie loved others.

Peoria Police last week upgraded Maes' charges from manslaughter after an interview following his arrest, where he told detectives he intended to take the child and hurt Brittany Martie, the baby’s mother.

Maes is the father of 10-month-old Abel, but had no legal custody. Court records said Martie did not let him see the baby without supervision.

The AMBER Alert was canceled after the child was found abandoned in good health at a north Phoenix home around 1 a.m. last Wednesday.

The ordeal began around 6:30 p.m. on Feb. 9, when Maes forcefully took the child from Martie as she was loading him in her Chrysler minivan in Peoria. Maes' family members in Peoria were caring for the baby boy at the time, police say.

Authorities said Maes got in the driver seat and took off with the baby inside. In an effort to stop the abduction, police said Martie jumped on top of the vehicle, but was later thrown off.

One witness told police they “saw the vehicle driving erratically and saw a person’s leg sticking out of the driver’s window.”

During an interview with detectives, investigators said when Martie fell off the van, Maes turned around and saw her standing in the sidewalk. That’s when Maes allegedly “intentionally hit her with the van with the intent of hurting her.”

Police say Maes admitted he got in an argument with Martie and stated he knew when she would be home with their son and waited there “with the intent of taking the child.”

Maes told investigators Martie “jumped out [of the minivan] while they were going 30 to 40 mph.” He told police he intended to hit her with the van, and after doing do, he drove off.

RELATED: 'Their mom literally fought for them to the death': Family remembers mom killed in Peoria kidnapping

According to court documents, in a phone conversation with his mother, Maes “sounded emotionless” when he recounted to her what he had done.

Hours after the baby was found, police say Maes called a friend and arranged a meet up to hand Abel off at a gas station at 19th Avenue and Bell Road, and said if police showed up, “he would suicide by cop.”

Phoenix police searched the area and found the crashed minivan at a park near 19th Avenue and Cactus Road, with what they believed to be blood and possible hand and fingerprints on the hood.

Maes also told investigators he has used methamphetamine for two years and had smoked the drug on the day of the incident.