Bob Chen was arrested on three felony counts and a misdemeanor last week in a human trafficking sting. He died by suicide days later. 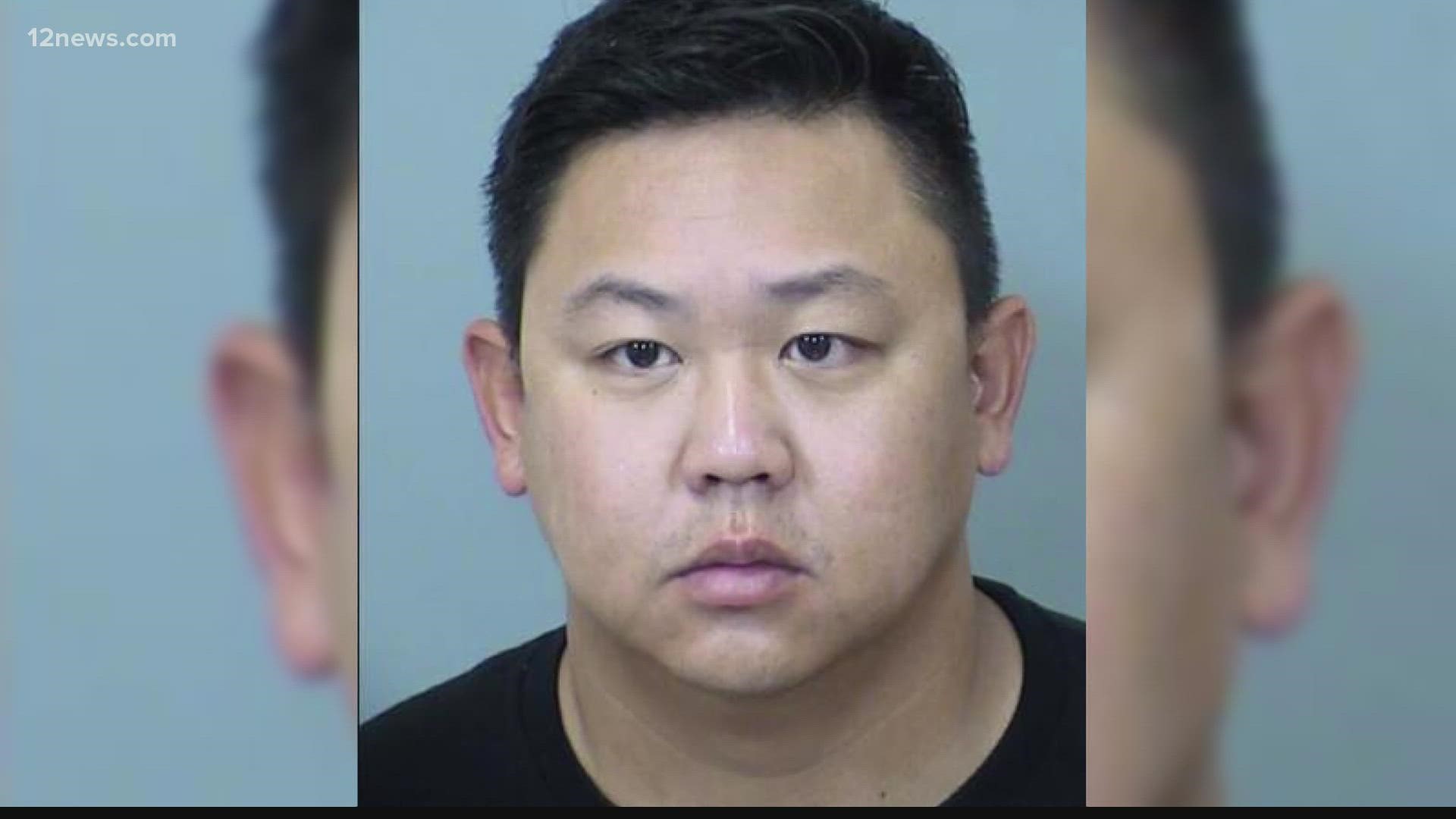 CHANDLER, Ariz. — Days after an East Valley swim coach was arrested in a human trafficking sting, he took his own life at a gun range.

Chen was among those arrested. He was charged with attempted sexual conduct with a minor, child sex trafficking with a minor under 15, prostitution, and attempted money laundering facilitating racketeering.

In court documents, Scottsdale police investigators said Chen arranged a time, place and payment to have sex with a detective posing as a 24-year-old woman and an officer posing as a 14-year-old girl.

Documents said Chen showed up to the location in Mesa he arranged through an app with $400 to pay the women. However, investigators said in the court documents that he left the parking lot and then was pulled over by police.

Chen was booked into Maricopa County jail and released on Saturday.

‘Nobody saw this coming’

"Nobody saw this coming," Tait said.

Chen mostly worked with high school-aged swim athletes over his time there.

“His personality does not match this, his actions on the pool deck, coaching, working with kids – nothing lines up,” Tait said.

Tait said Chen had just accepted a job in California. The team had celebrated his time with the team last week and became concerned when Chen appeared to have gone missing Friday and into Saturday.

It was after Chen got out of jail that Tait said Chen called another swim club employee and told the employee about the arrest.

“We are shocked, we are saddened, we feel betrayed,” Tait said.

“We learned on Tuesday that Bob Chen was arrested last week allegedly for attempting a crime against children.

Chen worked for Rio Salado Swim Club, but also assisted at our schools, including serving as interim swim coach at Chandler High during the 2020-2021 school year after coach Kerry Crosswhite died from COVID last summer.

CUSD has not fielded concerns about Mr. Chen during the eight years he coached for us and we have no information that suggests Chandler Unified students were victims of a crime. We have been in communication with Mesa Police. The district cooperates with law enforcement on any information shared or investigations needed.”

Chen appeared suicidal after his arrest

Tait said as the employee talked to Chen, he questioned Chen about his actions.

“We obviously were asking him those questions immediately, ‘Have you harmed anyone? Any inappropriate relations inside or outside your profession at all with any child?’,” Tait said. “And he said, ‘No.’ We don’t trust that at this point.”

“He asked Bob if he was suicidal and Bob said yes,” Tait said.

At that point, Tait said, the employee got in touch with another employee and they got weapons cleared out of Chen’s house and called his parents to come keep watch over him.

However, Chen slipped out of the house on Sunday afternoon, Tait said.

Tempe Police said Chen shot and killed himself at a gun range.

If you or someone you know are having thoughts of suicide, you are not alone. Call the National Suicide Prevention Lifeline at 1-800-273-8255.

Tait said he alerted team parents of Chen’s death and arrest. Calling a parent meeting to discuss the arrest specifically, in hopes of allowing parents a chance to talk to their children to find out if they had been a victim of Chen’s during their time with the club.

“Nobody is going to heal in one day or one meeting this is going to take months it could take years,” Tait said.

As the team works towards healing, Tait asks for community support.

“I would just ask the community to pray for these kids,” Tait said.