Daybell was arrested earlier this month after investigators found the bodies of two missing children buried on his property. 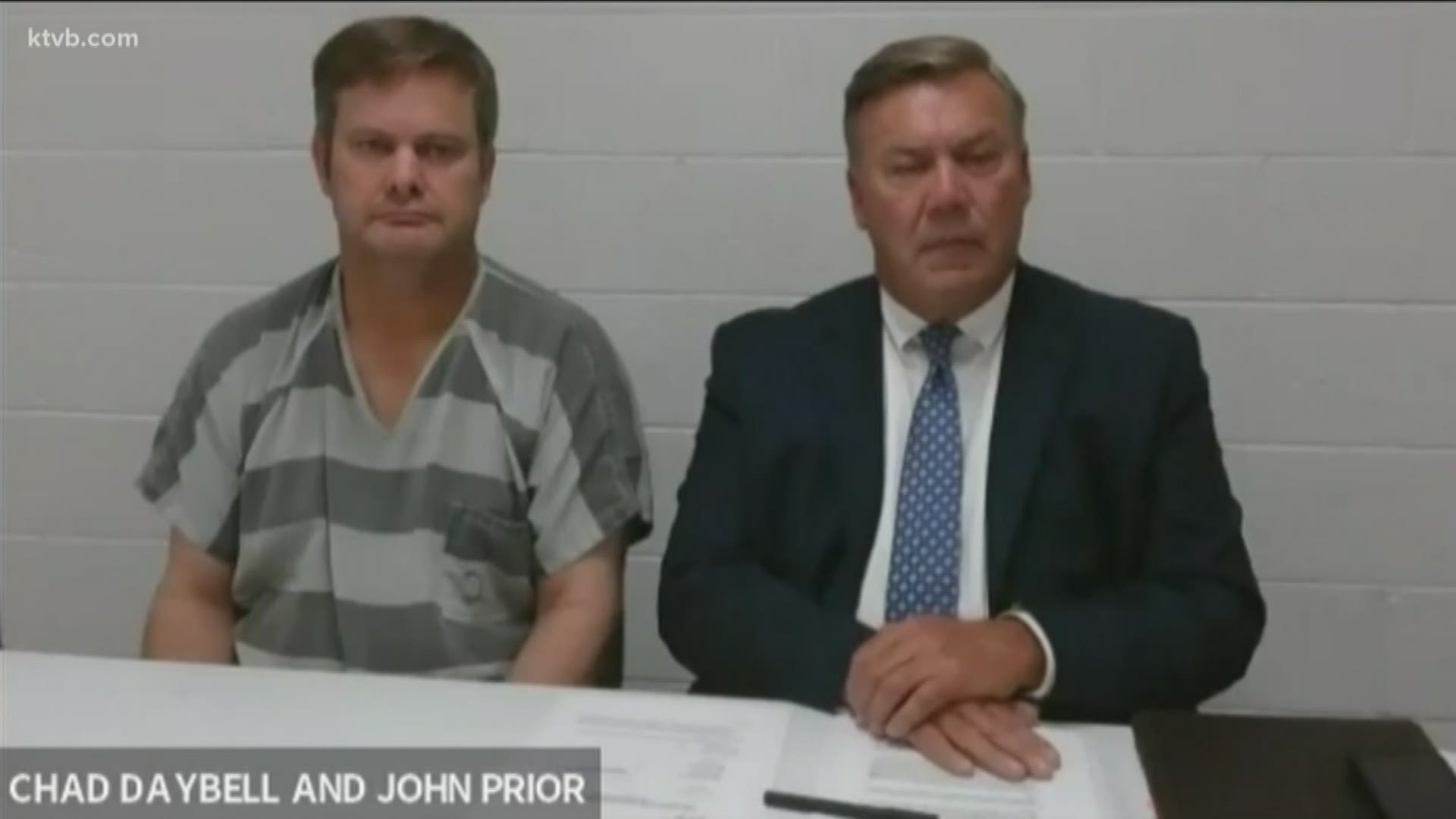 REXBURG, Idaho — A Rexburg man arrested earlier this month after investigators found the bodies of two missing children buried on his property appeared in court Wednesday afternoon for an initial arraignment.

Chad Daybell was charged Tuesday with two new felony charges of conspiracy to commit alteration, destruction or concealment in connection to the case. Lori Vallow, Daybell's wife of seven months and the mother of the dead children, is facing the same charges.

Daybell was arrested June 9 after the bodies of 7-year-old JJ Vallow and 17-year-old Tylee Ryan were discovered buried in a pet cemetery on his property in Fremont County. JJ's body was wrapped in plastic and duct tape, investigators say, while Tylee had been dismembered and burned.

Both children had been missing since September. Authorities have not yet determined how they died, and neither Daybell nor Vallow has been charged with causing their deaths. Rather, according to prosecutors, the new charges are connected to the criminal act of concealing JJ and Tylee's bodies.

According to the indictment, Daybell conspired with Lori Vallow and another person to conceal evidence in the investigation. Both Daybell and Vallow were also untruthful when questioned by law enforcement, and pressed others to lie on their behalf about where JJ and Tylee were, according to prosecutors.

Daybell, wearing a white dress shirt and black tie, appeared in court via Zoom alongside his lawyer. He spoke little during the brief hearing, answering Judge Faren Eddins with a calm "yes, your Honor" when asked if he understood the charges.

Daybell also faces two other felony charges of concealment of evidence in connection to the case. If convicted, he could face up to five years in prison for each count.

KTVB made an interactive timeline of the events surrounding the disappearance of JJ Vallow and Tylee Ryan:

Watch more on the the case of JJ Vallow and Tylee Ryan:

See all of the latest coverage in our YouTube playlist: