Catching bank robbers in a time when everyone is wearing masks

More than 20 Arizona banks have been robbed since the beginning of 2020. How is law enforcement catching the thieves? 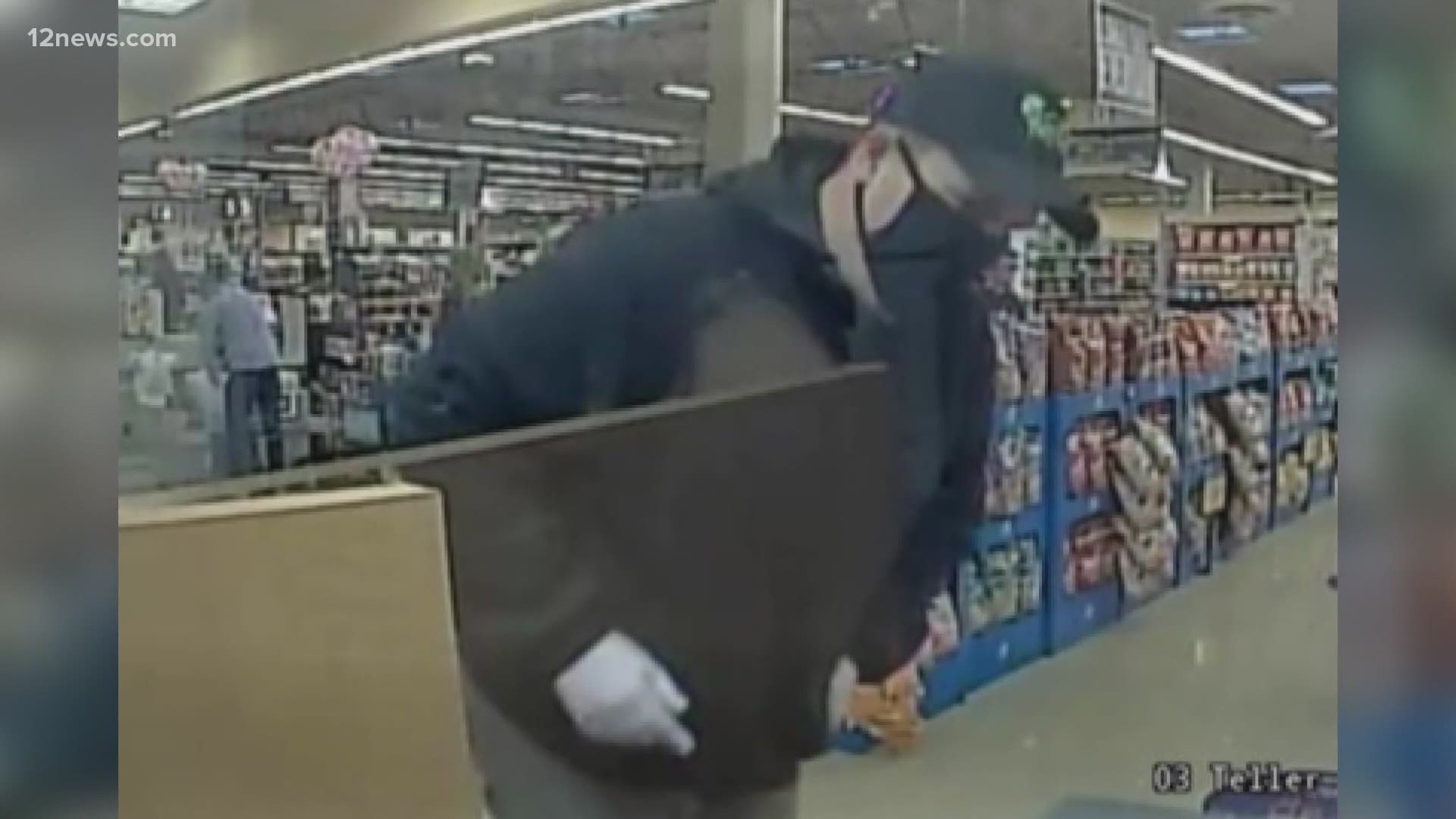 PHOENIX — Because of the COVID-19 pandemic, safety precautions may be helping criminals blend in.

Based of press releases sent to 12 News there have been at least 24 bank robberies in Arizona since the start of 2020.

"It’s a little bit more difficult to identify the person who robs the bank when he's wearing a mask," Iannarelli said.

Without the aid of being able to recognize a criminal's face, detectives turn to other techniques.

“They are looking for witnesses, escape vehicles, direction of travel. Did they leave physical evidence behind?” Iannarelli said.

Many robbers have been put behind bars because of these investigative strategies including a Pima County arrest of two robbers in October, and a suspect who was killed by the FBI while they served a warrant in June.

While law enforcement is becoming keen on tricks to catch a suspect without a clear picture of their face, some bank robbers are still on the lose.

A robber nicknamed the Piggy Bank Bandit has a neck tattoo on the left side and has hit six banks since December. Despite the telltale identity marker, police have yet to place an identity.

As time goes on, new tactics may even be able to help catch criminals once the pandemic is over.