The couple accused of filing the false report was identified as 40-year-old Stormee Wagner and 37-year-old James Wagner. 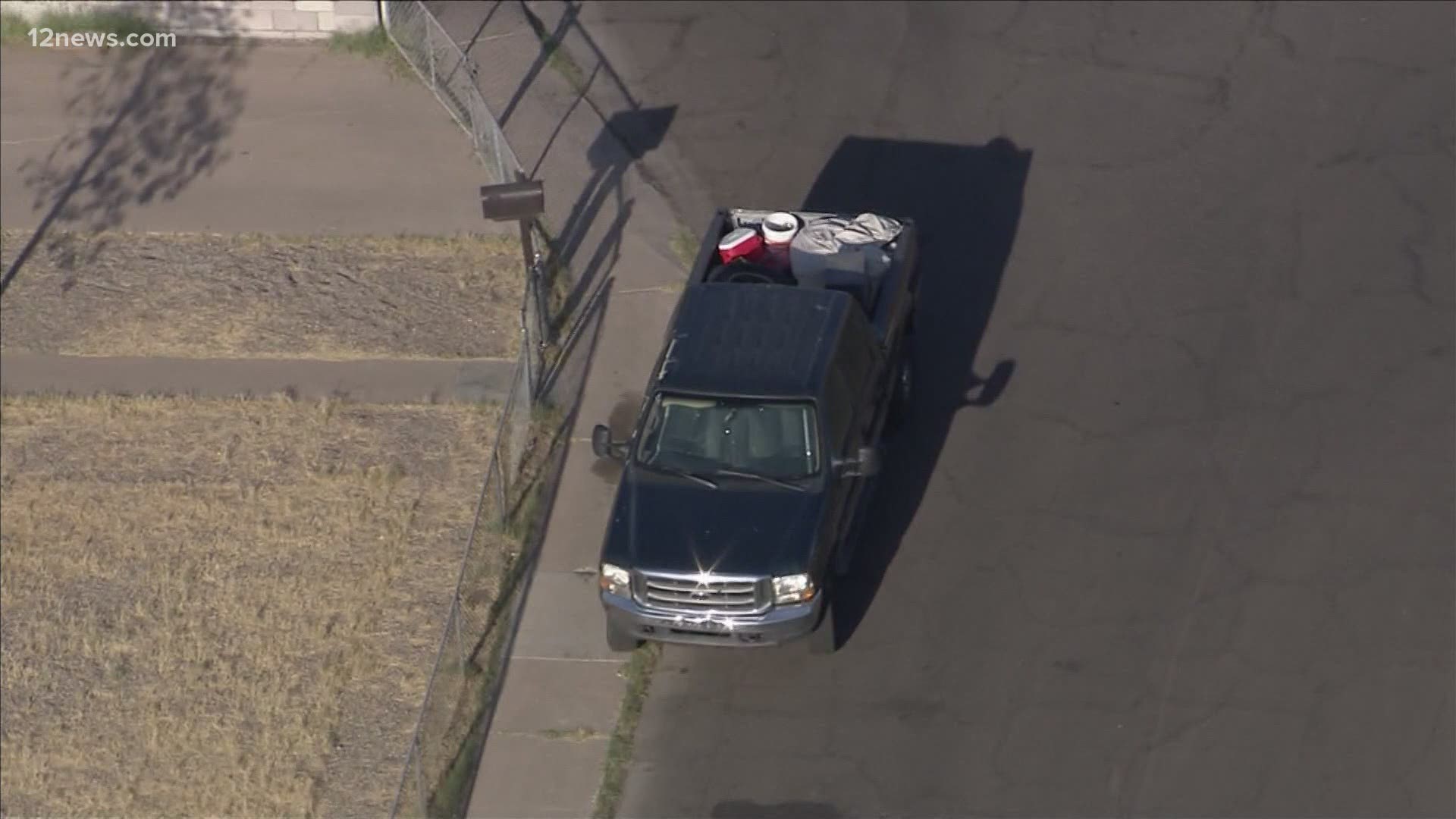 PHOENIX — Authorities say that a report about a stolen truck in Phoenix and kidnapping was a fabricated story to receive a quick police response to the stolen vehicle.

The reporting couple, later identified as Stormee Wagner, 40, and James Wagner, 37, originally told police that their truck with a baby girl still inside was stolen Wednesday afternoon.

The incident started at a convenience store near Indian School Road and 3rd Avenue.

Officers located the stolen vehicle but did not find the child. They later determined that the child they were searching for did not actually exist, police said.

Authorities said that they used extensive resources in the search including the use of a police helicopter.

The reporting couple was arrested and booked for false reporting to law enforcement.

The couple who allegedly took the car without permission will have charges submitted.