It was the second fatal shooting involving officers in Maricopa County in less than 24 hours. 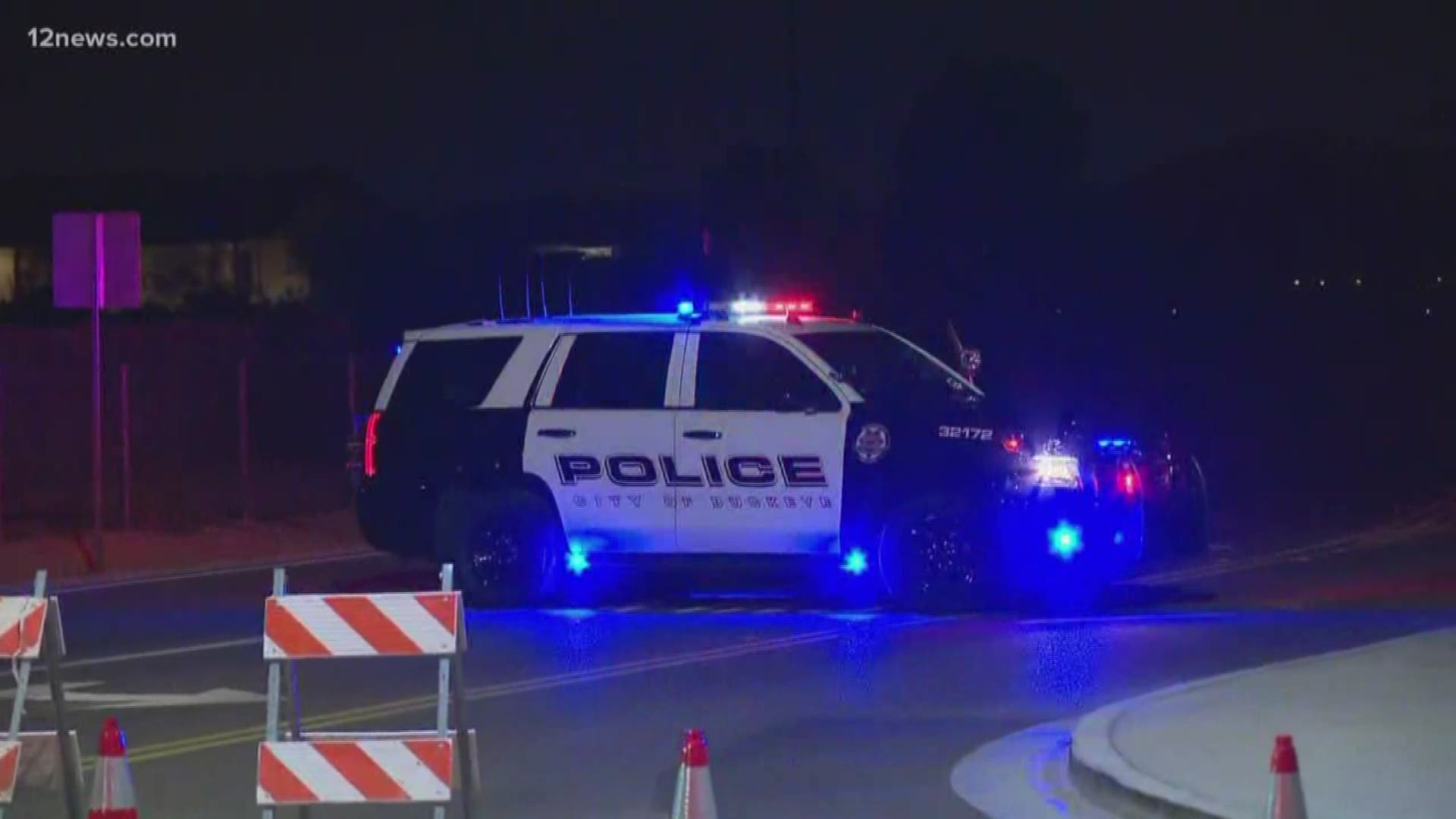 A person who was described by police as a suspect in a shooting was shot and killed by law enforcement officers in Buckeye on Sunday, authorities said.

The Buckeye Police Department said officers and deputies with the Maricopa County Sheriff's Office responded to a shooting call near 223rd Avenue and Lower Buckeye Road around 6 p.m.

Deputies found an adult man with gunshot wounds on the scene. The man was transferred to a local hospital with life-threatening injuries.

Buckeye police officers made contact with the suspect, which resulted in an officer-involved shooting between police and the suspect, police said.

The suspect was pronounced dead at the scene.

MCSO will be investigating both shootings.

Deputies were working the scene in the area of Lower Buckeye and Watson on Sunday night. People are asked to avoid the area.