Police got 911 calls from a woman claiming that her ex-boyfriend was harassing her and that he has a history of violence. 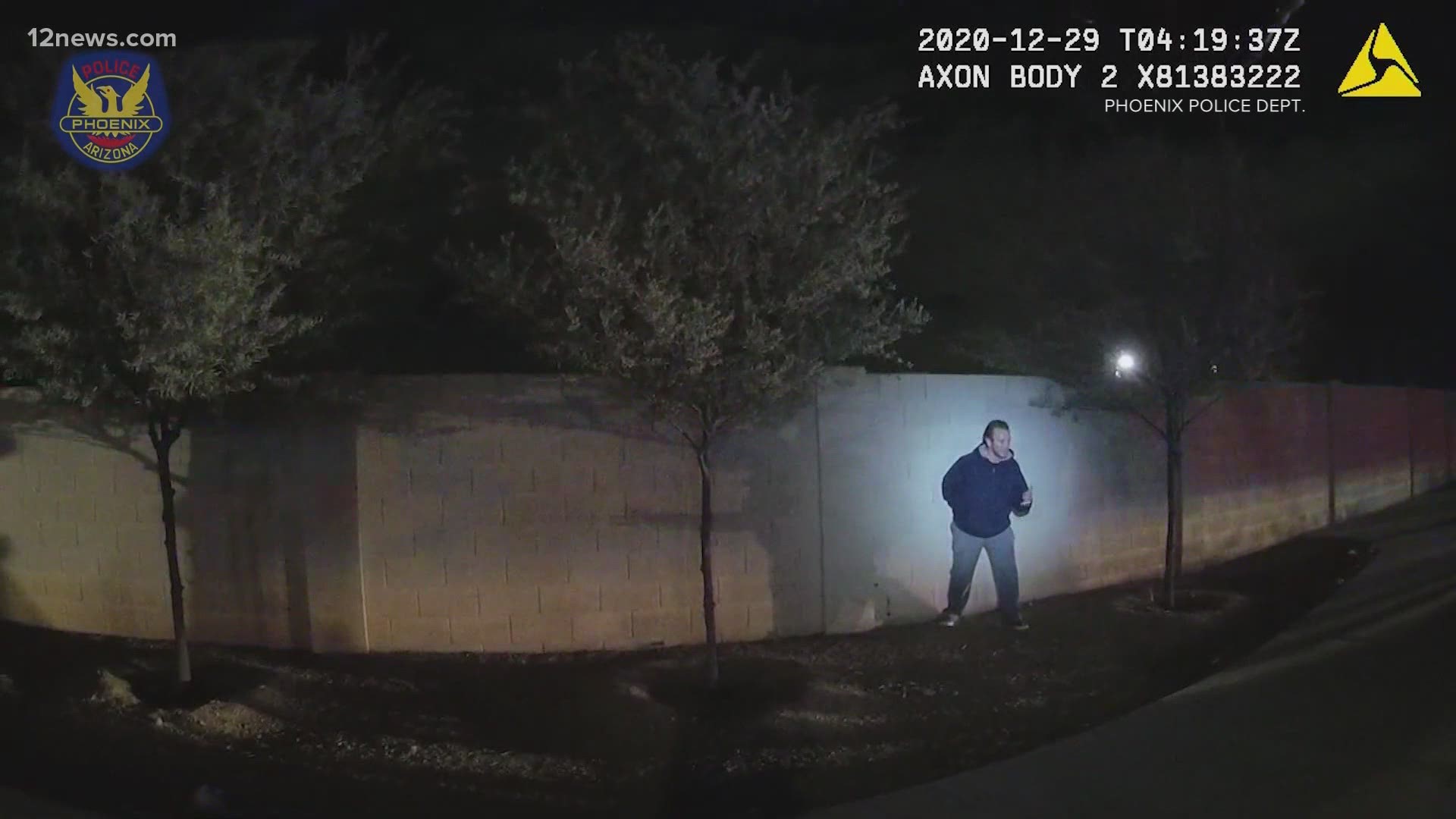 PHOENIX — Newly released body camera video shows a suspect screaming at Phoenix police officers and motioning as if he had a gun before he was shot last month.

The deadly police shooting happened on the evening of Dec. 28 near 27th and Orangewood avenues.

Police got 911 calls from a woman claiming that her ex-boyfriend was harassing her and that he has a history of violent behavior.

When officers arrived, they found 30-year-old Jordan Crawford wandering the area. When he was confronted, the suspect can be heard telling officers that he has a gun.

The body camera video, which was edited by the Phoenix Police Department, shows Crawford marching back towards the street while ignoring police commands.

Crawford can be seen with his hand on his waistband while officers ordered him to surrender.

The video below has been edited by the Phoenix Police Department and contains graphic content. Viewer discretion is advised.

“Jordan, don’t do this,” one officer can be heard pleading. “Show us your hands right now, brother.”

Crawford responded by saying, “Who wants to kill someone tonight?”

As more officers arrived, Crawford can be heard yelling at officers before counting down from five. At which point, he quickly raised his hand at officers.

A volley of gunshots followed as multiple officers fired at Crawford, killing him.

After the shooting, Phoenix police say officers used less-than-lethal weapons to approach Crawford before giving him medical aid, but this was not shown on video.

No weapon was found on Crawford.

The five officers involved are part of the Cactus Park precinct and none of them were hurt during the incident.

RELATED: PD: Suspect told officers he had a gun, simulated handgun, before officers shot him