Brittany Martie, the mom who died trying to stop her son from getting abducted Tuesday, is seen on body camera video reporting a domestic violence assault in 2019. 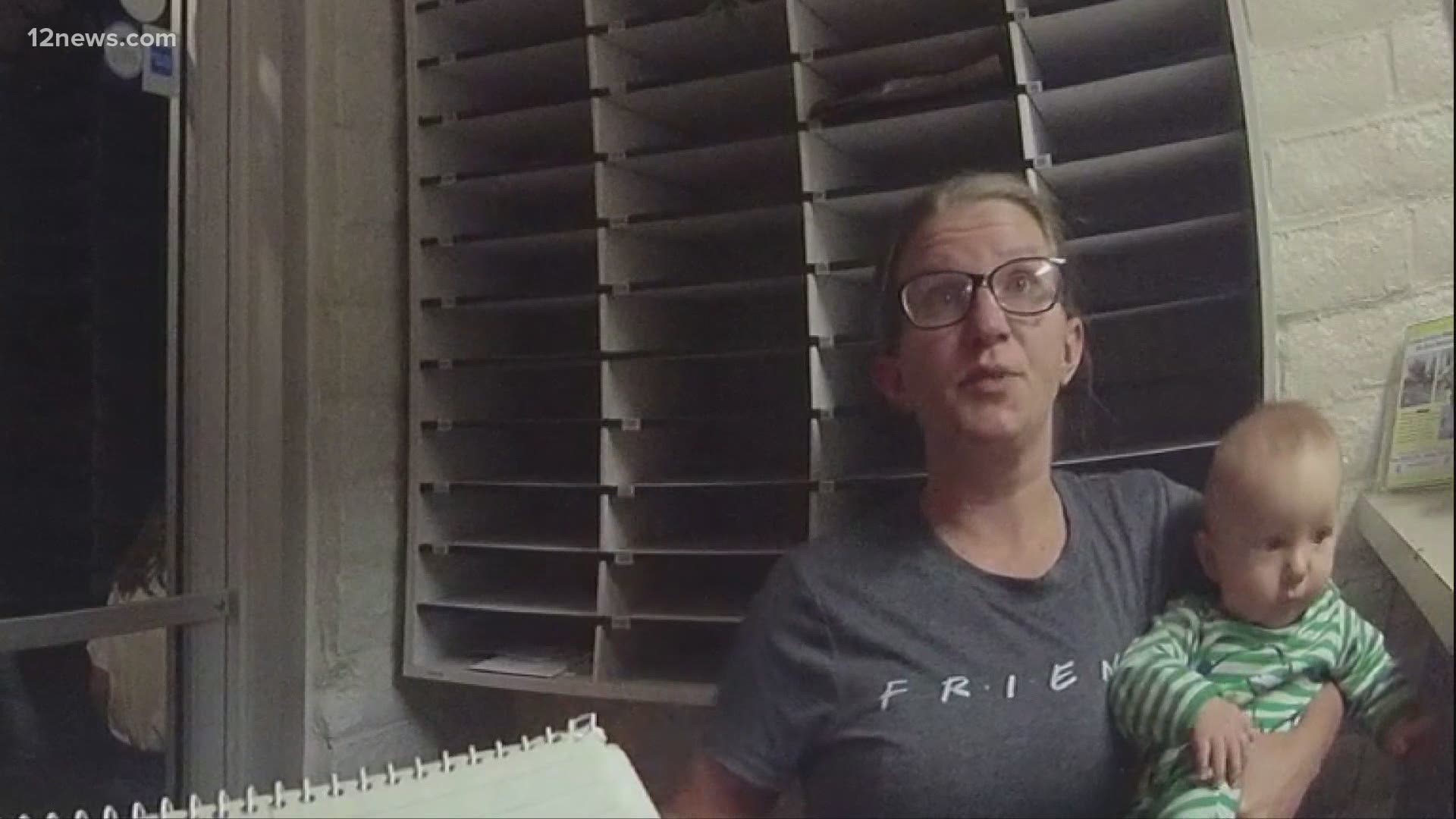 PEORIA, Ariz. — Brittany Martie endured a pattern of physical, verbal, and mental abuse before she was killed on Tuesday by her boyfriend Eric Maes. Maes intentionally hit Brittany with a minivan as he abducted their 10-month-old son in Peoria.

Brittany and Maes were together for four years, but since 2019 she reported multiple domestic violence incidences.

“He started threatening me again, and he was like 'you’re a *explicit* I’m going to squeeze your neck until your head pops off,'” Brittany told a Yavapai Sheriff Office deputy when he responded to a 911 call at a motel the couple was staying at in September of 2020. “[He] said if I call the cops, he was going to beat me until they [got] here”.

When deputies interviewed Maes, he said he had not laid hands on Brittany, but her 11-year-old daughter told officers she witnessed Maes slap Brittany. Police say the daughter made the initial 911 call.

“He slapped me across the face and then I was like 'stop, stop' and I was trying to calm him," Brittany told the deputy as he investigated what happened that night. “Then he shoved me over the bed onto my back”.

In March, June, August and November 2019, Brittany reported being assaulted by Maes. He was ordered to attend domestic violence and substance abuse training, but due to COVID-19, the dates were pushed back.

In the body cam video, Brittany recounted how she had to escape from the room she had been staying in with Maes and her two children. She said she had to run to the motel’s office to ask for her the first chance she got.

“I want to get a restraining order, I’m done”, Brittany told the deputy.

Investigators say Maes admitted to intentionally hitting Brittany with her minivan, after he got behind the wheel while she was loading her 10-month-old son in the back seat. Maes told investigators he “wanted to hurt her”.

Brittany was taken to an area hospital, where she died hours later.

Maes is in jail on a $2 million bond. He also faces three other felonies for kidnapping, endangerment, and auto theft.

“He said you guys are going to have to break down the door to come save me," Brittany said.