Tempe police released an edited video that shows Mohamed Al-Hashemi being arrested for trespassing just the day before he was killed. 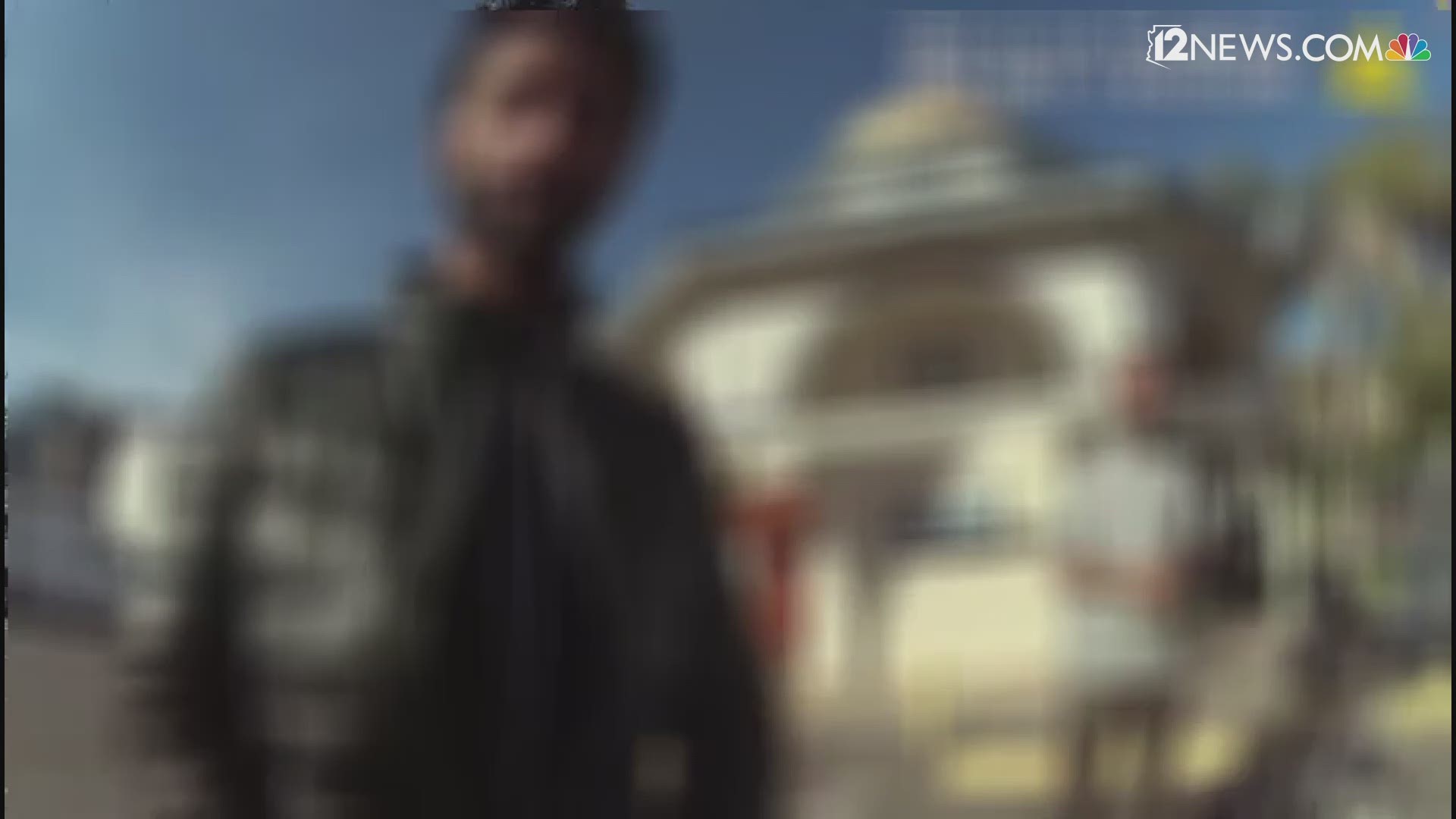 PHOENIX — Newly released bodycam video shows the arrest of a man the day before he was shot and killed by a DPS trooper.

Police stopped Al-Hashemi after he was seen vandalizing a street sign and walking in the middle of the road in Tempe. DPS says Trooper Hugh Grant tried to arrest him but Al-Hashemi fought back. The department released dashcam video that shows Al-Hashemi taunting Grant and punching the officer after he tased him.

Al-Hashemi and Grant struggled for several minutes before the officer shot him.

"He was in a fight for his life,” Milstead said.

Tempe police released an edited video Tuesday that shows Al-Hashemi being arrested just the day before for trespassing at a mosque.

“I came here to pray,” Al-Hashemi can be heard saying as he was arrested. “What are the rules? Show them to me.”

Workers at the Islamic Community Center reported Al-Hashemi, a native of Qatar and former ASU student, for breaking into the mosque at 3 a.m. to pray.

He was issued a warning for trespassing and ordered not to come back, but Al-Hashemi returned later the same day.

Police are still investigating what motivated Al-Hashemi to act out, but a mosque worker can be heard in the video saying, “He has some nervous problem.”