The shooting happened outside a Phoenix hotel earlier this month. The suspect survived her injuries and now faces several charges. 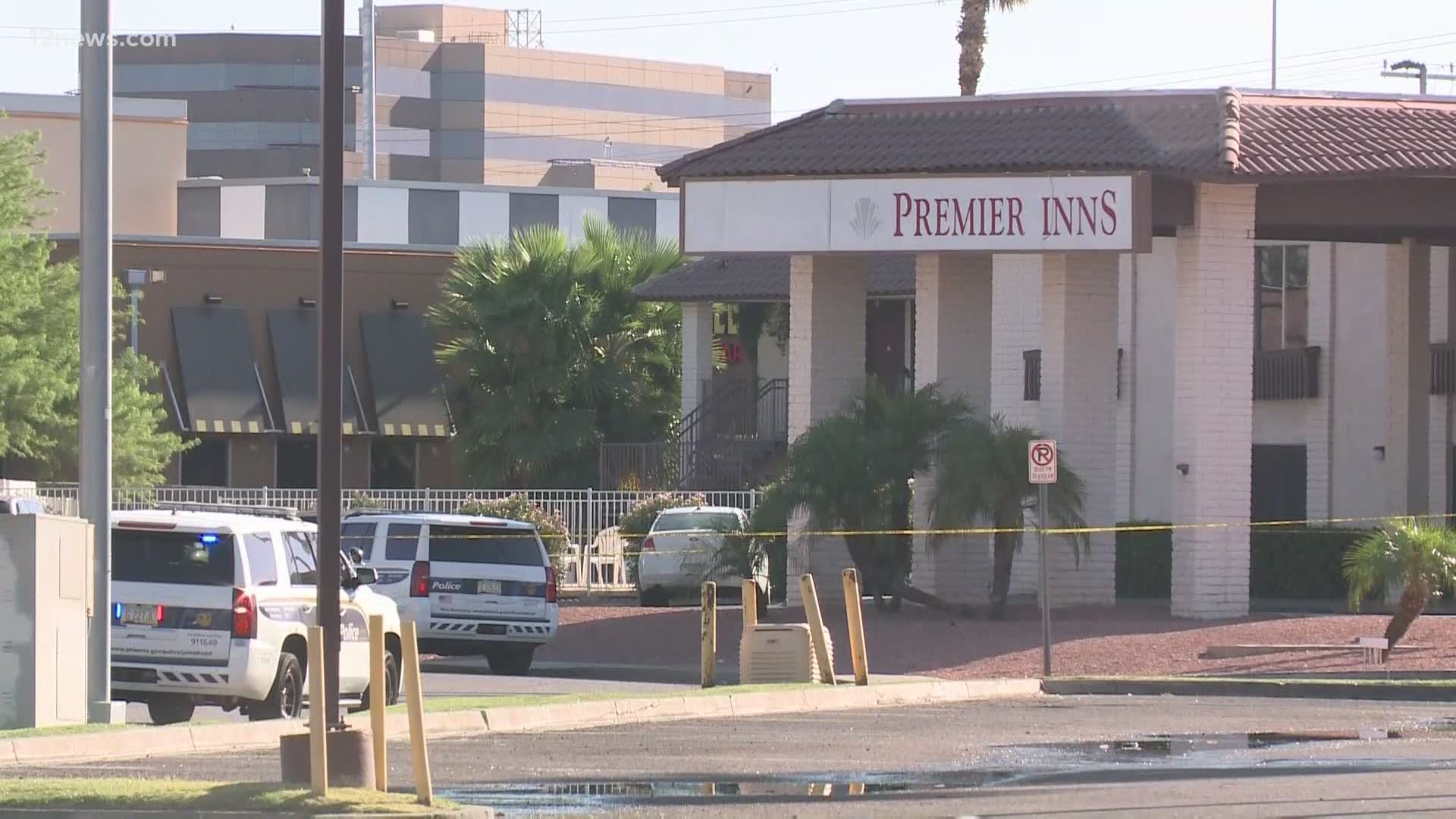 PHOENIX — The Phoenix Police Department released body camera video from a July 8 police shooting outside a hotel that injured a woman.

The woman was suspected of firing shots inside a hotel room.

The woman's roommate called 911 around 6:35 a.m. and reported that she was acting "crazy" and that she fired a gun outside.

Officers arrived on scene and found the caller, who led them to the woman who was outside. She was later identified as 24-year-old Jovanna Kelsey McCreary.

McCreary denied having a gun and denied firing a gun. She allowed officers to search her bag where they found illegal drugs, according to Phoenix PD. Officers also found McCreary had a warrant out for her arrest.

Body camera video released by the department showed an officer putting her in handcuffs. She struggled to get free and pulled a gun out of her waistband and fired it at officers, missing them, police say.

Phoenix PD says that's when two officers drew their guns and fired at McCreary, who still had a gun in her hand.

McCreary sustained critical injuries, but survived. She is charged with aggravated assault of a police officer, resisting arrest, possession of narcotic drugs and an outstanding misdemeanor warrant.

No officers or bystanders were injured during this incident.

The shooting is under internal and criminal investigation, according to Phoenix PD and will be reviewed by the Maricopa County Attorney's Office.

Editor's note: The video below was produced and released by the Phoenix Police Department. The video contains strong language and violence and may be upsetting to some viewers.

RELATED: 'If he lifts that gun up anymore, I'm shooting him': Body-worn footage shows tense confrontation before fatal shooting of James Garcia

RELATED: DPS trooper who shot Dion Johnson had a long history of incidents