Bizarre and an inconsistent story: Inside the arrest of 'Empire' star 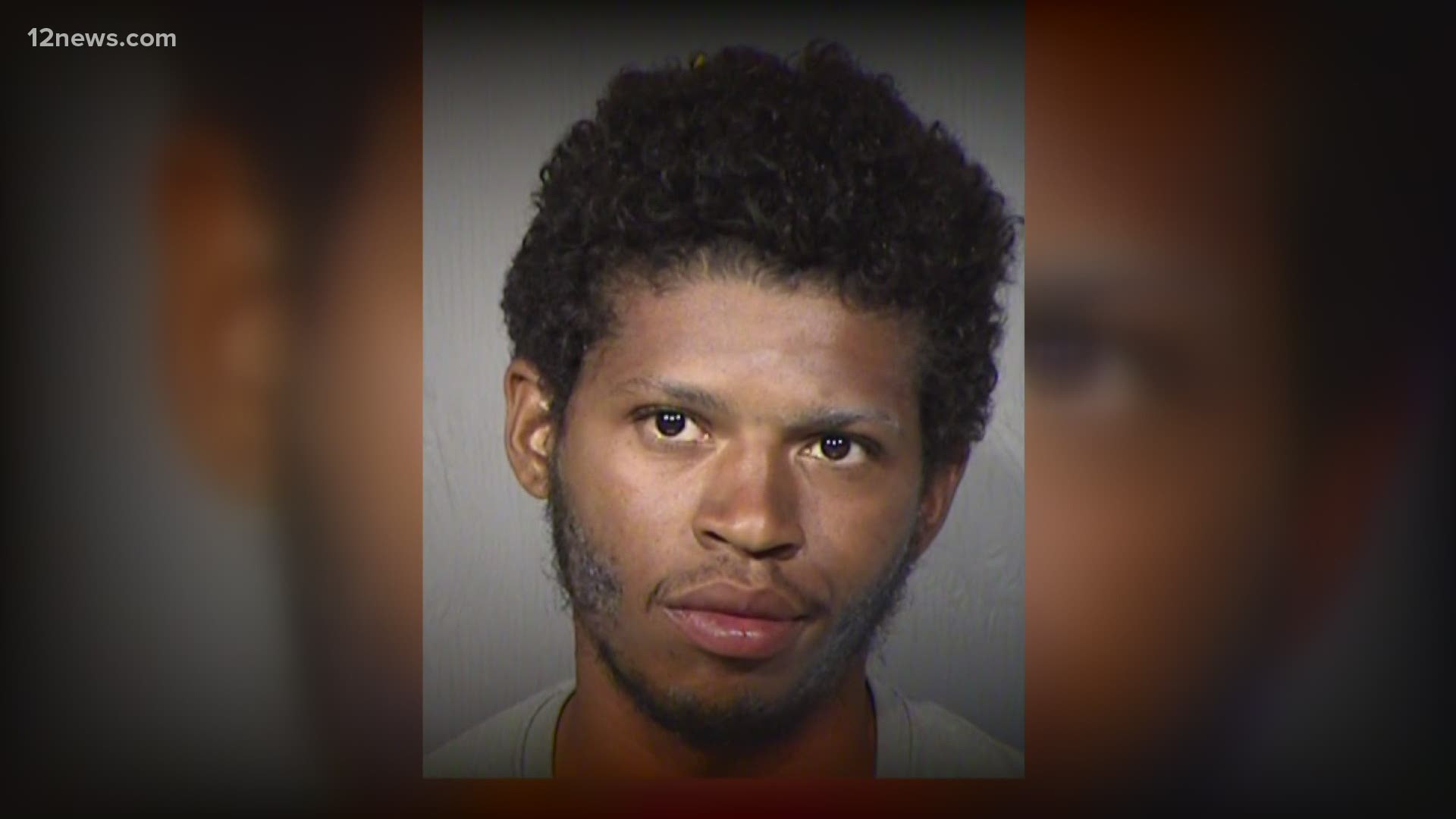 PHOENIX — Hours of body camera footage shed new light in the arrest of a TV star in the Valley.

Last July, Goodyear police arrested Bryshere Gray, best known for his role as Hakeem Lyon in the hit series Empire, on a slew of aggravated assault and kidnapping charges for allegedly beating his wife, Candice Jimdar.

In a records request obtained by 12 News, Jimdar called 911 saying Gray assaulted her in their Goodyear home.

Officers would arrive on scene and find Jimdar with wounds on her face.

She told investigators she confronted Gray after seeing messages from other girls on his cell phone. Jimdar said Gray called them fake, before he went after her. She alleges Gray “said he was going to kill her,” punched her more than 100 times, choked her, and pulled a knife on her.

Gray defended himself during a bizarre 2-hour interview with police. See the full interview on our YouTube channel here.

Gray initially called Jimdar his "best friend." When asked by police in the two were married, Gray said "in a way."

Gray claimed he and Jimdar were in an open relationship.

"We have an open relationship as well so I allow her to have a boyfriend because I'm really busy," he said.

He claimed that Jimdar was suicidal and had threatened to hurt herself.

In interviews with police, Jimdar told police she had threatened to hurt herself in the past to try to stop him from beating her. She said Gray had abused her more than a dozen times.

Gray also seemed to claim another person could have assaulted his wife.

Gray told police a man named "Mark" came over after he left to go to a friend's house named "John."

"[I] Went to my friend’s house, then she called "Mark" over, he didn’t see something he liked, that’s why I have that F1 Savannah cat, but he’s just a kitten, I don’t know what happened," he said.

According to Gray's wife, Mark is a fake name Bryshere uses when he does not want to be recognized and orders food from hotels.

"He just says his name is Mark. That’s like his little fake name." Jimdar told police

Throughout the 2 hour interview, Gray's account of what happened constantly changed.

According to what Gray initially told police, he went to "John's" house and to play football. He eventually was texted or called by a neighbor telling him of a major police presence at his home.

Police told Gray they would be able to track his phones

"Even if it’s dead?” Gray asked. After police said yes, Gray told them he did not bring a phone with him to John's house.

"I didn’t take that with me to John's house, I hid that phone under the mail box" Gray said.

Police asked if Gray knew "John's" number or could tell them the address where John lived. Gray said he did not know the information, because he had met John just days before.

Officers asked about what happened at QuikTrip. While Gray was inside the gas station, Jimdar got out of his car and asked a AAA tow truck driver to help her escape and call 911.

12 News obtained two 911 calls. One from Jimdar telling police she had been abused and needed the help and another from a "Mark Gray" who said his wife had disappeared.

During the police interview Gray stated he initially thought he was alone in the vehicle at the QuikTrip. An officer then informed Gray that security cameras showed another person leaving the vehicle and escaping in a tow truck, Gray went silent before saying "I'd say that would be a surprise."

Officers said they did not believe Gray's version of events. They told Gray footage from neighbor's doorbell and security cameras would likely be able to show him coming and going.

"My neighbors don’t do surveillance like that," Gray said.

His wife told officers he’s diagnosed with bi-polar disorder and ADHD, but won’t take his medication.

The documents reveal that Jimdar told officers that he has abused her dozens of times, but it didn’t start until after they got married. At the time of the arrest, the couple was married for just 9 months. We reached out to Gray’s representatives for comment, but haven’t heard back.

Gray faces 4 charges of aggravated assault, and a kidnapping charge. His trial is set to begin in the coming months.

You can read the full police report here.