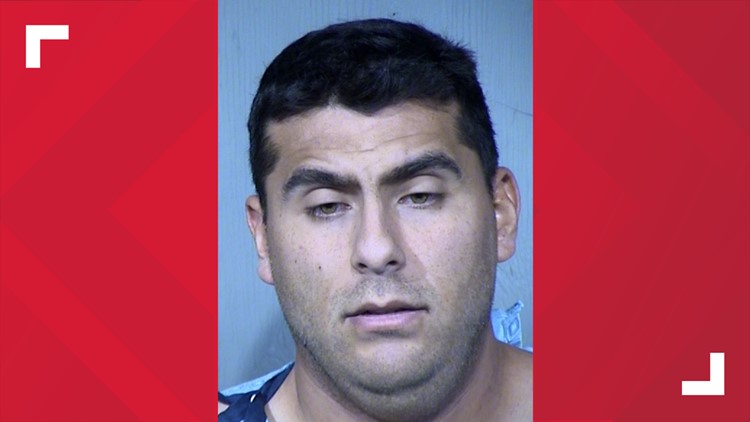 AVONDALE, Ariz. — A man has been arrested and faces charges for murdering his father, Sunday morning in Avondale.

Avondale police said at 10:56 a.m. they responded to a well-fare check call near Durango Street and Avondale Boulevard. A man reported to police his brother called him to tell him he had killed their father.

Less than five minutes later, another call was received. The caller told the 911 dispatcher that he had killed his father and he put the knife in the dishwasher, adding his father’s body was in the living room.

Investigators said when police officers got to the home they found Gustavo Reyes Jr. covered in blood, walking around the living room, holding his cell phone with 911 still on the call screen.

Paramedics found the victim laying on the floor with stab wounds to his face, torso and legs, at a short distance from the suspect, police said. The victim was pronounced dead at the scene.

RELATED: Superior mother accused of killing 2 children by leaving them in car pleads guilty to murder

Reyes Jr. was transported to a local hospital due to a cut on his leg.

Police said that while at the hospital, Reyes Jr. made a spontaneous statement about killing his father.

Police said they obtained a warrant for the residence and found a broken, bloody knife in the kitchen sink.

The suspect’s brother told police he had dropped off Reyes Jr. at the home around 10:30 a.m. and received a text message from him at about 10:45 a.m. asking him to come back.

The brother also told police Reyes Jr. called his mother, who is out of the country, to tell her what he had done.

Reyes Jr. has been booked and faces one charge for second-degree murder and one for aggravated assault with a deadly weapon.

RELATED: 'Black widow,' one of Vegas' most notorious murderers, out on parole after 20 years