Another sexual assault reported on an ASU campus 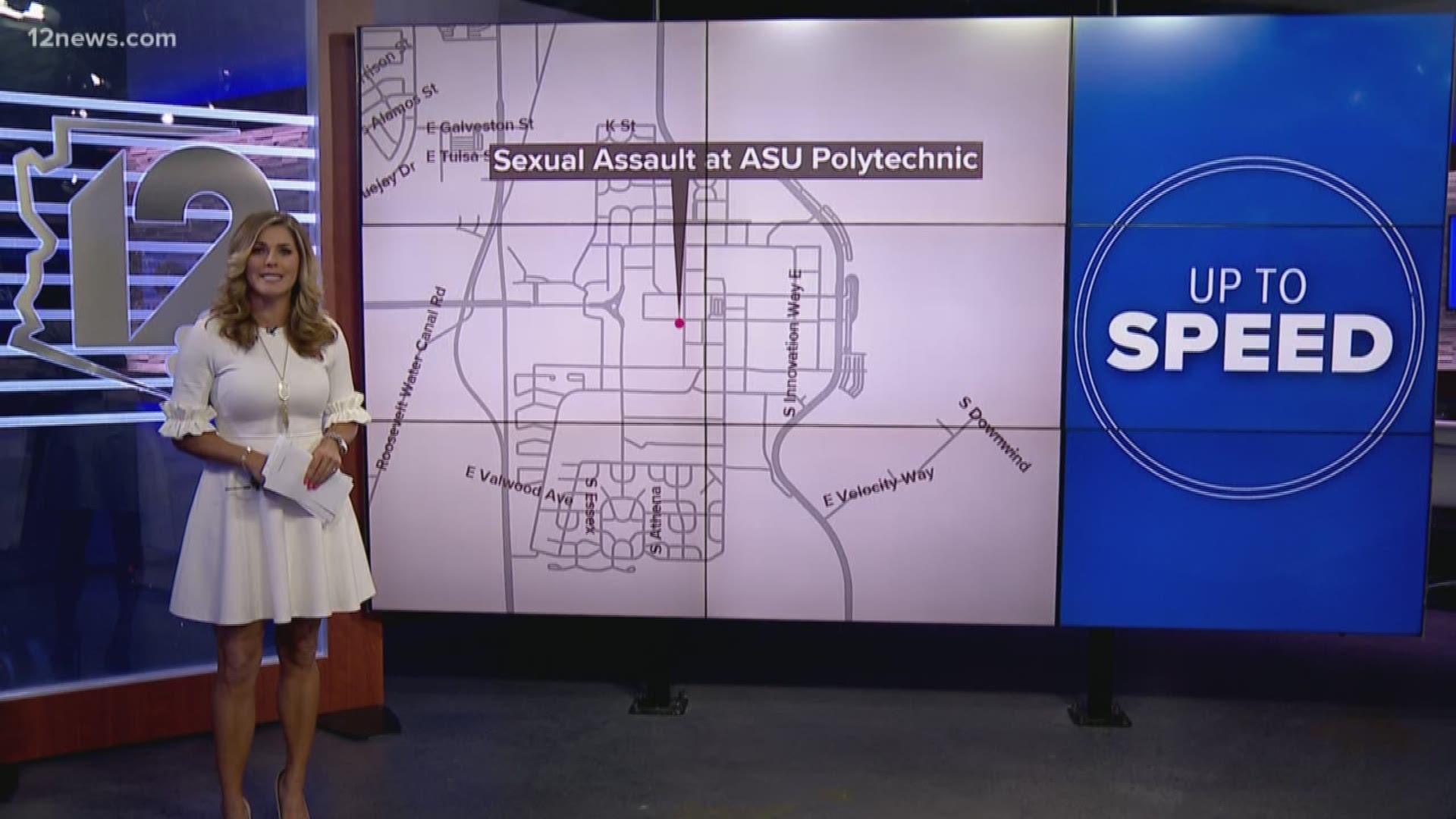 Police say a woman was raped in her room on an Arizona State University campus Saturday afternoon.

Police say the victim allowed the man into her room, and he then raped her.

ASU police say the incident happened Saturday before 1:30 p.m. at the Polytechnic Campus.

The suspect has not been arrested. He is described as a 20-year-old man between 5-foot-5-inches and 5-foot-6-inches tall, weighing about 200 pounds. He has a muscular build, brown hair and brown eyes.

Police say the suspect met the victim on social media.

A woman was sexually assaulted at a Tempe residential hall on Sept. 14, police say.

A woman was sexually assaulted in a vehicle parked on the Tempe campus on Sept. 29, police say.

Police have not announced arrests in these cases.

In August, women were touched inappropriately in separate incidents in parking lots on the Tempe campus, police say. A man was arrested in the incidents on Oct. 15.

In September, a man on a bicycle reportedly grabbed four students inappropriately as he rode by, police say. Police have not arrested a suspect in this case.